The Schlossberg Zeitz with the early Baroque Moritzburg Palace, the gatehouse, and the cathedral form an impressive ensemble. The surrounding palace park, once the site of the State Garden Show, offers a diverse landscape to explore. The park includes the orangery with Baroque parterre, playful pleasure gardens, Rossner Park, an English landscape park, a Japanese garden, and extensive play areas for children. More than 1,000 m² of flowers fill the grounds each spring and summer.

The History of Moritzburg Palace and Park

Moritzburg Palace is an outstanding example of an early Baroque three-wing building. It was built in the middle of the 17th century for Duke Moritz Wilhelm and his wife Maria Amalia. The Cathedral of Saints Peter and Paul is home to one of the oldest hall crypts in Germany as well as other Romanesque elements and is a stop on the Romanesque Route.

Starting in 1665, a Baroque pleasure garden and an orangery began to be built outside the palace walls with a Baroque parterre with water features down below, reachable by steps.

Between 1912 and 1935 the new owner of "Obermühle" Rossner converted the westernmost part of the former pleasure garden into a landscaped park for his own private use. In 1954, the park was turned into a public park with a pond, deer park, and children's playground.

The Zeitz State Garden Show in 2004, the first garden show in the state of Saxony-Anhalt, created the unique opportunity to turn the area around the palace into an attractive green space for ​​the city. Rossner Park, which was at the core of ​​the garden show together with the Schlossberg, was the beneficiary of several historic preservation and restoration measures.

Moritzburg Zeitz Palace is home to several permanent exhibitions as well as the German Pram Museum. Additional points of interest in the city of Zeitz include the Romanesque St Michael's Church and the town hall with its richly decorated late Gothic gable. The town hall tower provides panoramic views of Zeitz and its surroundings. You might also want to check out "Subterranean Zeitz", a maze of underground passages created for beer production and storage in the Middle Ages. 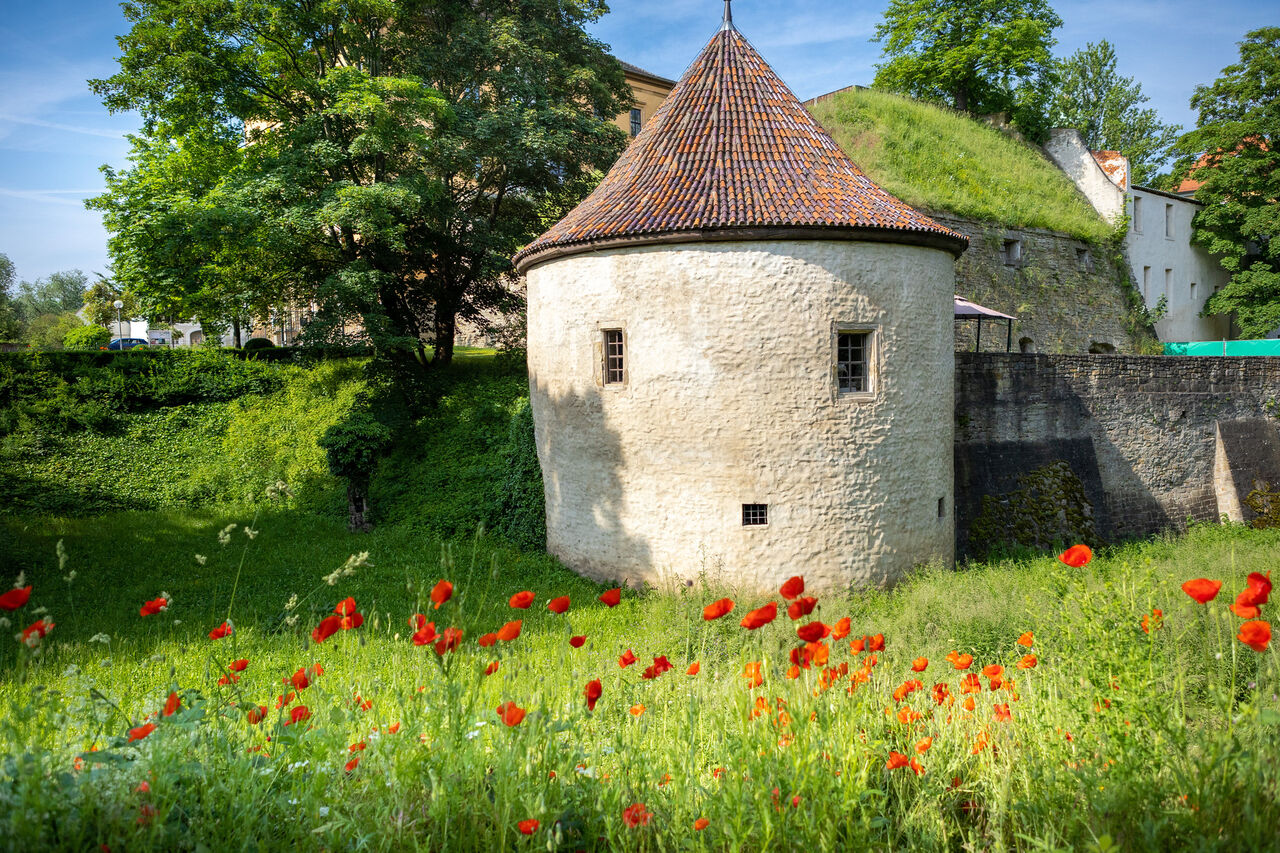 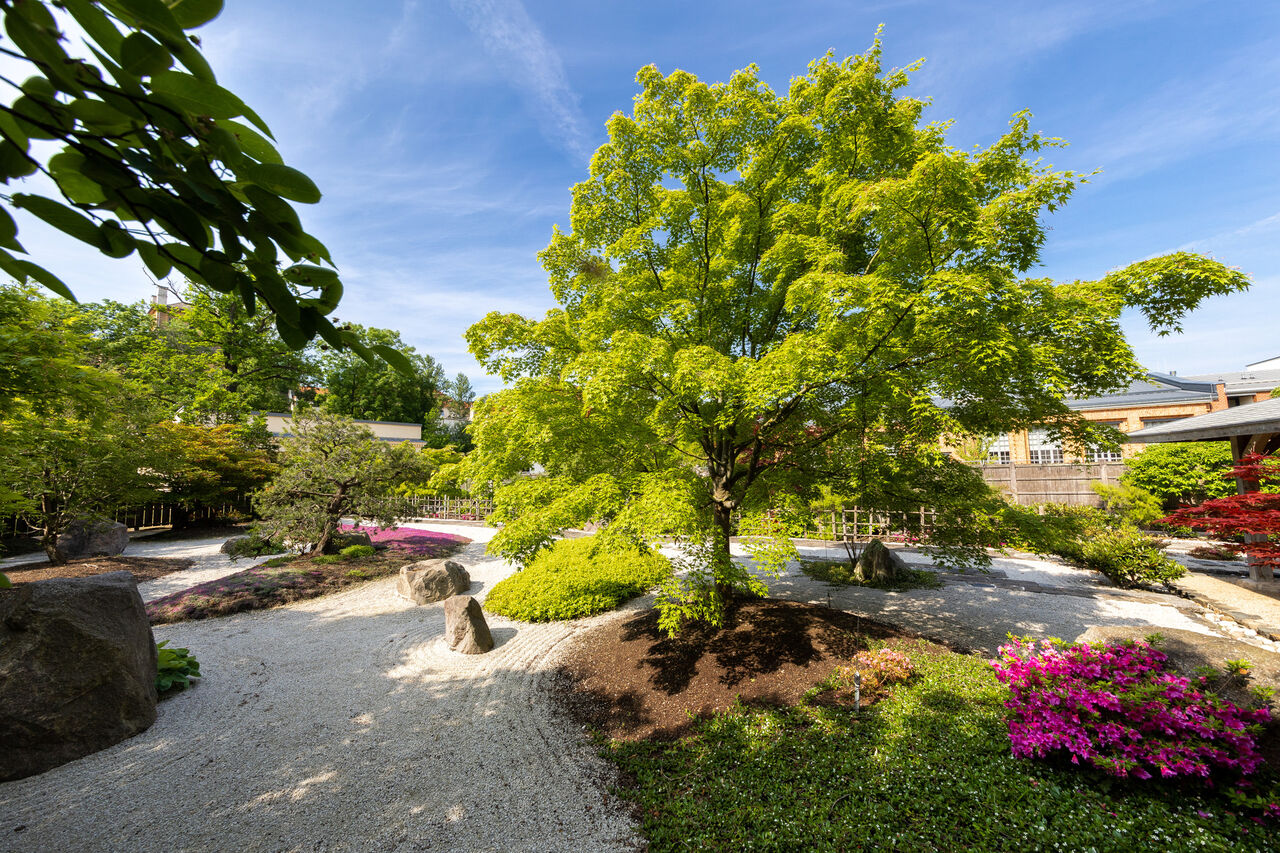 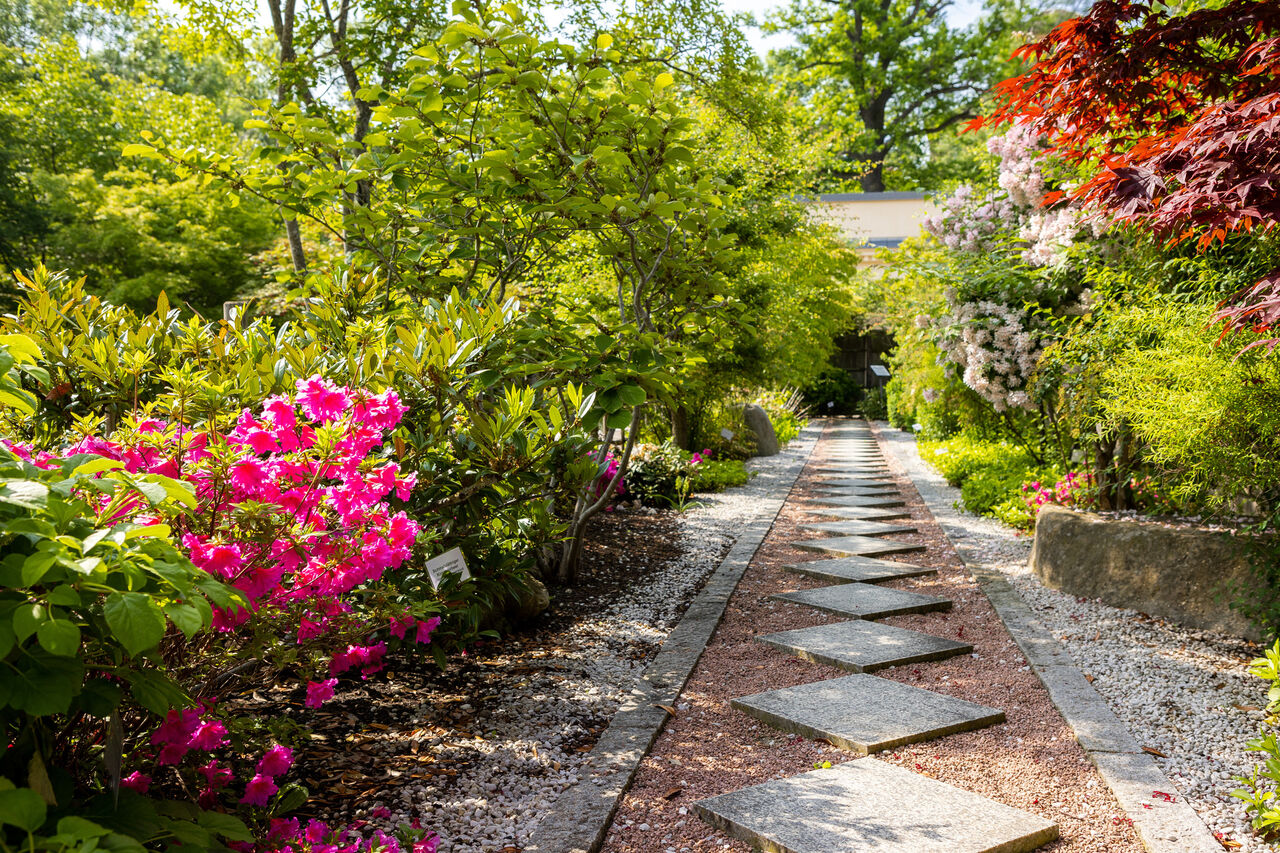 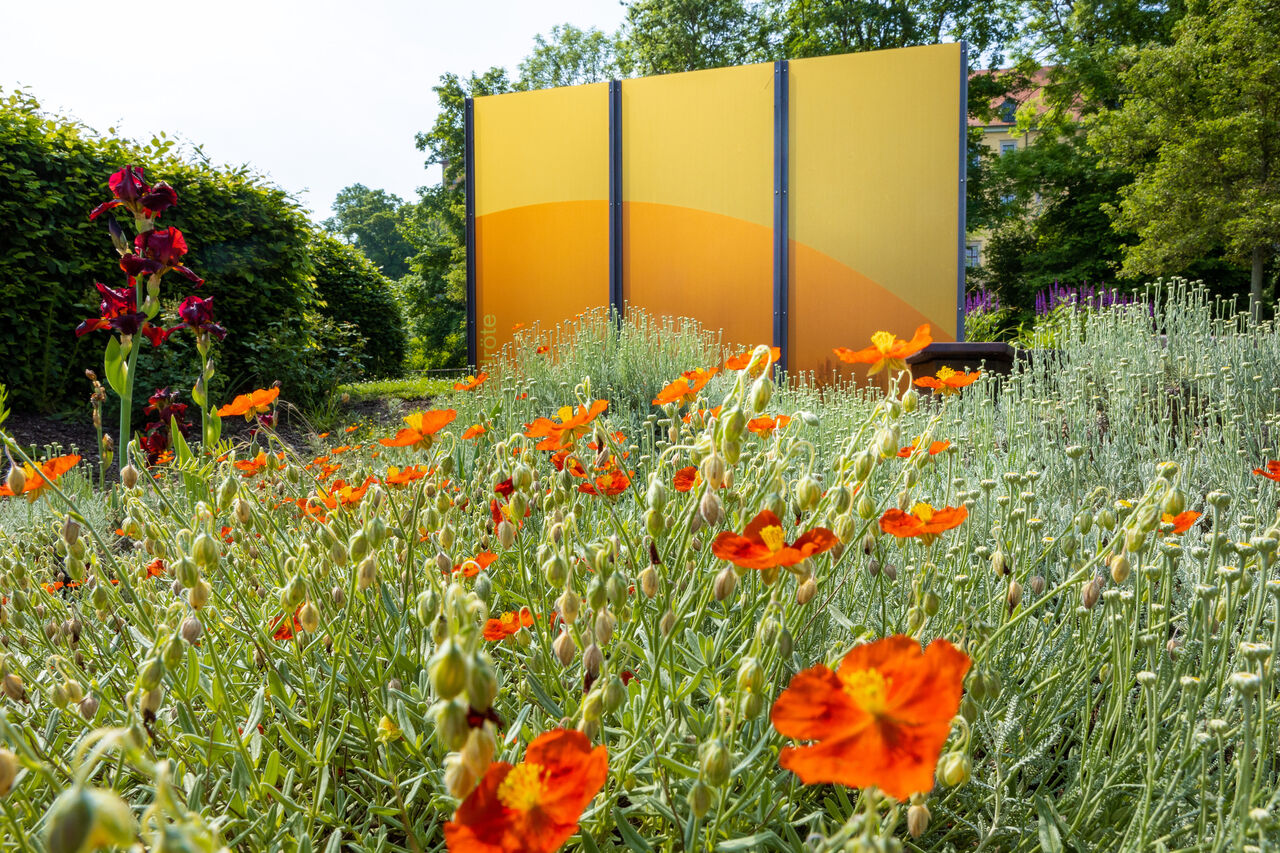 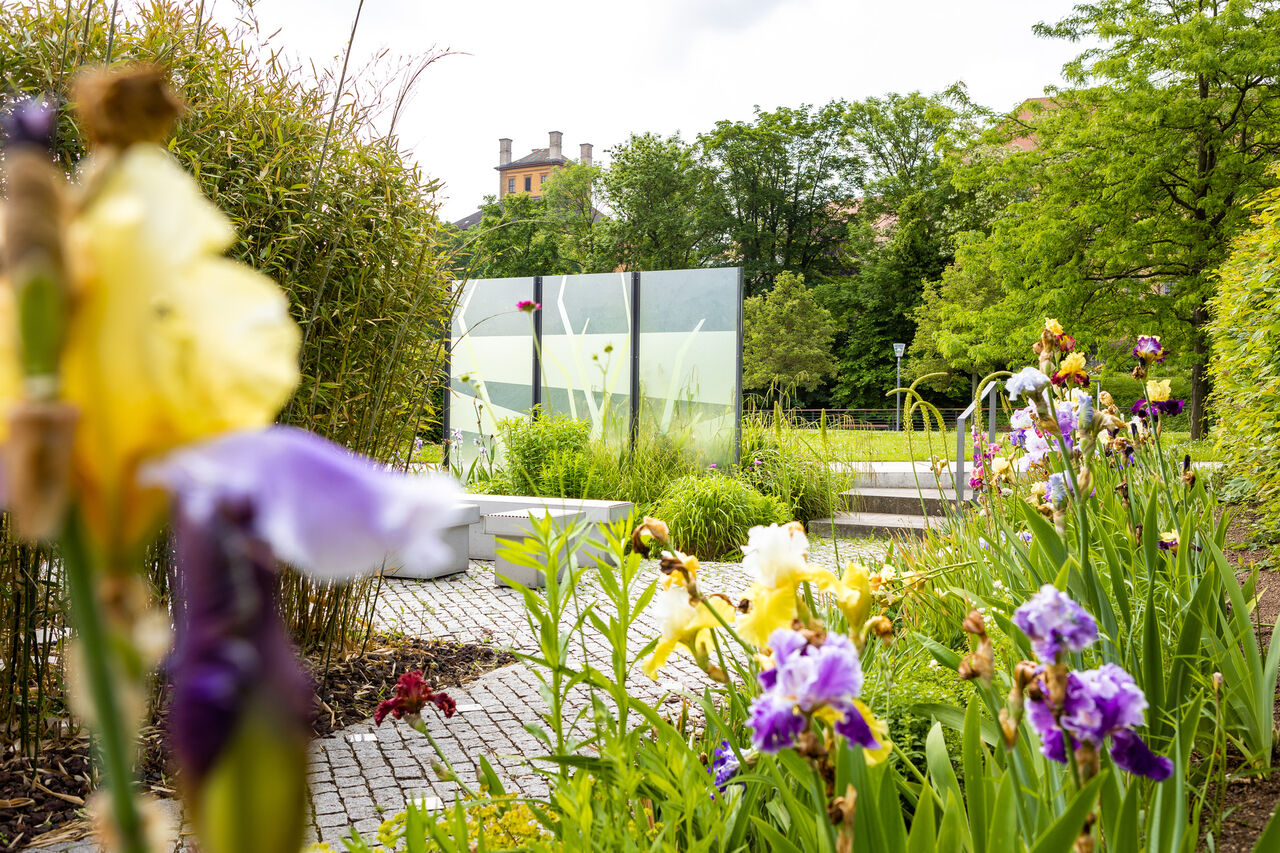 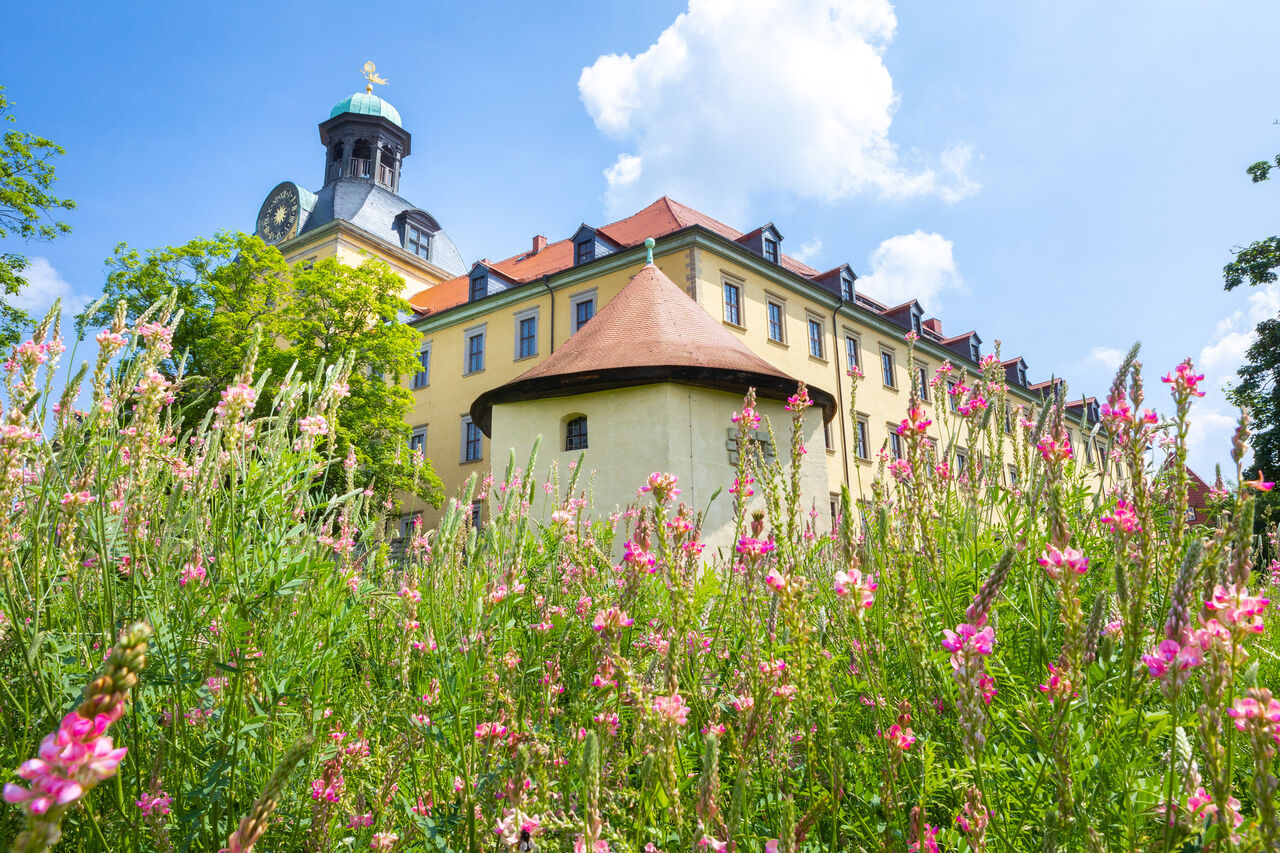 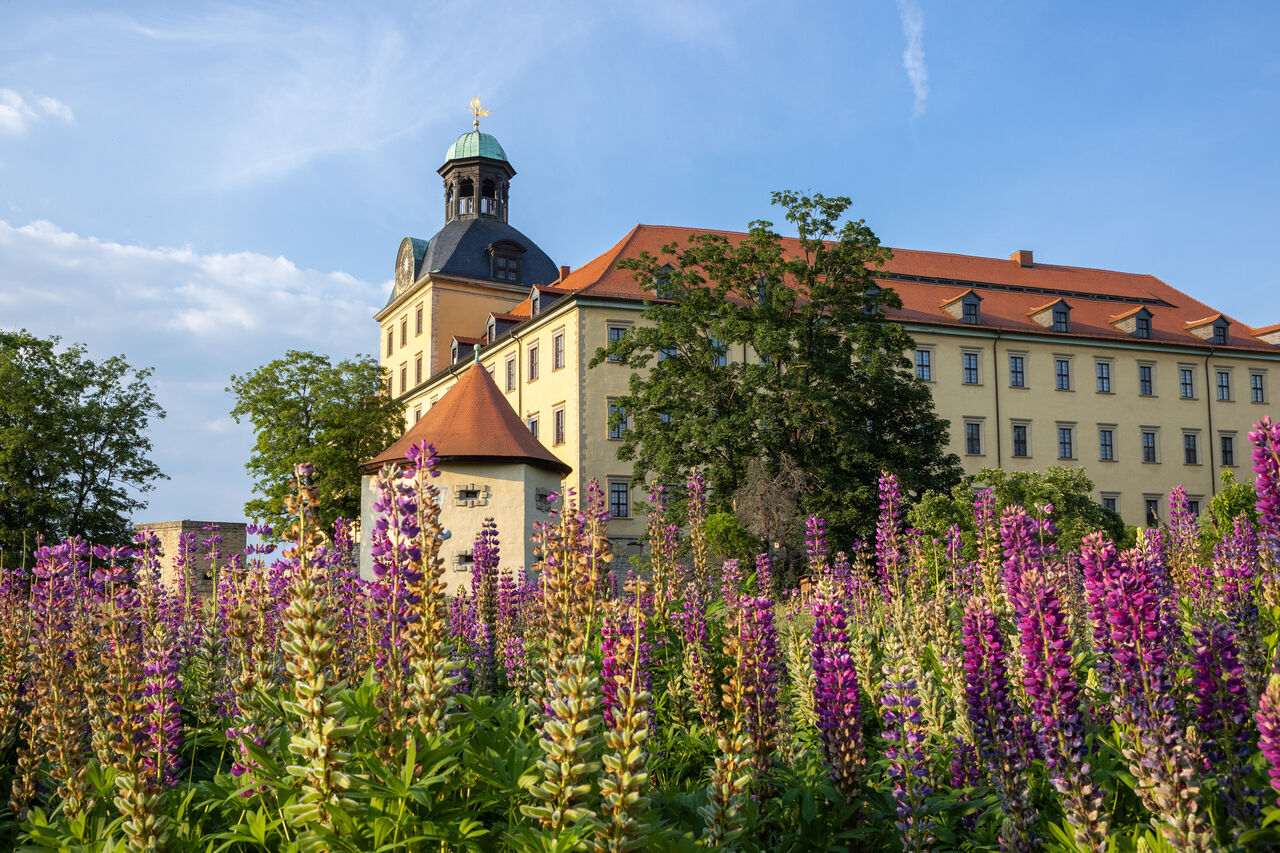 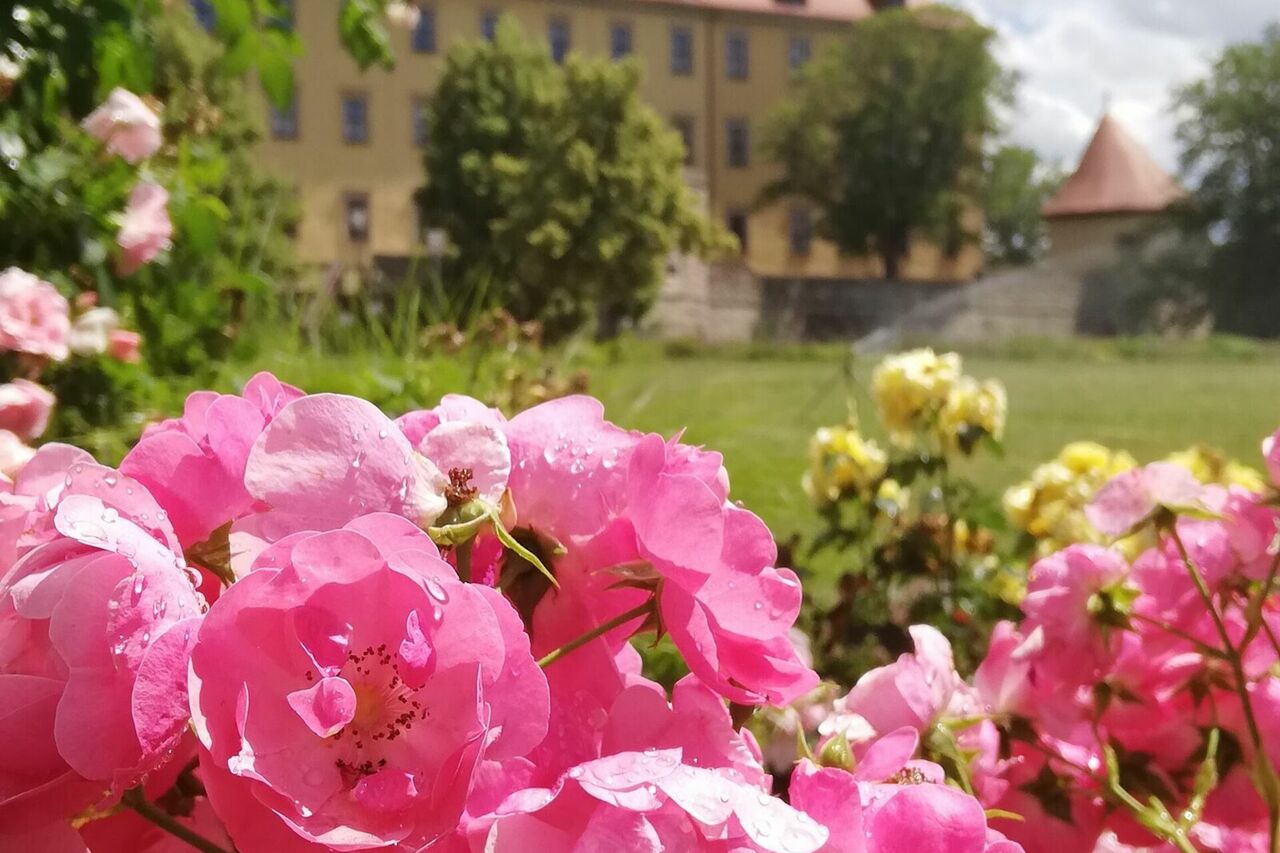 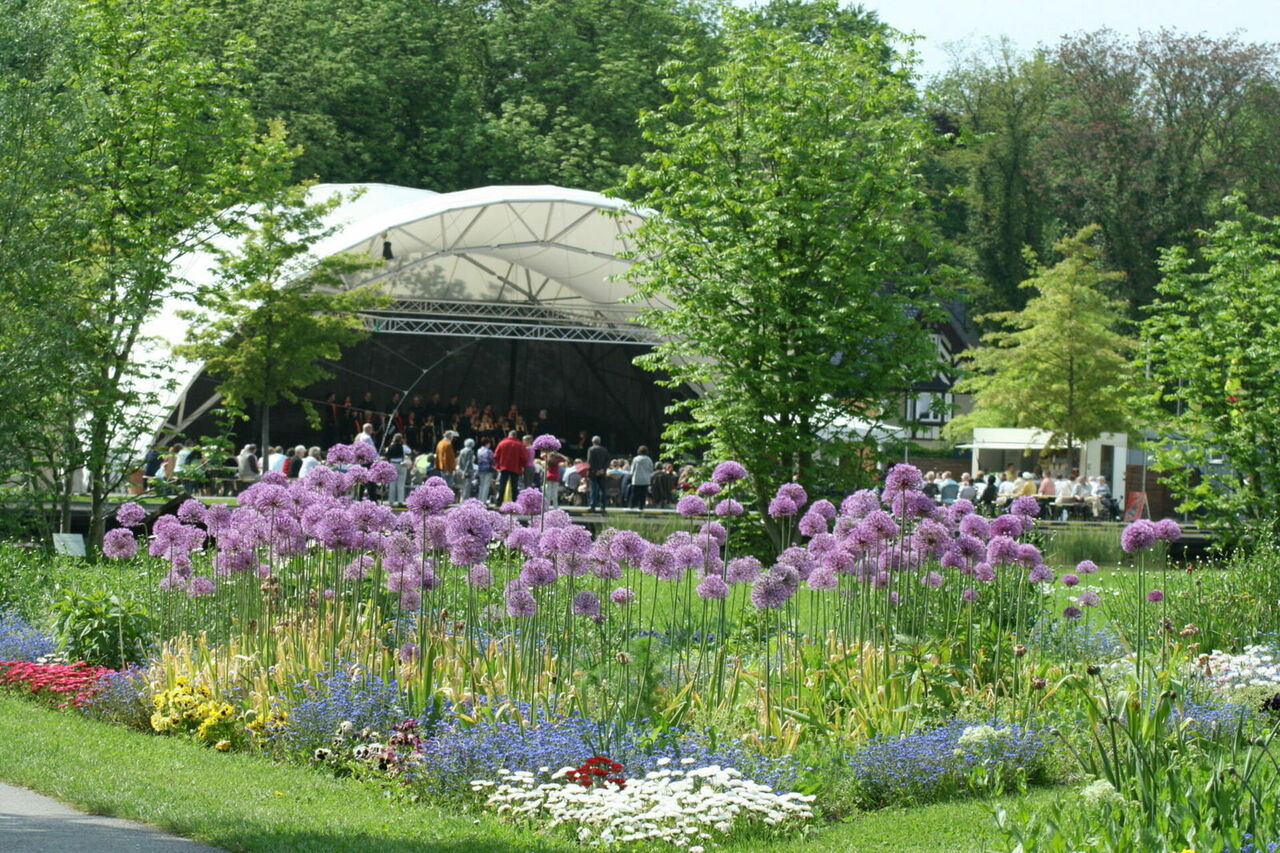 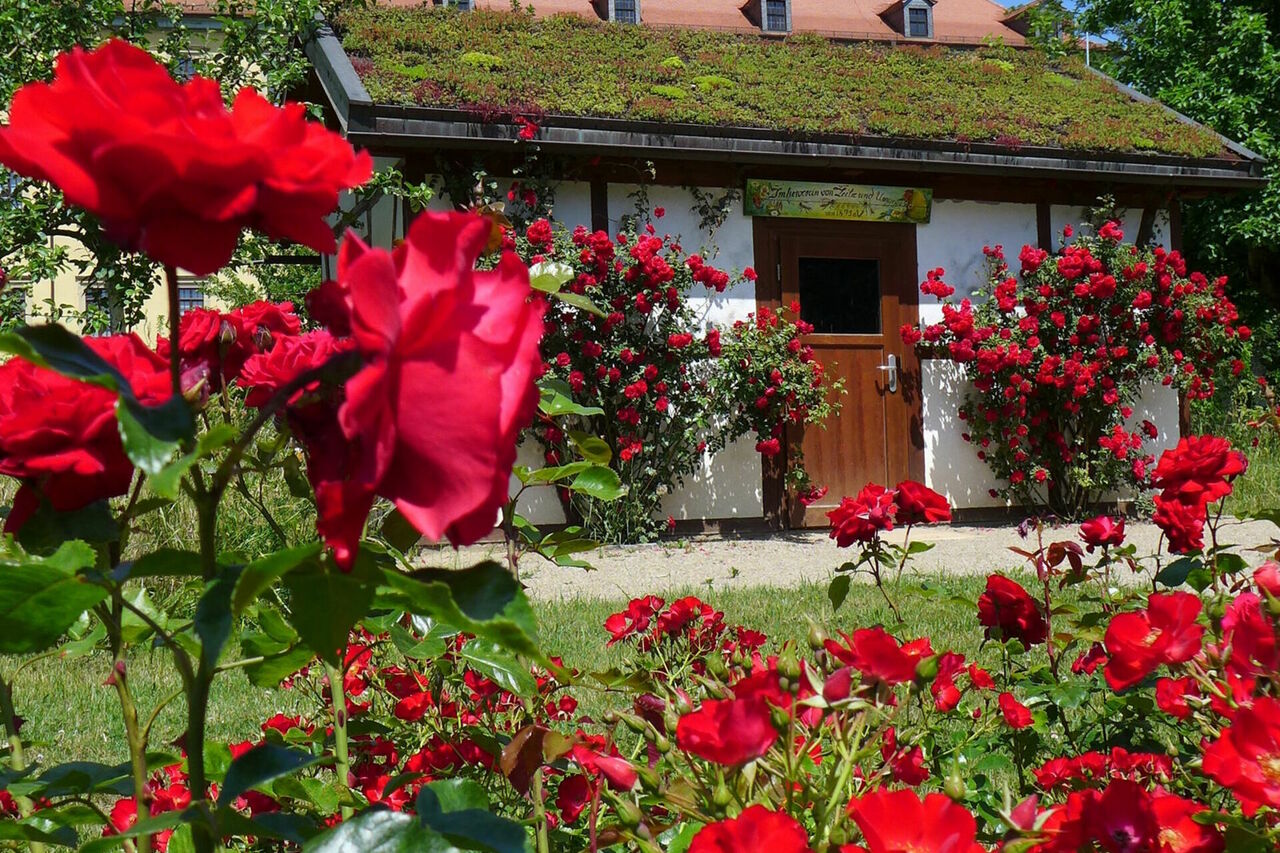 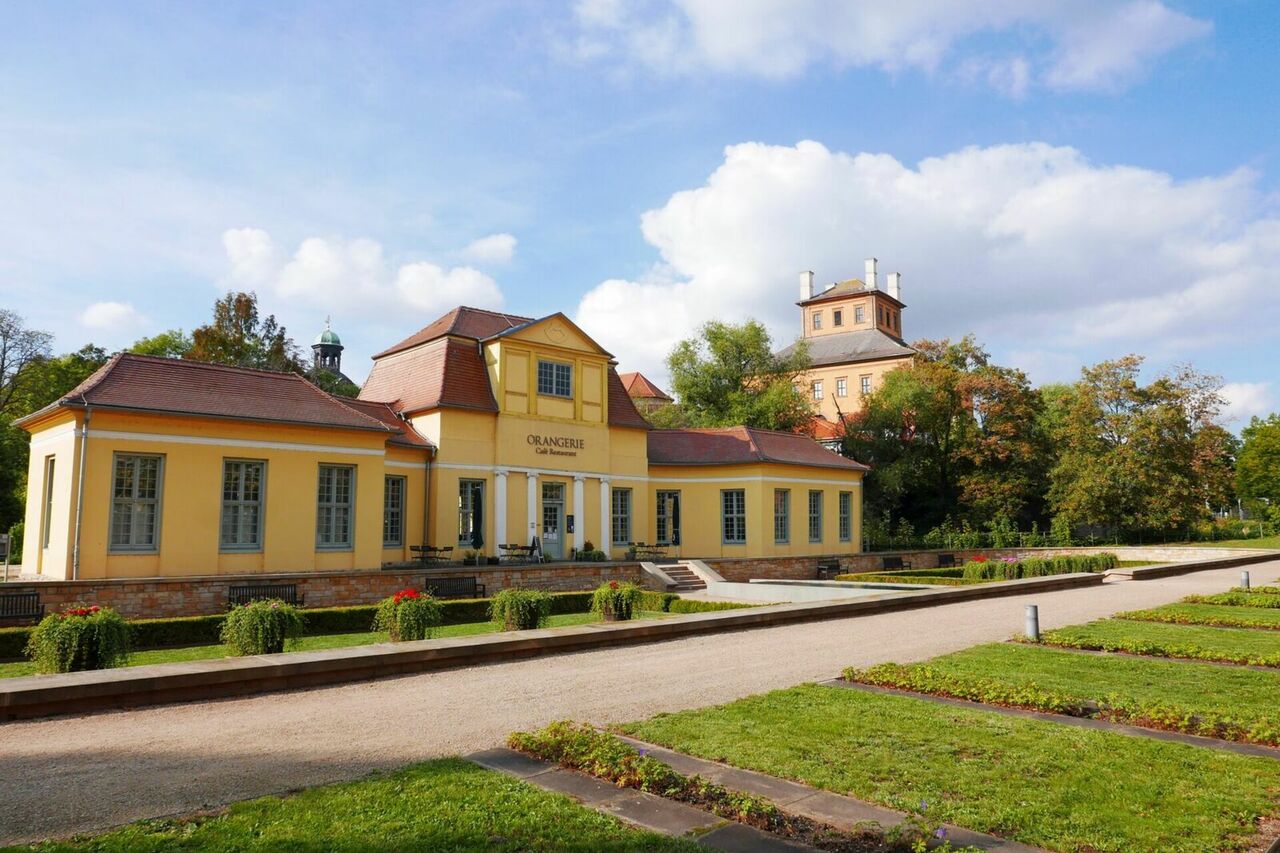 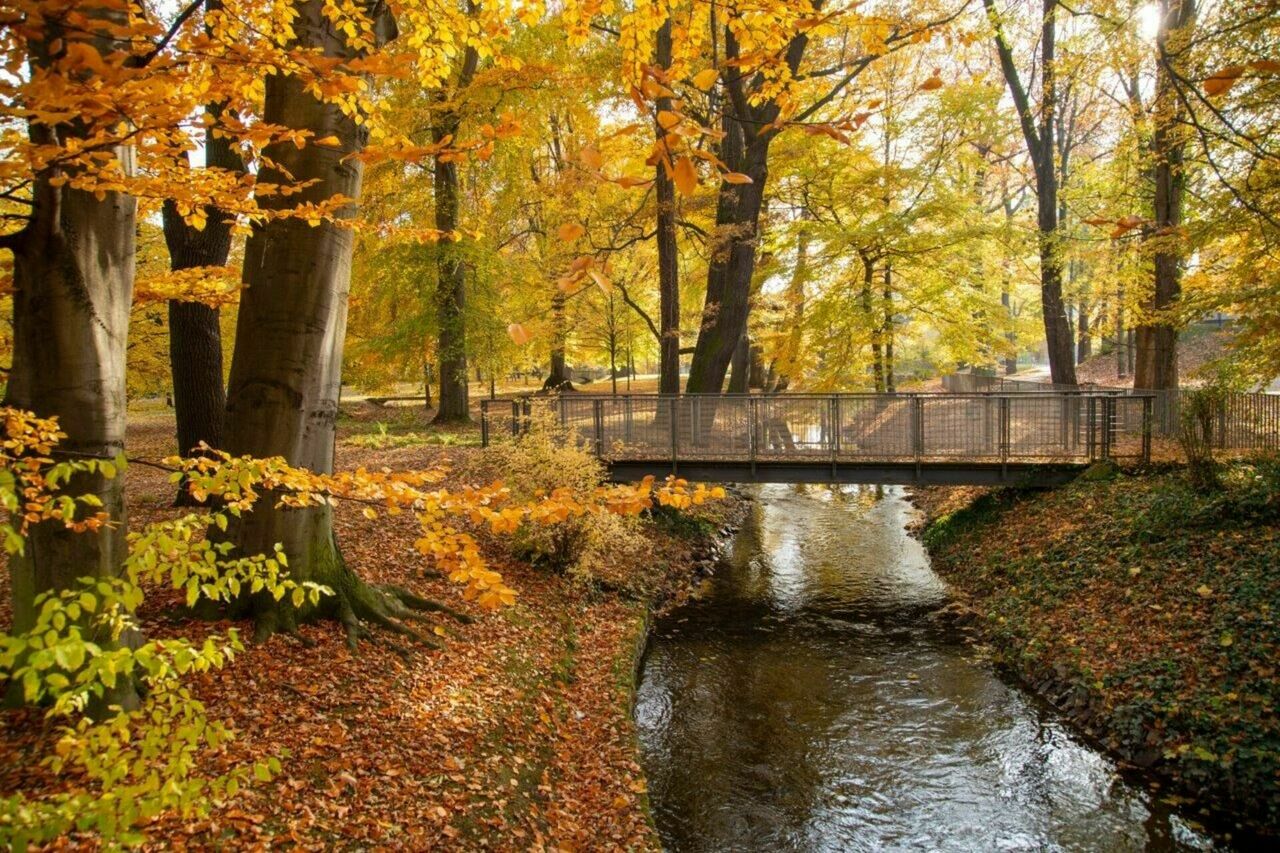 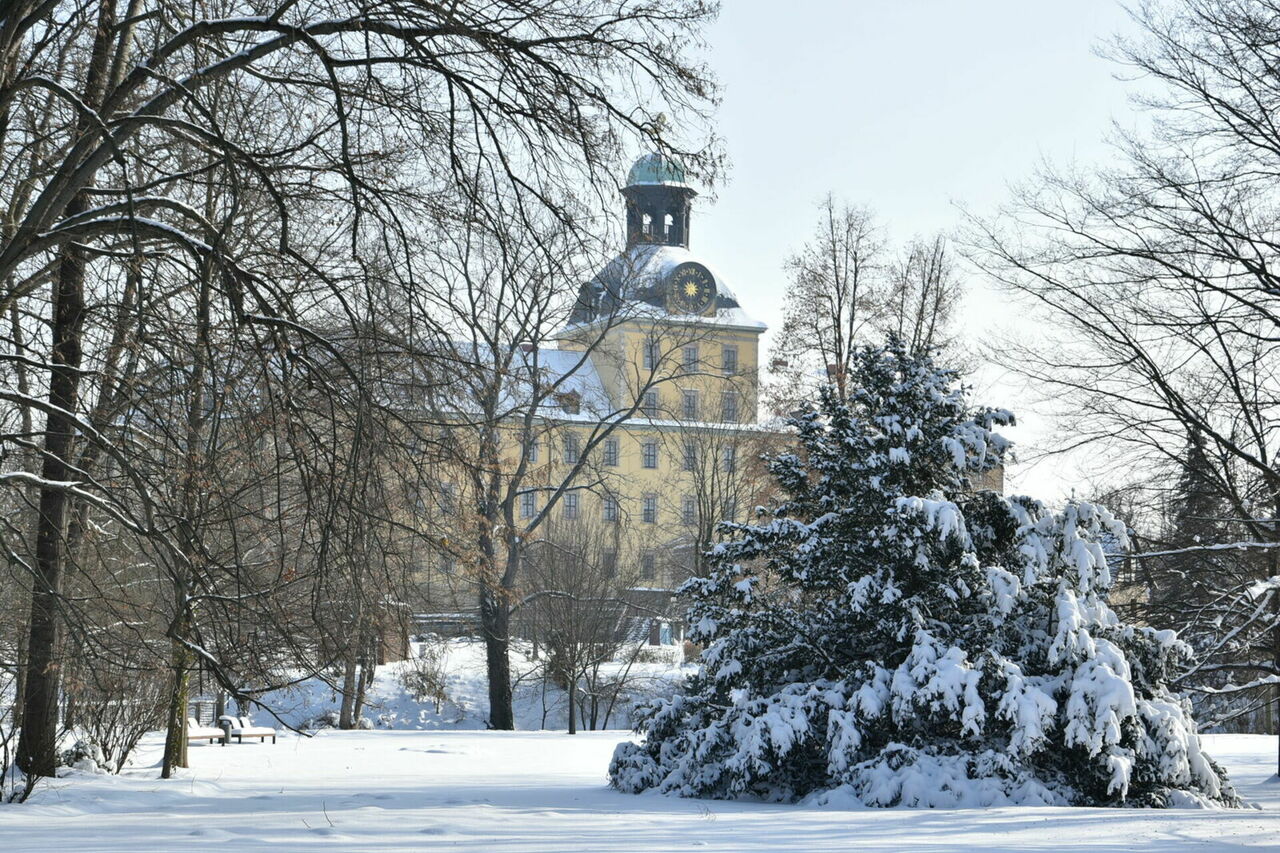 Park
Daily open from April to October: 10:00 a.m. to 6:00 p.m.
There may be deviations from the regular opening times at events.


Entrance at orangery
With admission fee, closed during winter months

Dogs are not permitted in the park. At the entrance of the orangery are dog kennels for free use.

Guided tours through the exhibitions in the museum after registration (interpreter necessary)
Tel.: +49 (0)3441 / 21 25 46, moritzburg@stadt-zeitz.de

Information about accommodation in Zeitz

Numerous themed gardens, such as an orchard with apiary, a kitchen garden, and the "Green Classroom" offer plenty to do.

In addition, numerous events for families are held.

Elster Cycling Route:
This cycling route follows the Weiße Elster river from its source in the Czech Republic to its confluence with the Saale, passing by the Moritzburg Zeitz palace park.
www.sachsen-anhalt-tourismus.de

There are 5 routes to climb the sandstone wall of the moat.