The heart of the oldest city in Saxony-Anhalt offers diverse gardens and parks that were renovated or created for the 2010 State Garden Show. Promenades and play areas enliven the Herrenbreite. The Bestehornpark offers contemporary garden design. The romantic city park captivates visitors with its old trees, a plant library, the Aschersleben globe, and a beautiful rose garden. A green promenade runs around the city centre along the city fortifications, with numerous historic towers that have been preserved.

More information about the parks and gardens in Aschersleben

The Herrenbreit, the "green salon" of the city, is located close to the rail station. It was first mentioned in writing in 1373. Initially serving as as parade ground, it has since become a major fairground. To this day, Wilhelminian villas line the Herrenbreite.

The modern Bestehornpark offers impressive architecture directly opposite, on the grounds of the former Bestehorn paper mill. The "Flüsterolearien" named after Aschersleben polymath Adam Olearius is an inviting spot to linger and listen. It tells you interesting stories about the town of Aschersleben once you take a seat.

Moments of peace and quiet are also offered under the shade of the ancient trees in the city park. The site was used as a cemetery from 1820 and some gravestones remain along the park's walls. Since the State Garden Show, the paths here now converge on the Aschersleben Globe. The three-tonne bronze sculpture by Berlin artist Oliver Störmer was created in collaboration with the German Research Centre for Geosciences in Potsdam and the town of Aschersleben in memory of Adam Olearius Gottorfer's giant globe. In addition, the city park is also home to a phytotheque (plant library).

The Rosarium is directly adjacent to the city park. Its design dates back to 1938. The restored historic paths, lawns, and rose beds are as inviting today as is the replica of the original fountain with circular benches, the rose arches at the roundabout, and other charming plantings.

The terraces give plenty of room for play and recreation along the River Eine; they can be reached through the opening in the city park wall.

Magnificent views of the historic Old Town and into local history are granted by the 2 km promenade ring around the former city walls.

In June 2012, the "Neo Rauch: Graphic Work" exhibition opened in Bestehornpark with etchings, lithographs, and prints by Aschersleben native and member of the "New Leipzig School". Aschersleben is also home to the first gallery in Germany that can be visited by car. The "Drive Thru Gallery" shows works of art in various styles in gaps and vacant buildings around the ring. 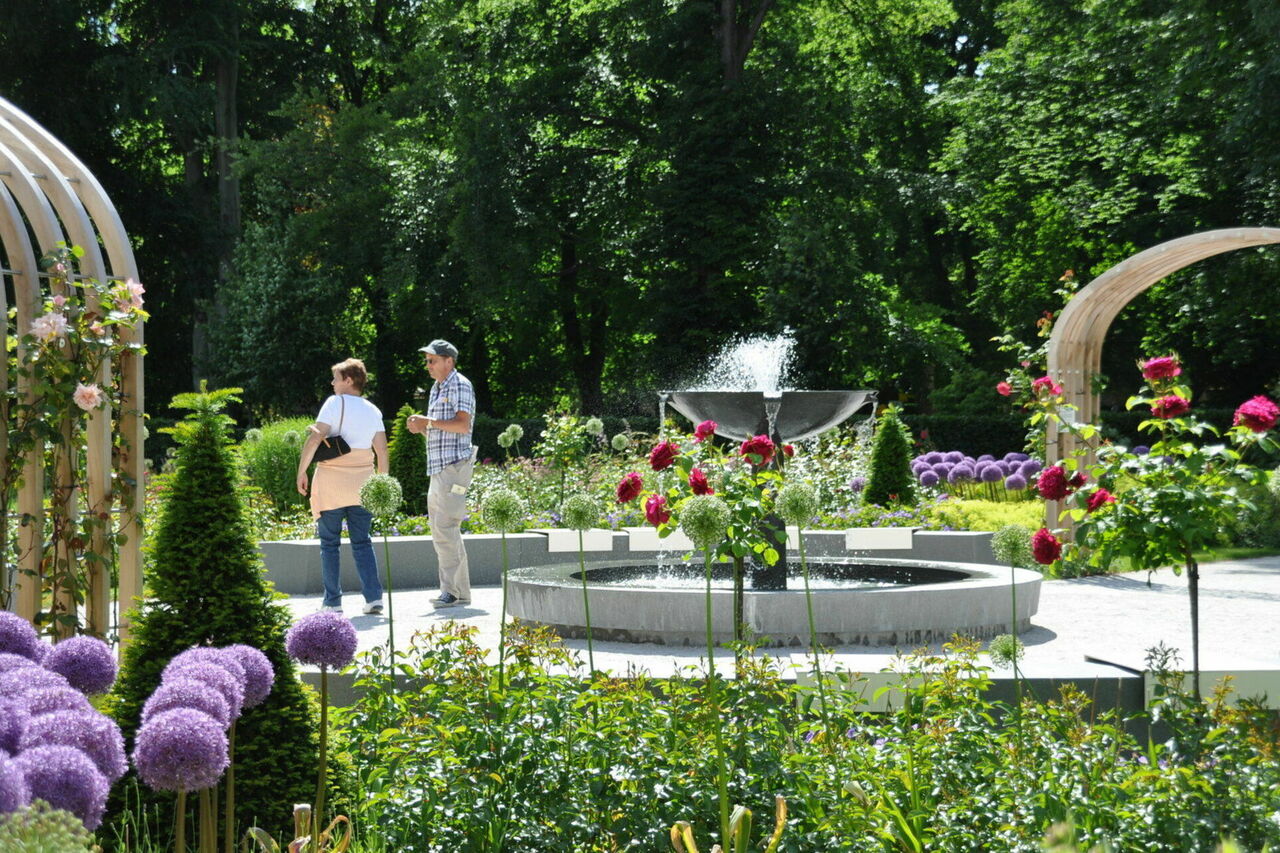 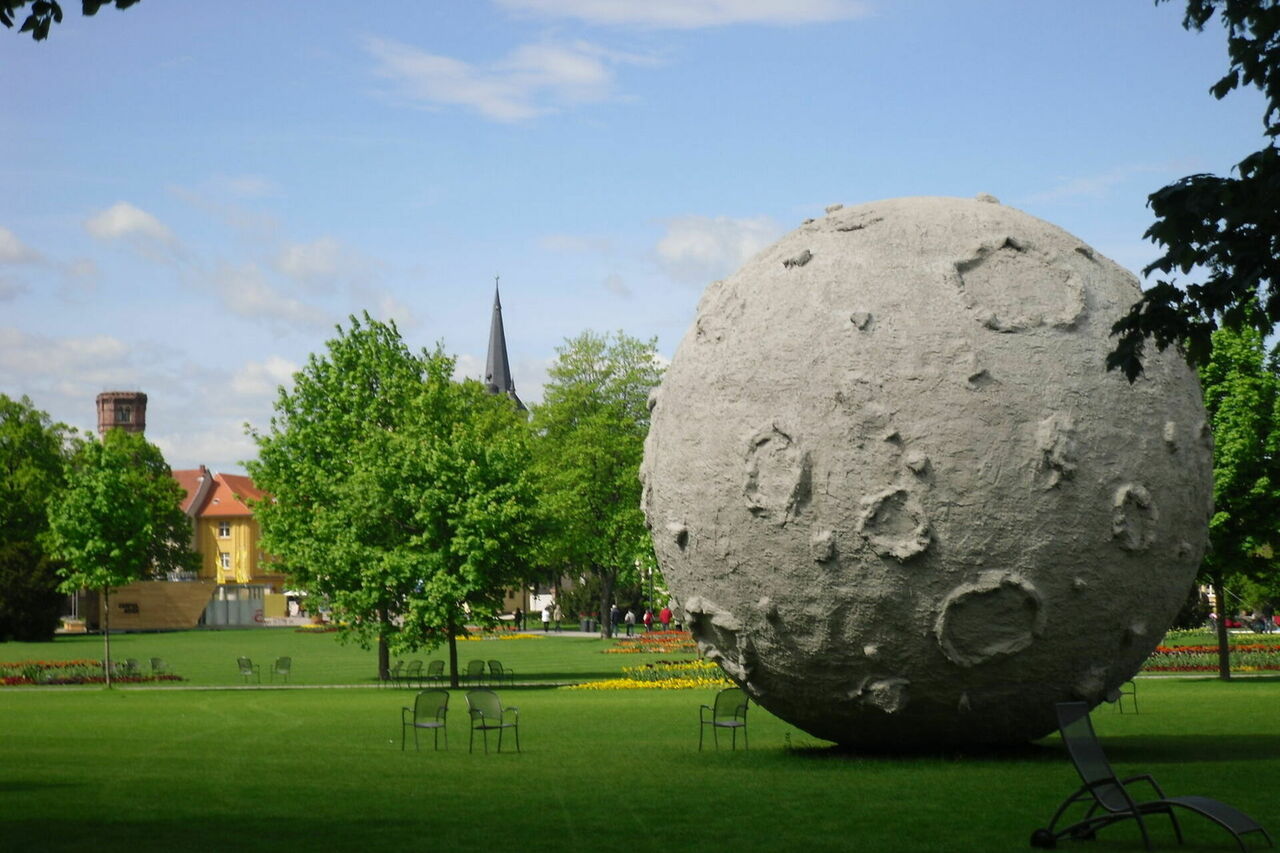 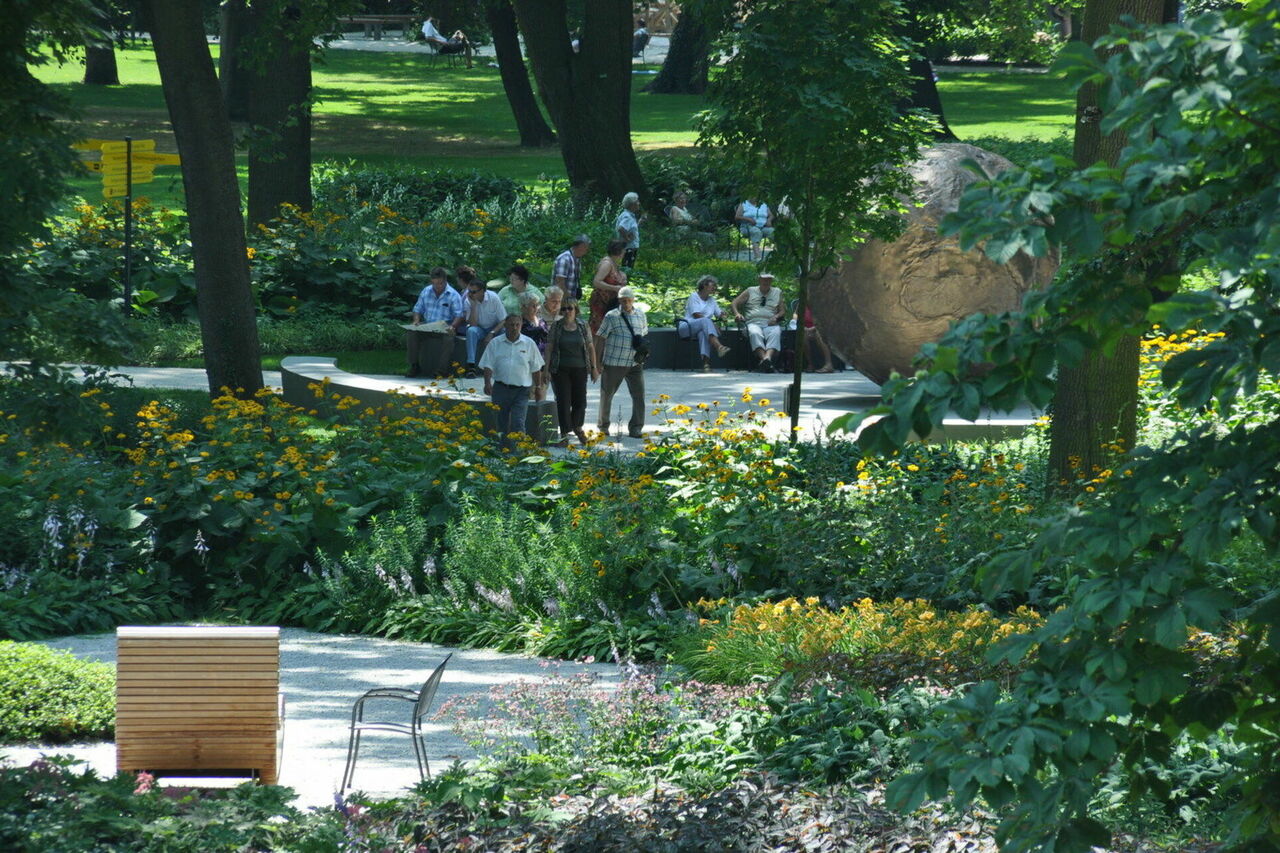 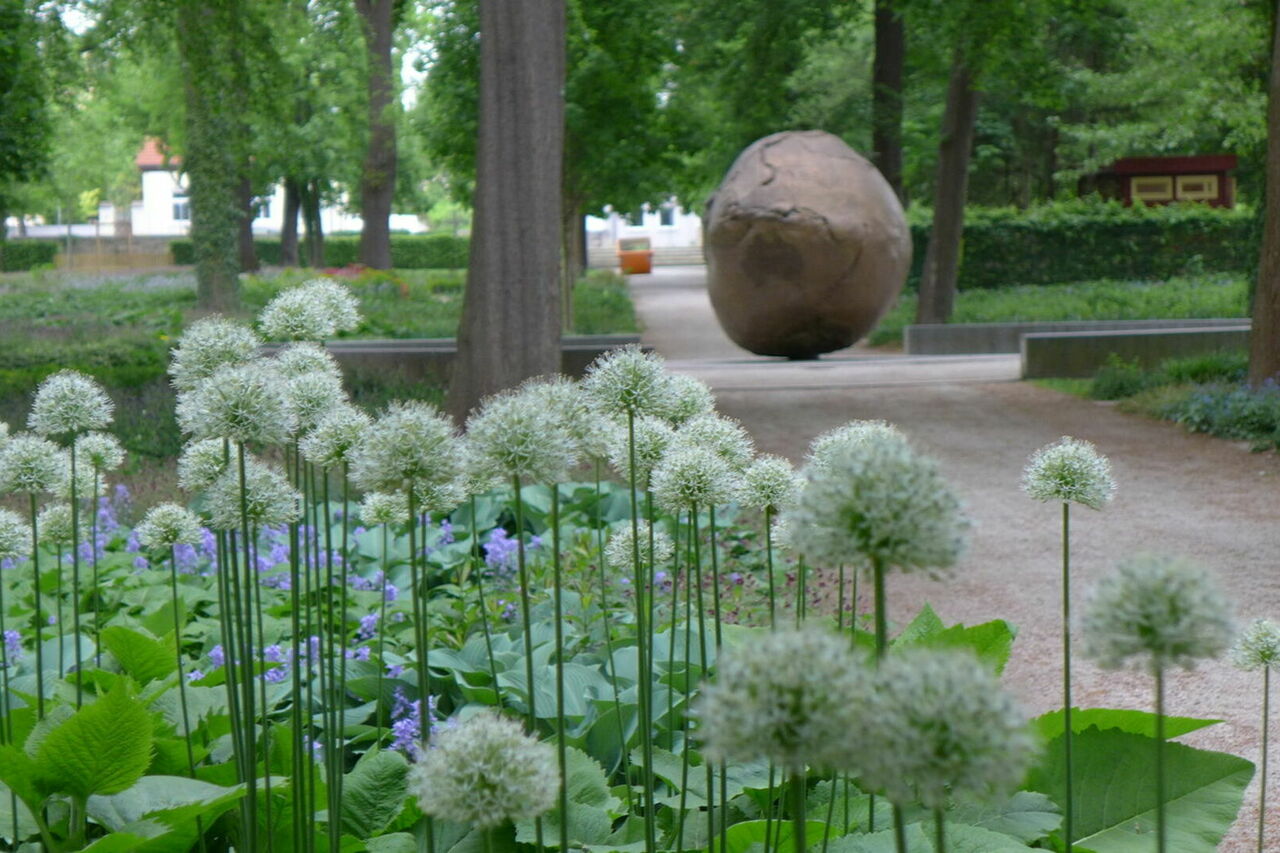 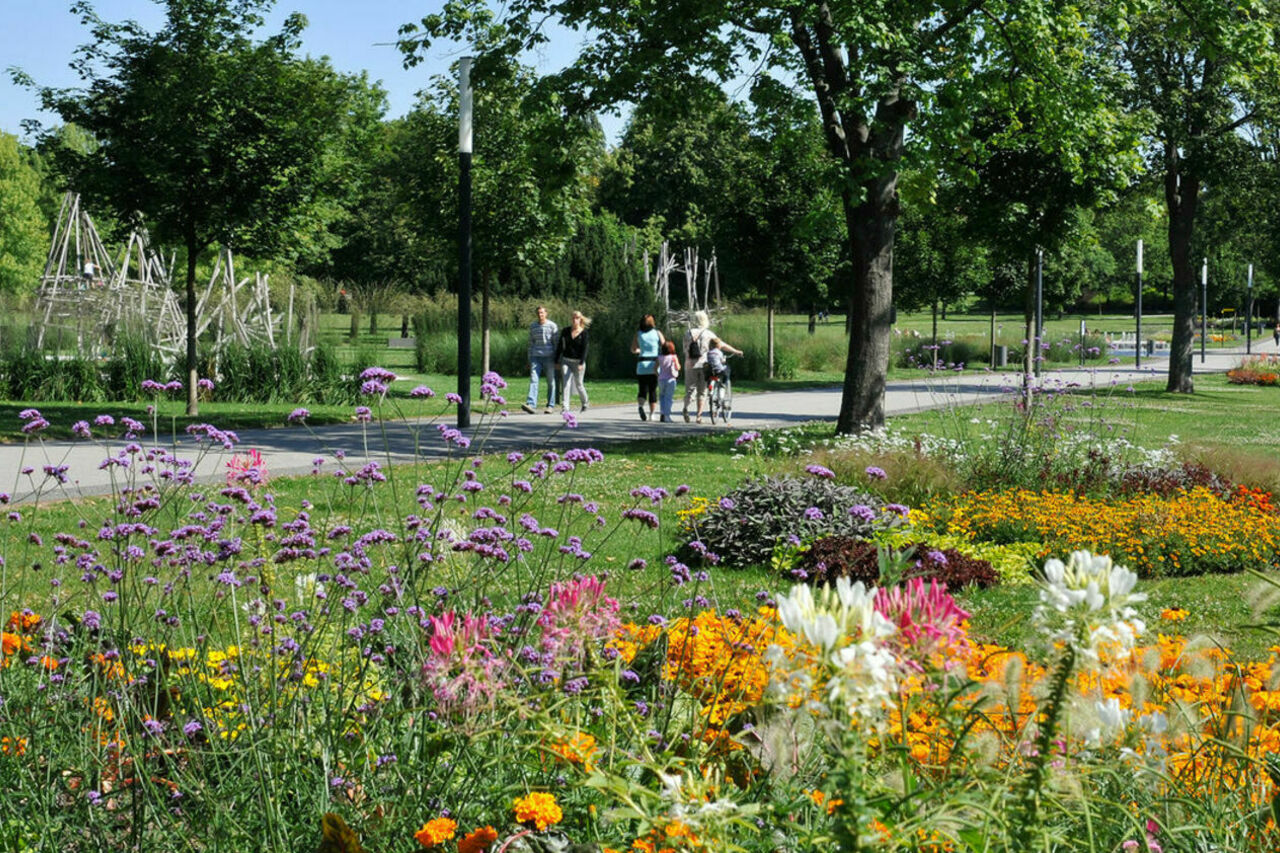 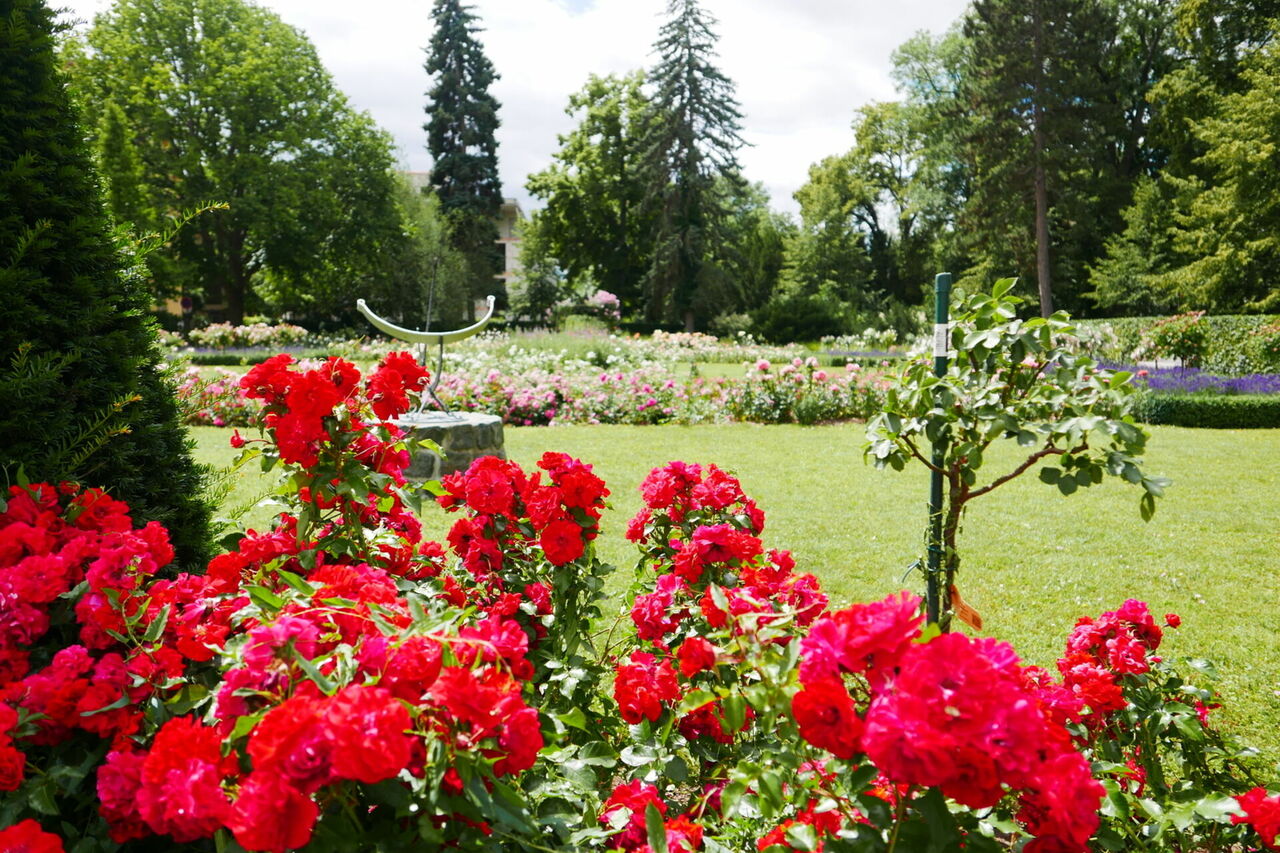 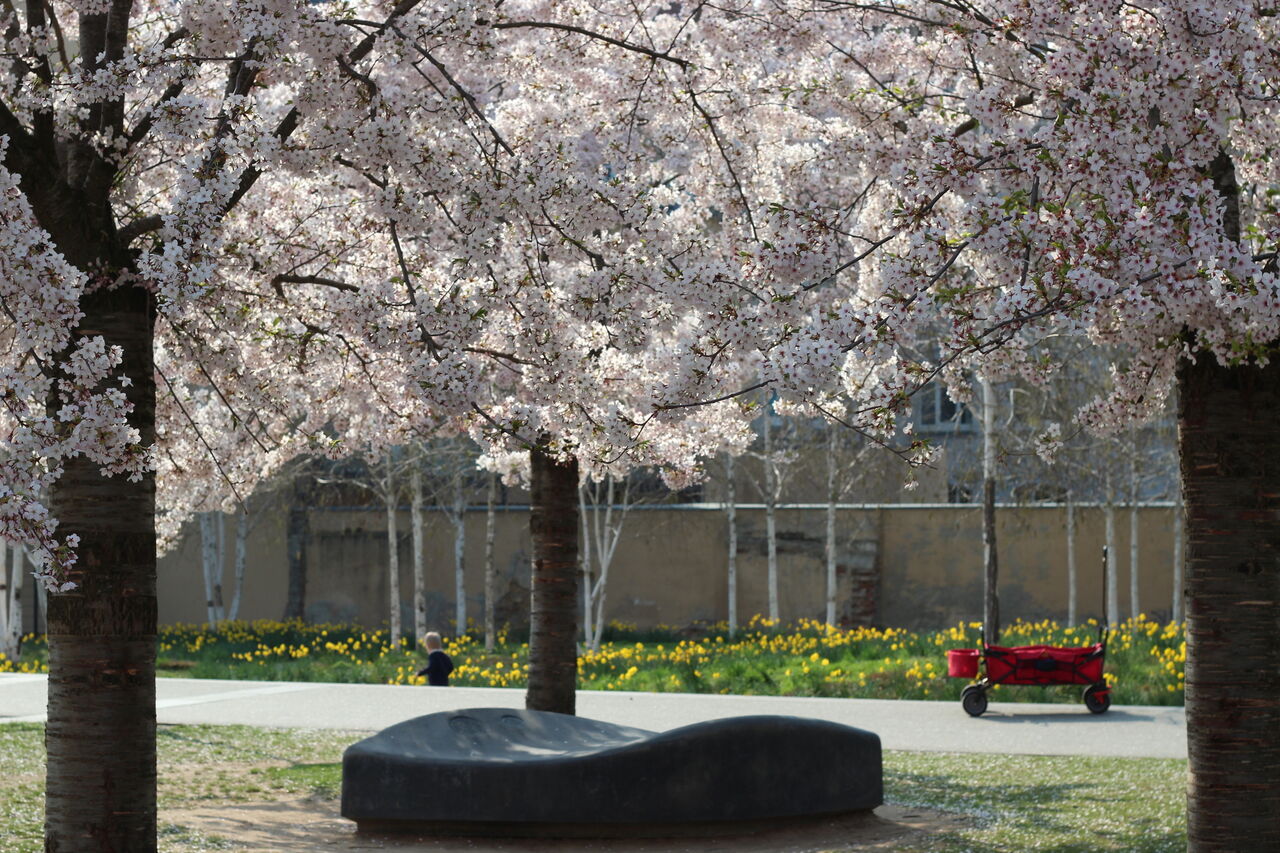 City Ring
year round, around the clock, free admission

Arriving by bus or train
From Aschersleben station, by foot to the parks

Various restaurants and cafés are in the city.

There are many playgrounds in the parks.