Park pond, pavilions, a bathhouse, topiary avenues, and colonnades dominate the exciting eastern section of the historic spa grounds in Bad Lauchstädt. The western part of the park along the River Laucha is landscaped and perfect for a stroll. The park was created at the end of the 18th century by Merseburg master builder Johann Wilhelm Chryselius. The historic spa facilities include the 200-year-old Goethe Theatre, which continues to have an extensive calendar of performances to this day.

History of the Historic Spa and Goethe Theatre in Bad Lauchstädt

The mineral spring discovered around the year 1700 in Lauchstädt led to its rapid development into a fashionable spa town visited by the nobility and the rising bourgeoisie from the surrounding region. The simple facilities were no longer deemed adequate by the prince electors in Dresden, so they hired Merseburg master builder Johann Wilhelm Chryselius in 1776 to redesign the site.

He created a delightful late Baroque spa facility centred by the spring surrounded with a stone balustrade. The bathhouse was erected behind the spring and the colonnades were added to the east. Chryselius also integrated the palace and the pond adjacent to the promenade into his design. The park's main axis thus ran from the palace gates past the spring and on to the bathhouse.

It was not long before the site's use as a spa began to fade, but the construction of the Goethe Theatre in 1802 revitalised Bad Lauchstädt. The original stage technology is still used to this day. After the Congress of Vienna (1814-15), Bad Lauchstädt fell to Prussia. The spa and theatre lost their former importance and the spa operation was shut down in 1941.

After a flood in the 1960s, the spa facilities were reconstructed and partially redesigned. The front part is designed with decorative flowerbeds, hedges, and regimented rows of trees. The rear part along the Laucha with its large meadows and old trees is modelled on an English landscape park.

The town of Merseburg lies to the east of Bad Lauchstädt. Its cathedral, palace, and gardens are all worthwhile sights to visit. 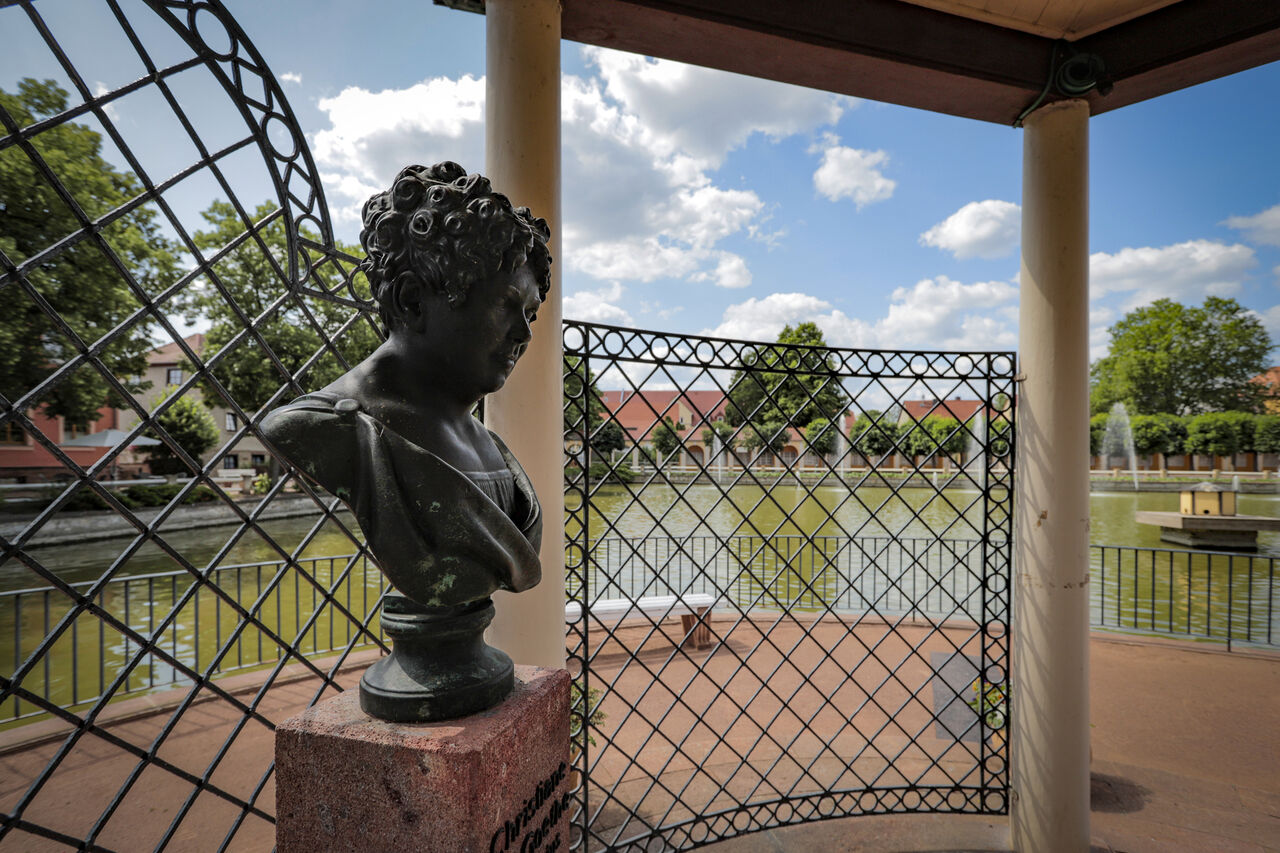 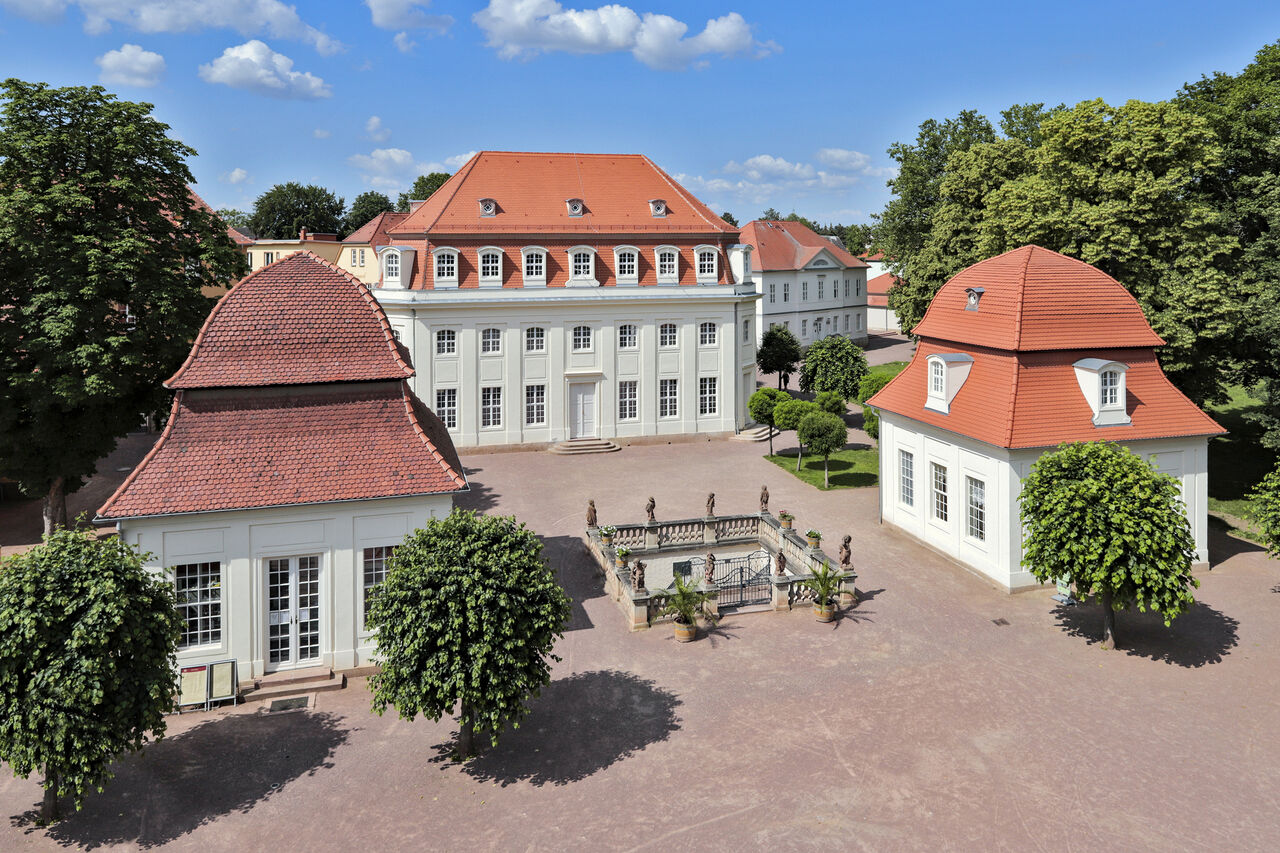 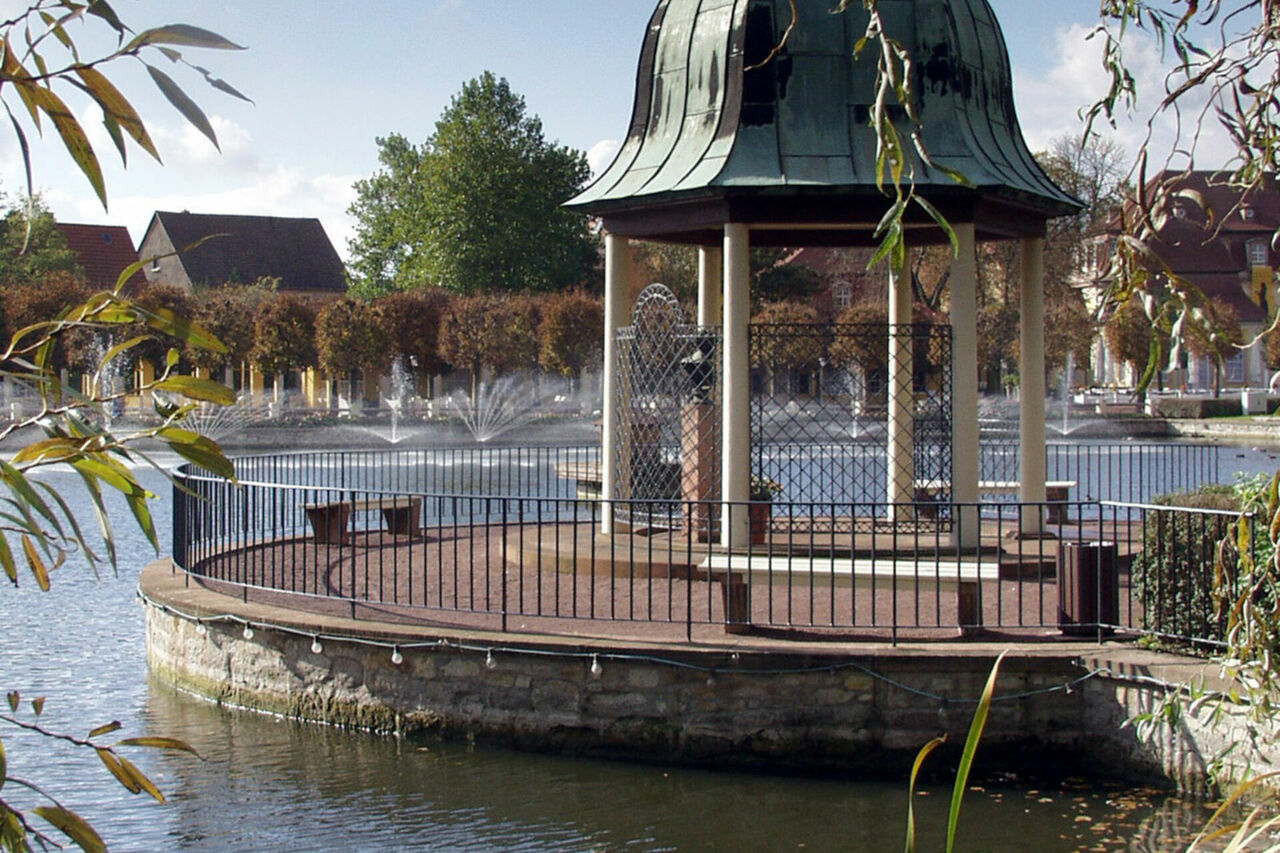 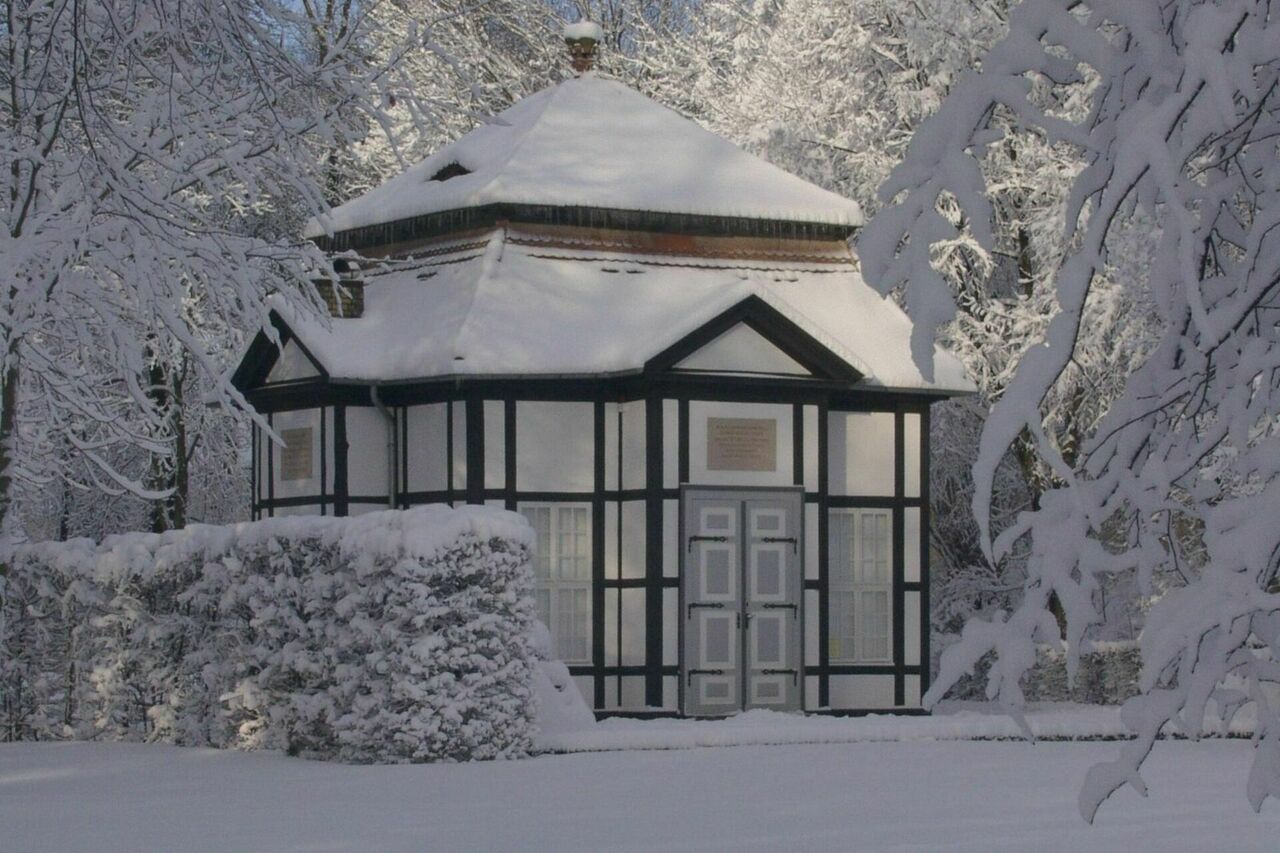 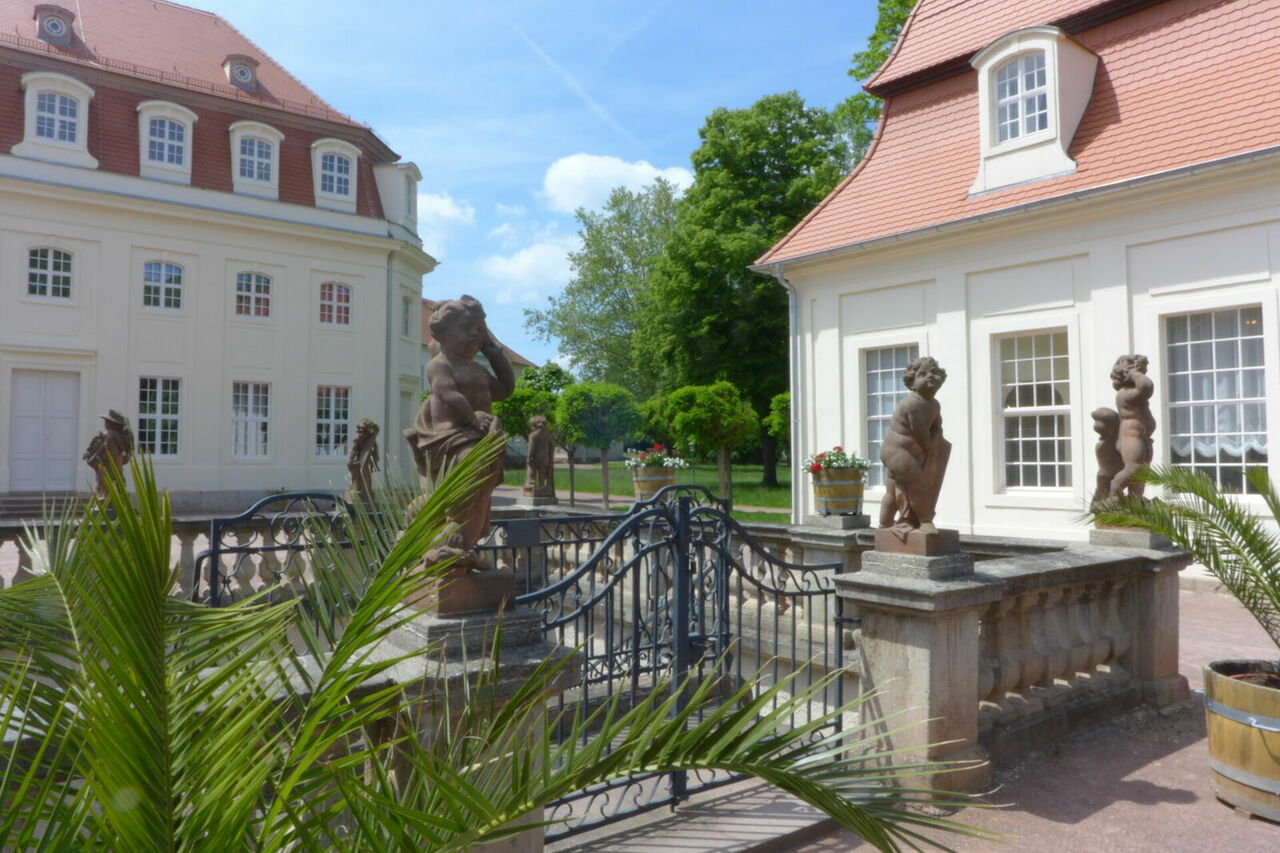 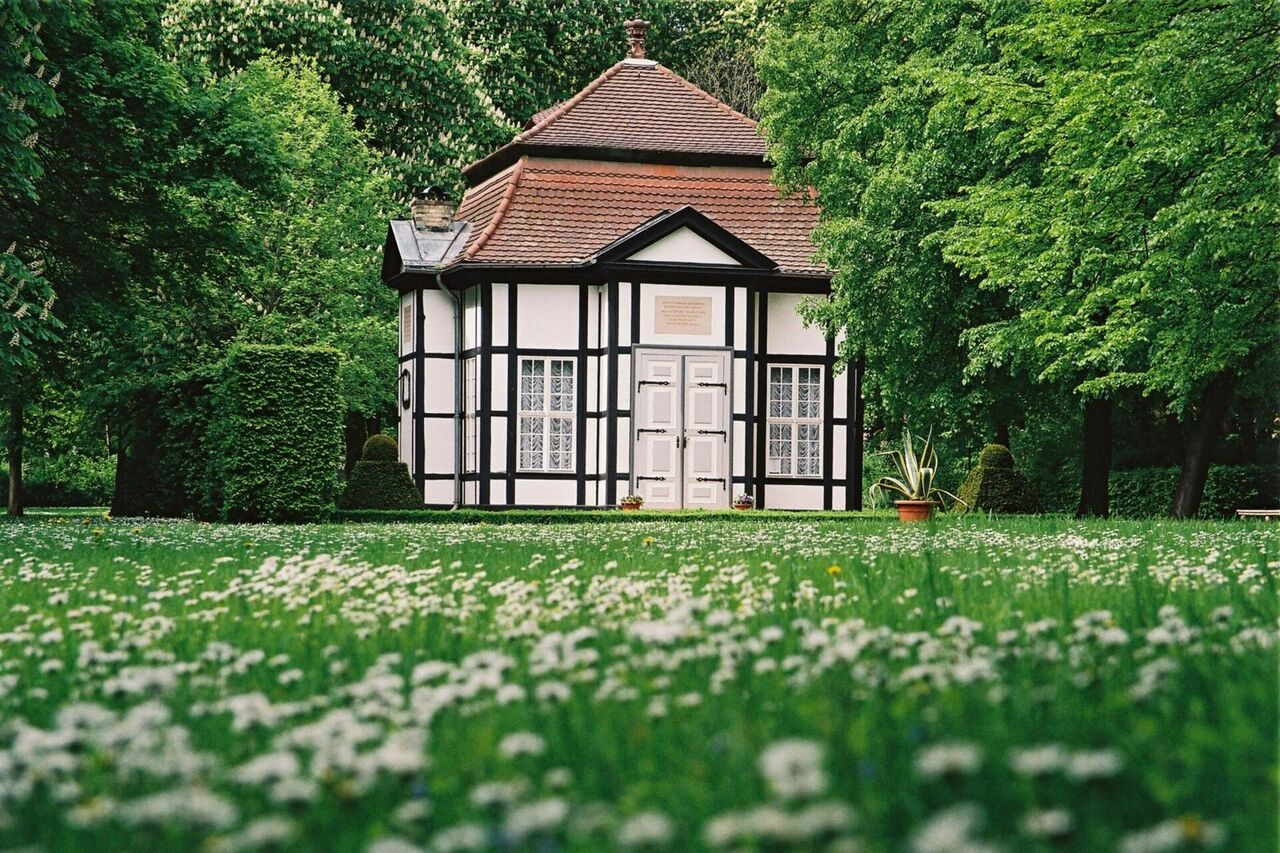 Arriving by bus or train
Bus from Merseburg, Querfurt or Halle to Lindenstraße or Markt

All guided tours take place at 10:30 a.m. during event days.

October till April
Mon. till Sun. by appointment

Following the theatrical events, free theatre guided tour will be held for their participants.

An advance booking is essential for groups. If necessary, there may be restrictions for a visit of the Goethe theatre.

Special exhibitions in the Goethe Theatre