The town of Sangerhausen is more than 1,000 years old and is located between the southern Harz and Kyffhäuser. It is home to the Europa-Rosarium Sangerhausen, the largest collection of roses in the world. The collection includes more than 8,600 cultivars, 500 species of wild rose, and about 850 climbing rose varieties from different countries and different eras. Lush parks, picturesque ponds, pavilions, and show gardens make the visit a special experience in every season.

Professionals and rose lovers have been collecting the roses here for more than 100 years. Rarities such as the green rose, the black rose, and barbed rose can be seen here. Historic and endangered varieties of roses are also preserved and lovingly maintained here. The Europa-Rosarium is thus a gene bank for roses and a living museum which provides a comprehensive history of roses and rose cultivation.

The Rosarium was established by the "Sangerhäuser Verschönerungsverein" founded in 1896 and was opened to mark the German Rose Lovers Congress of 1903. Over the years, the park has continued to be developed and has grown to a site covering 13 hectares.

Particularly impressive is a wide variety of designs seen in the park. In spring, some 20,000 early bloomers add the first splashes of colour to the garden, followed by an impressive showing by the rhododendrons, and then the roses that bloom from early summer to late autumn in various show and themed gardens. About 300 different rare species of trees and shrubs, including such rare species as the giant sequoia, the prickly ash, and Kentucky coffeetree,  provide a beautiful backdrop for the rose collection. The alpine garden situated at the park's highest point and the natural "Wolfsschlucht" offer lovely views across the park and across the Mansfeld region. Artworks are continuously acquired for the Rosarium and incorporated into the design. The multi-functional adventure world opened in 2016 and the Rosencafé with its own in-house bakery make the Europa-Rosarium an attractive destination for family outings.

The traditional Rose Festival is held each year from mid-June through 3 July at the Rosarium. Another event highlight comes for the second round of blossoms with the "Nacht der 1.000 Lichter" ("Night of 1,000 Lights") on the second weekend of August. The seminars offered by the "Sangerhäuser Rosenschule" and consulting services help teach the ins and outs of raising and caring for roses.

In 1993, the Rosarium was granted the title Europa-Rosarium and Sangerhausen was officially named a Rose City by the VDR, the Association of German Rose Lovers.

Also worth visiting nearby is the Röhrigschacht demonstration mine in Wettelrode and the Kyffhäuser Memorial. An excursion to Stolberg and the nearby Joseph Cross are also worthwhile. 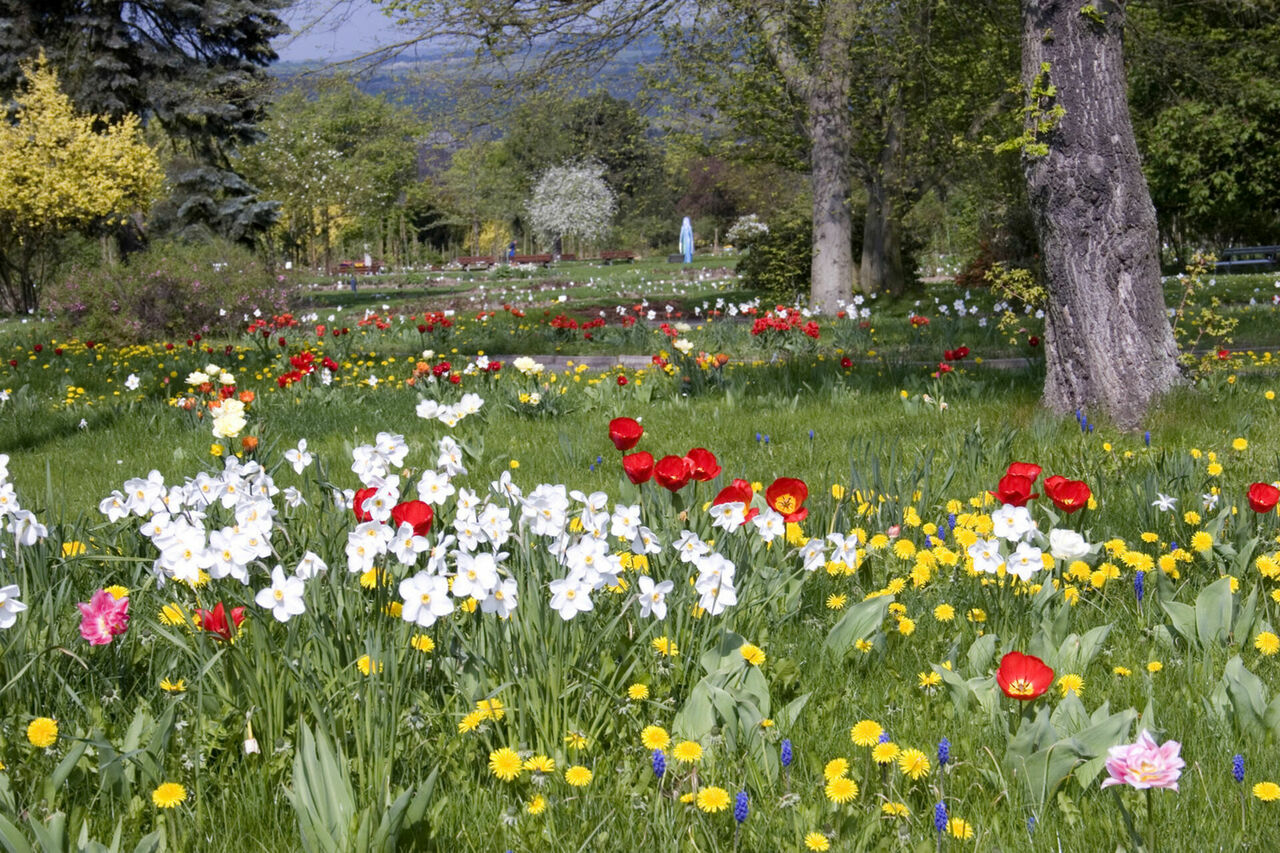 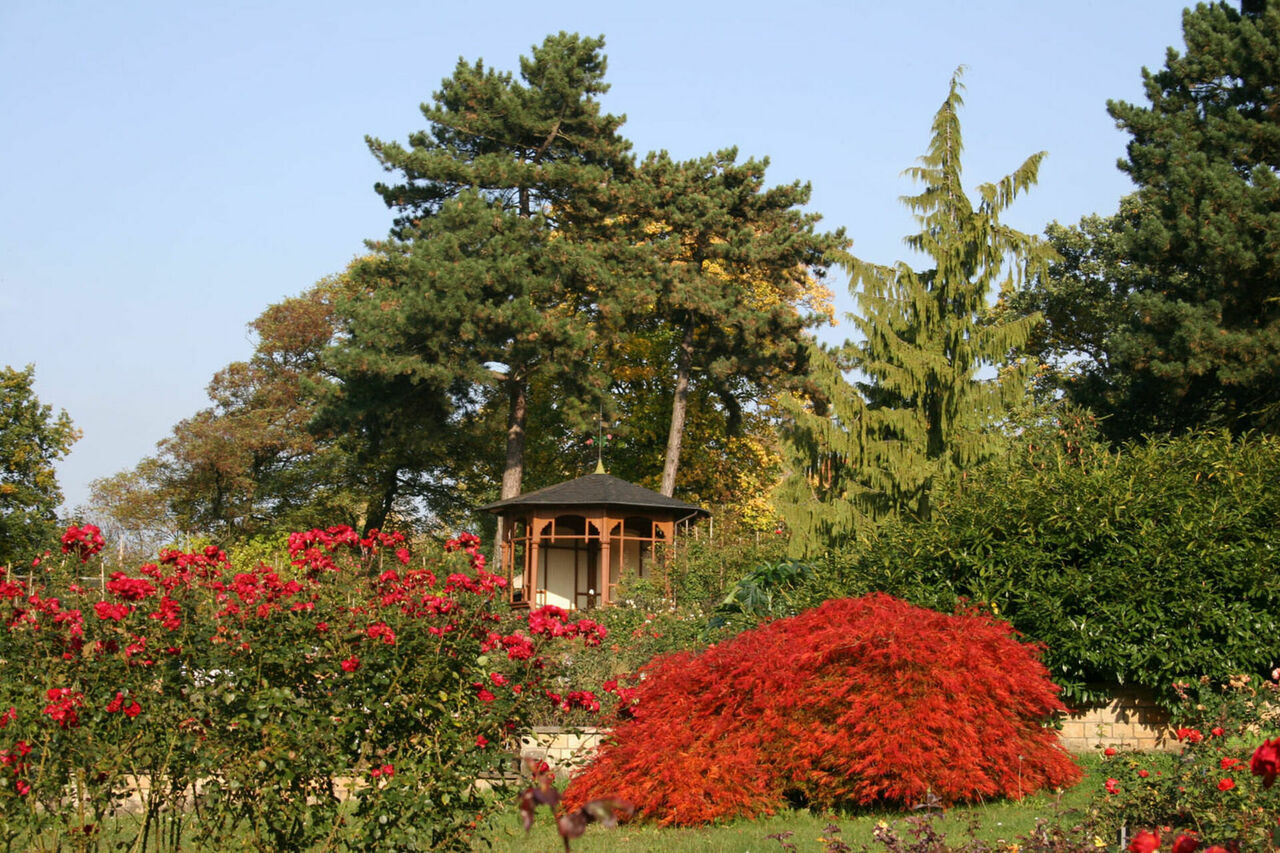 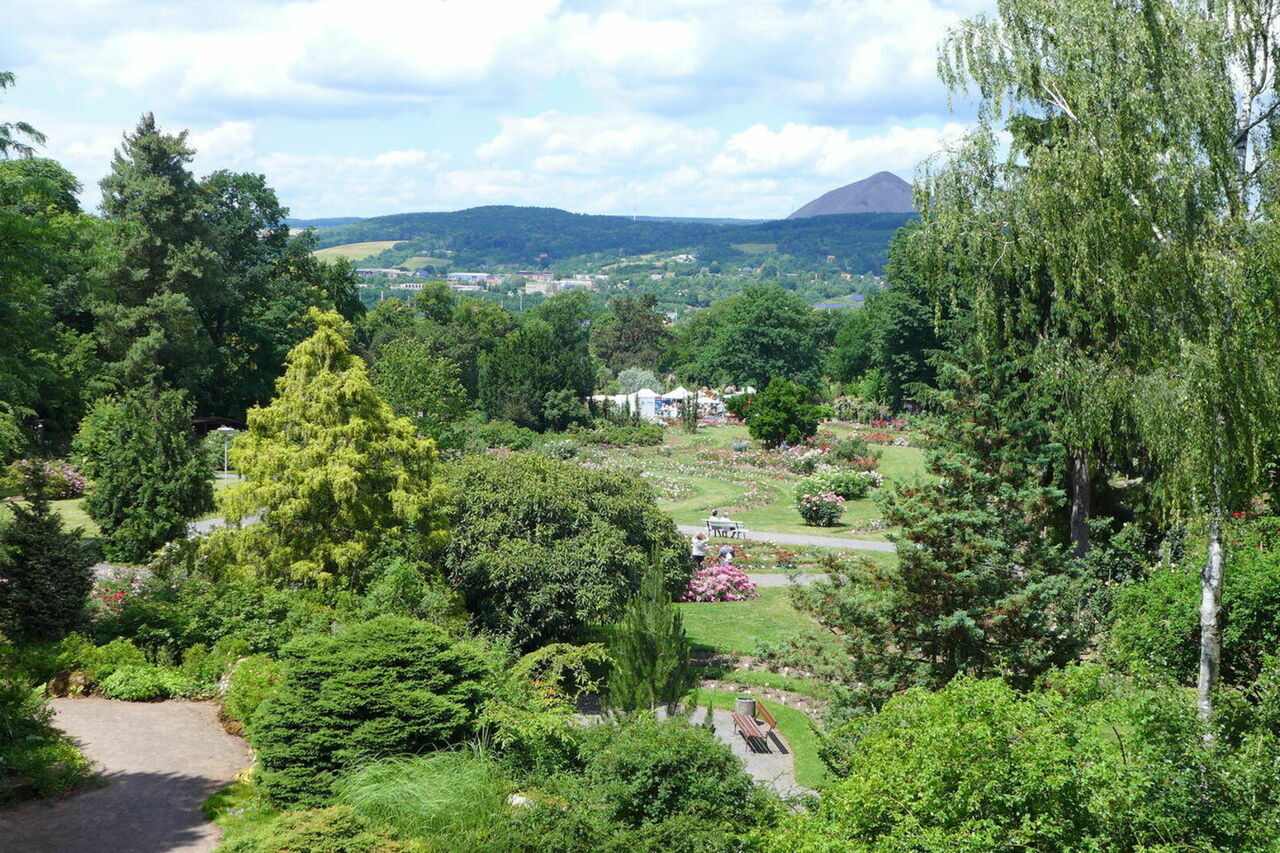 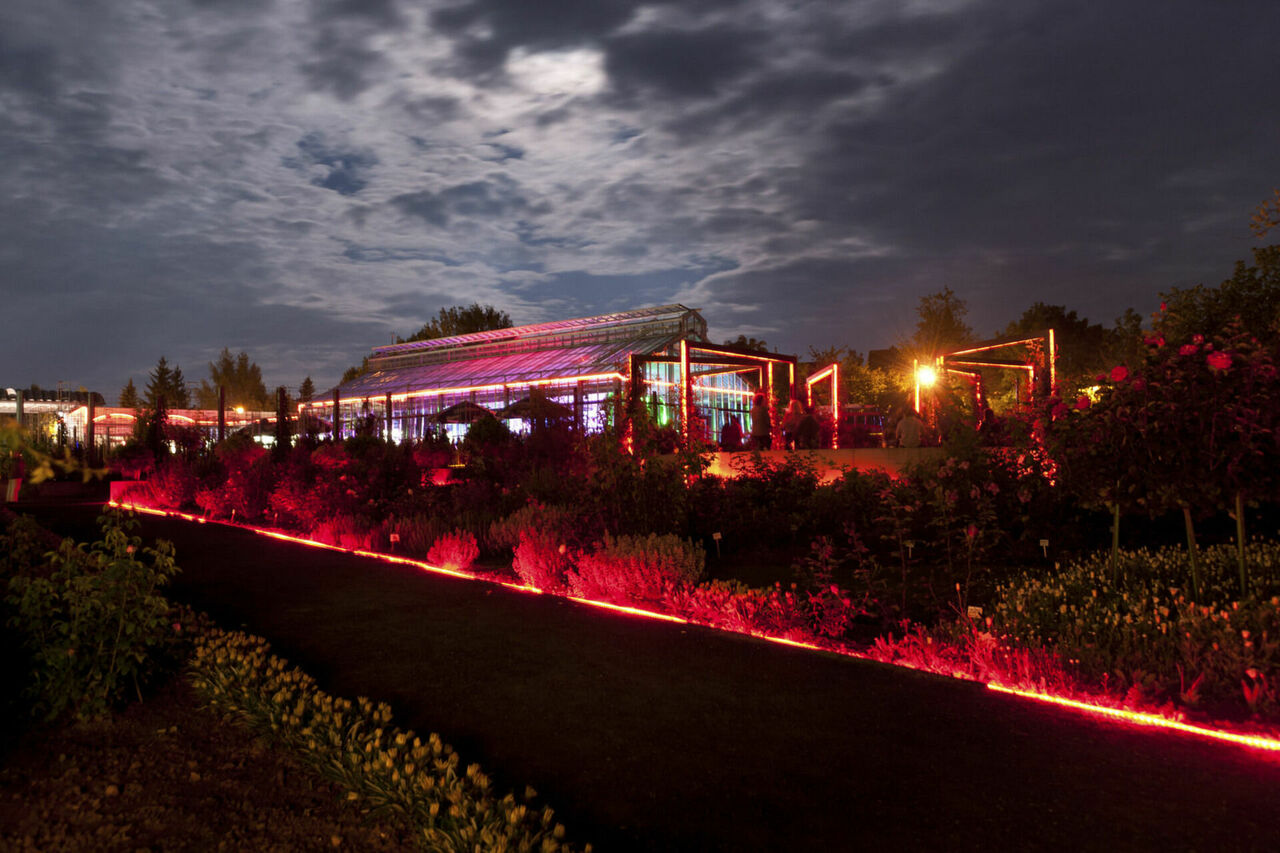 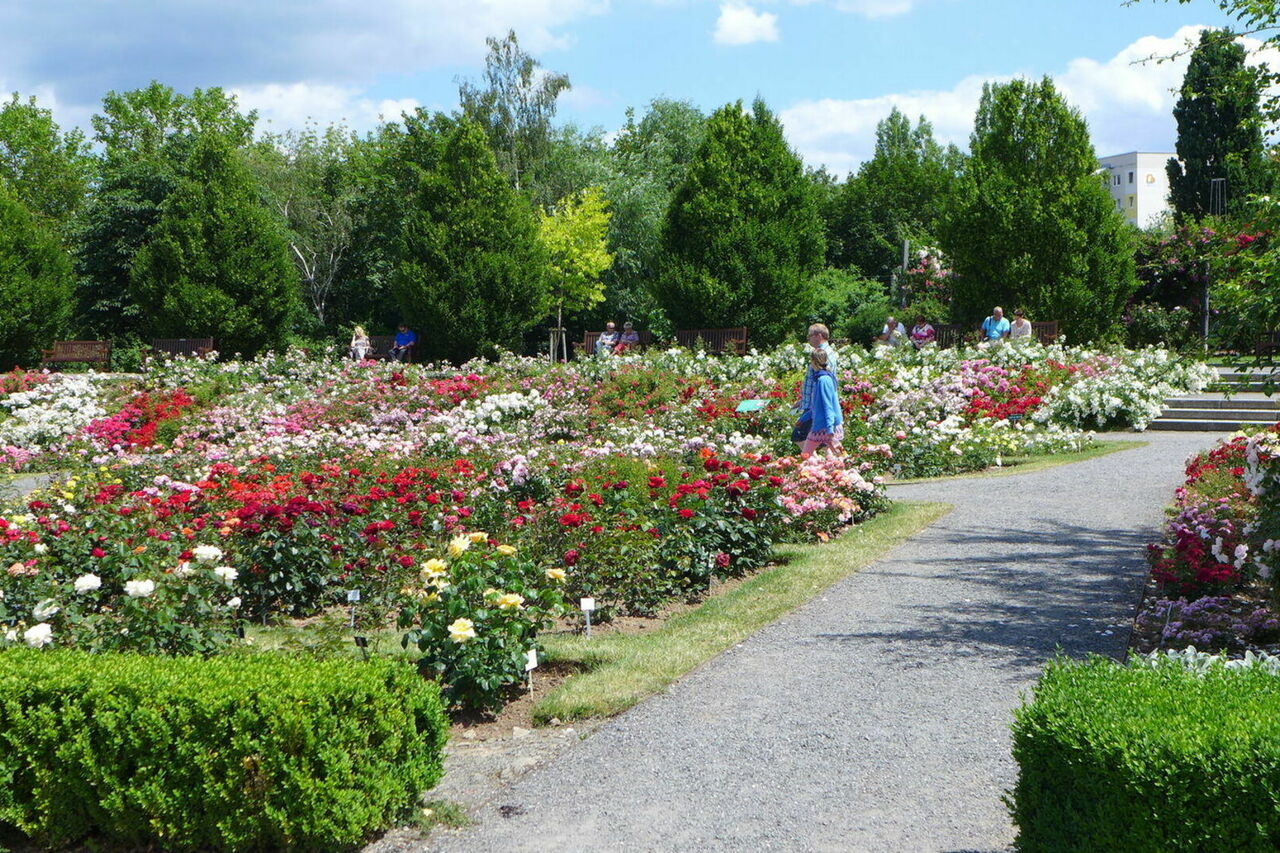 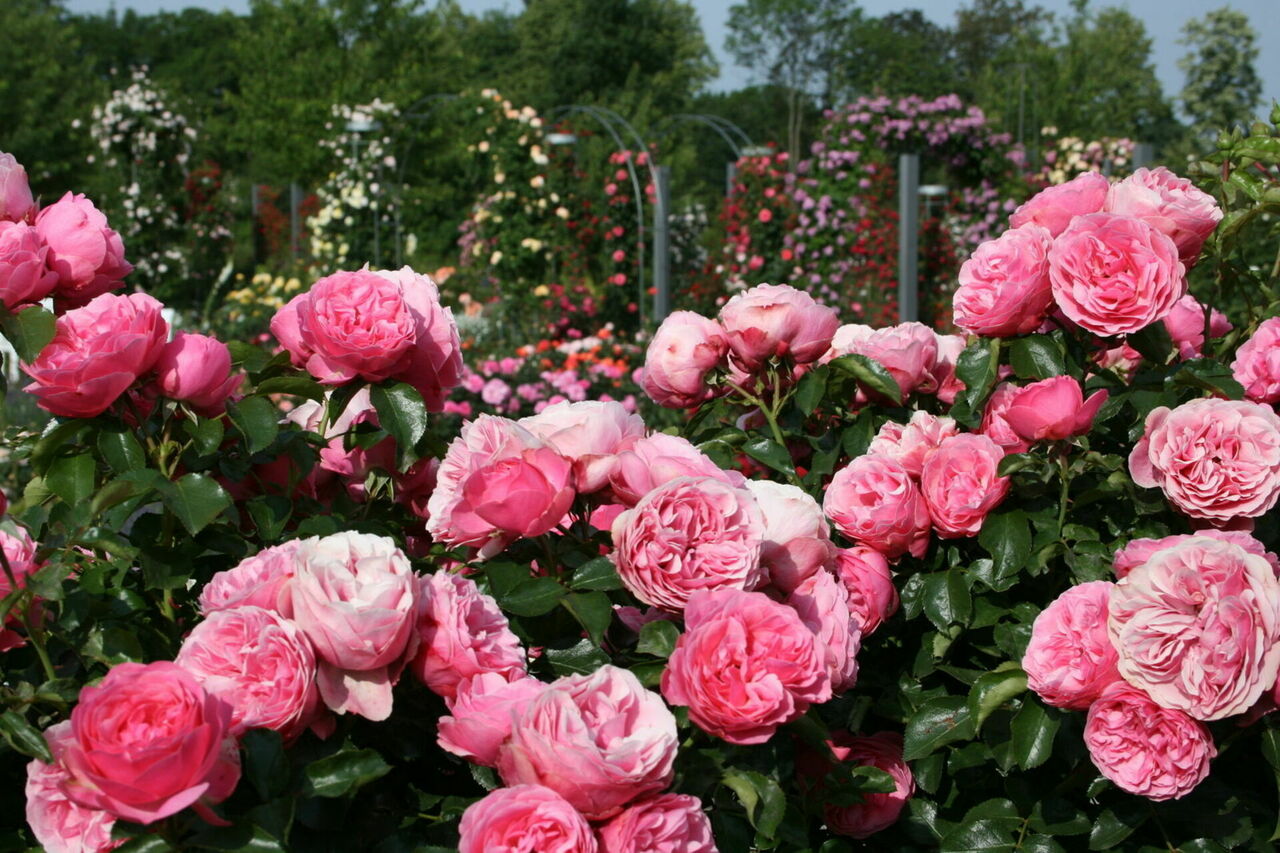 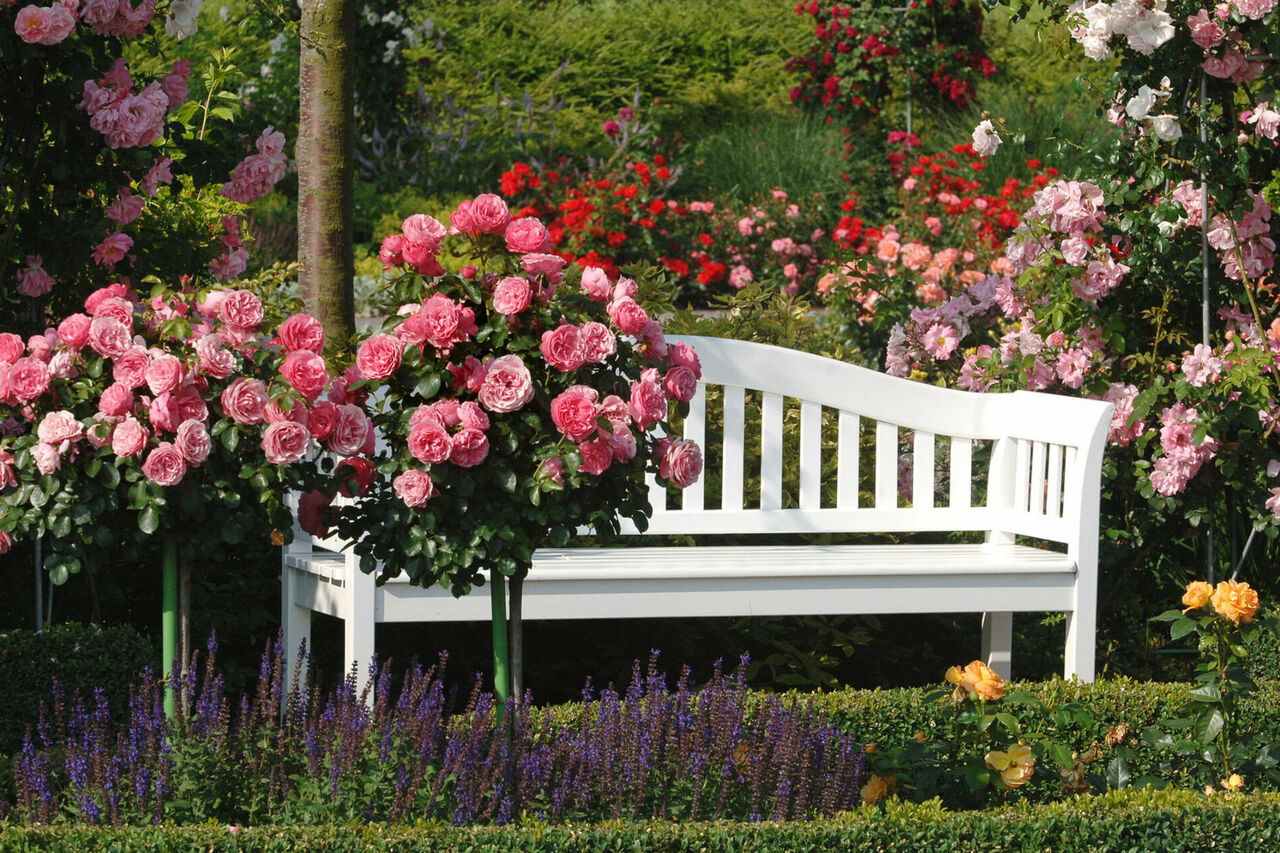 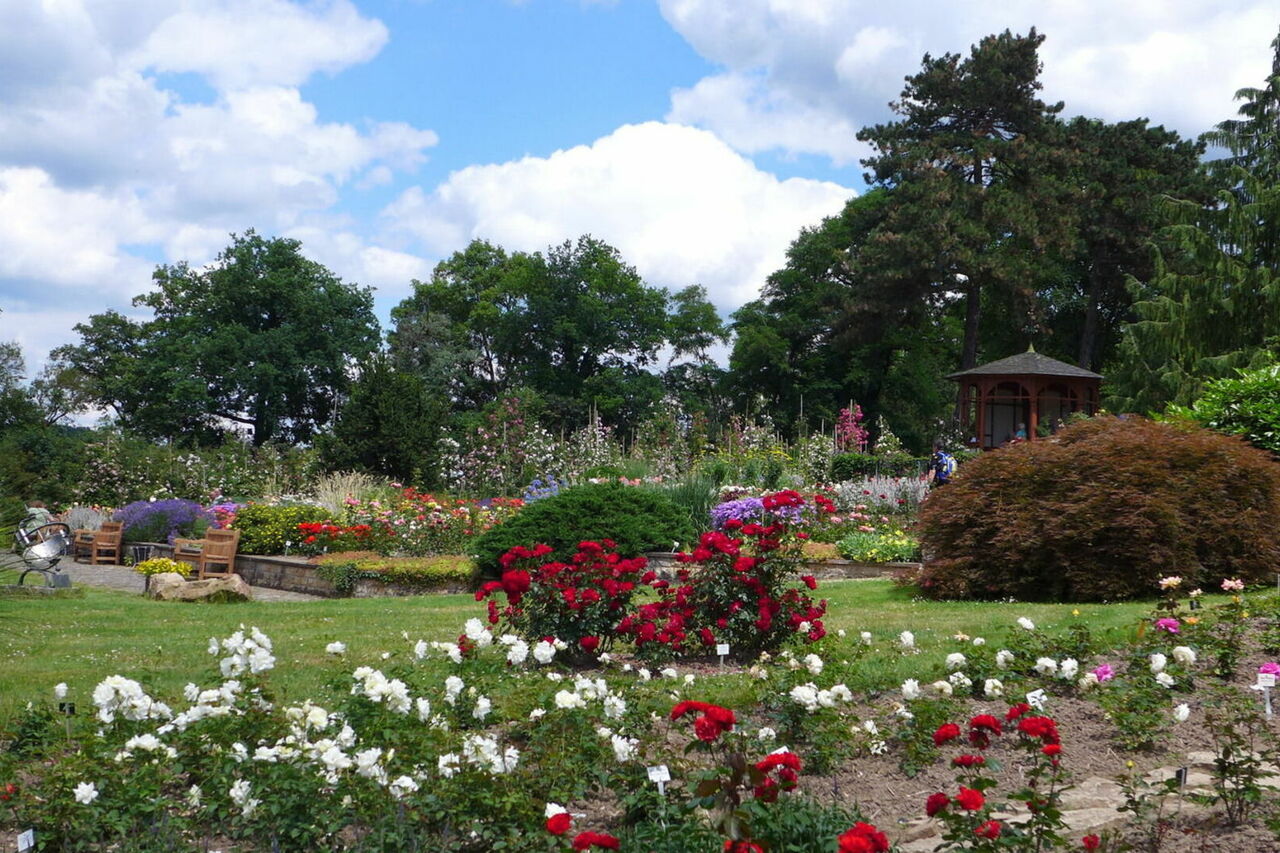 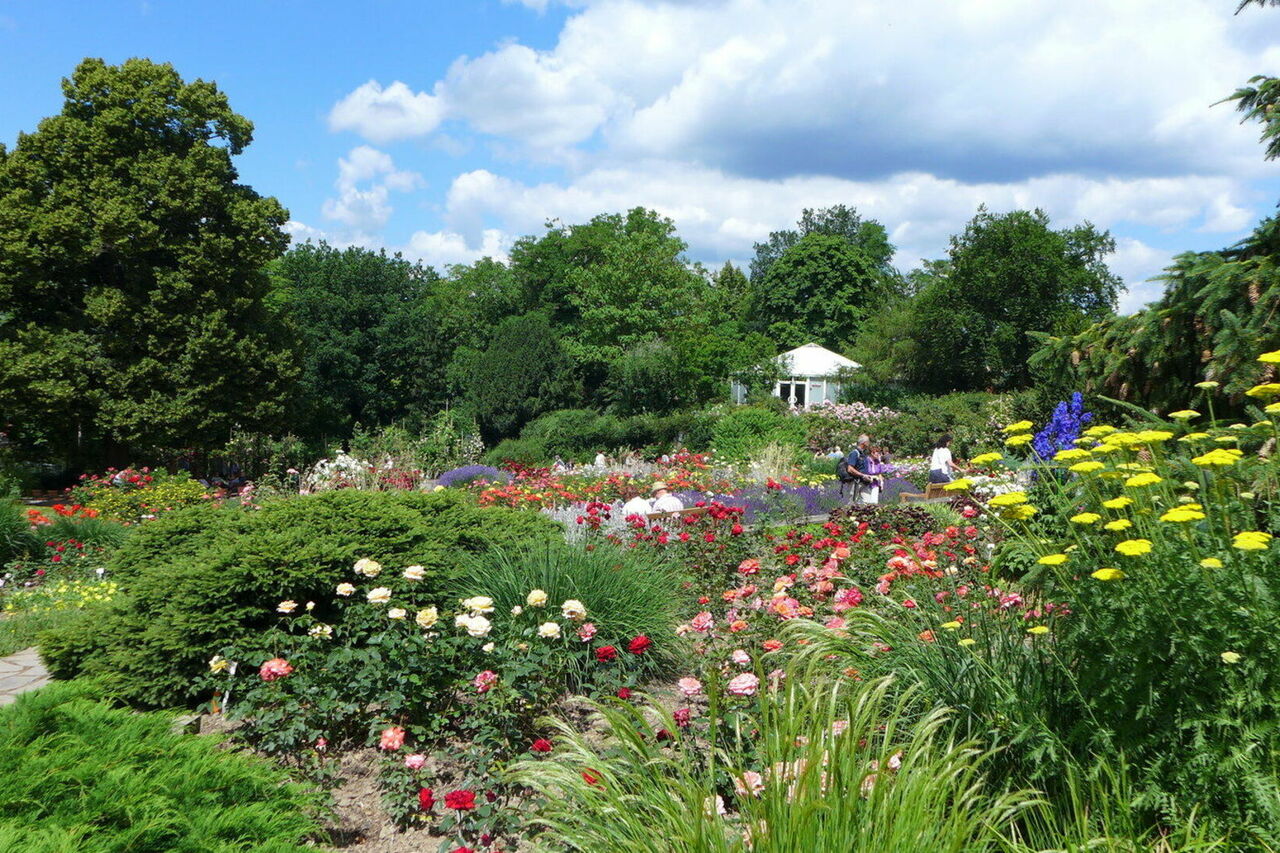 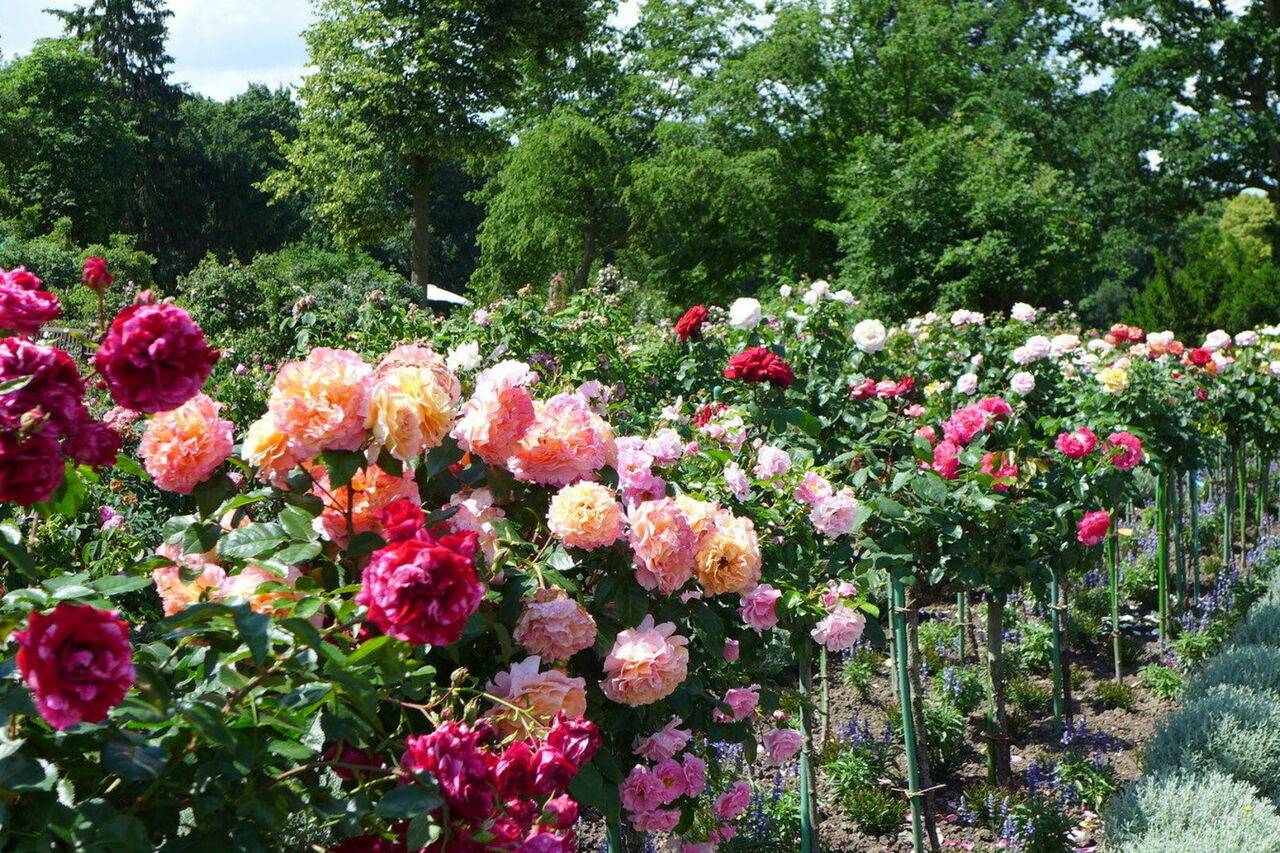 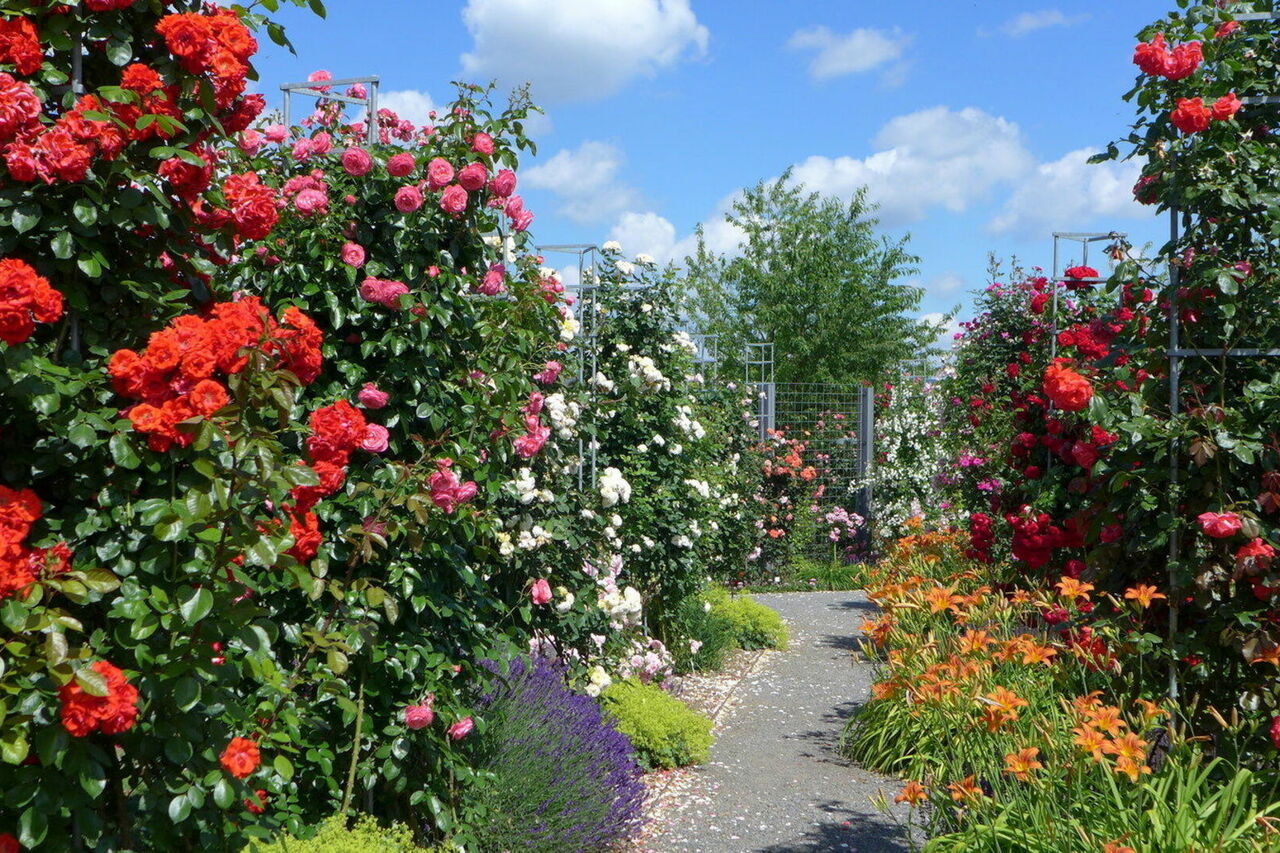 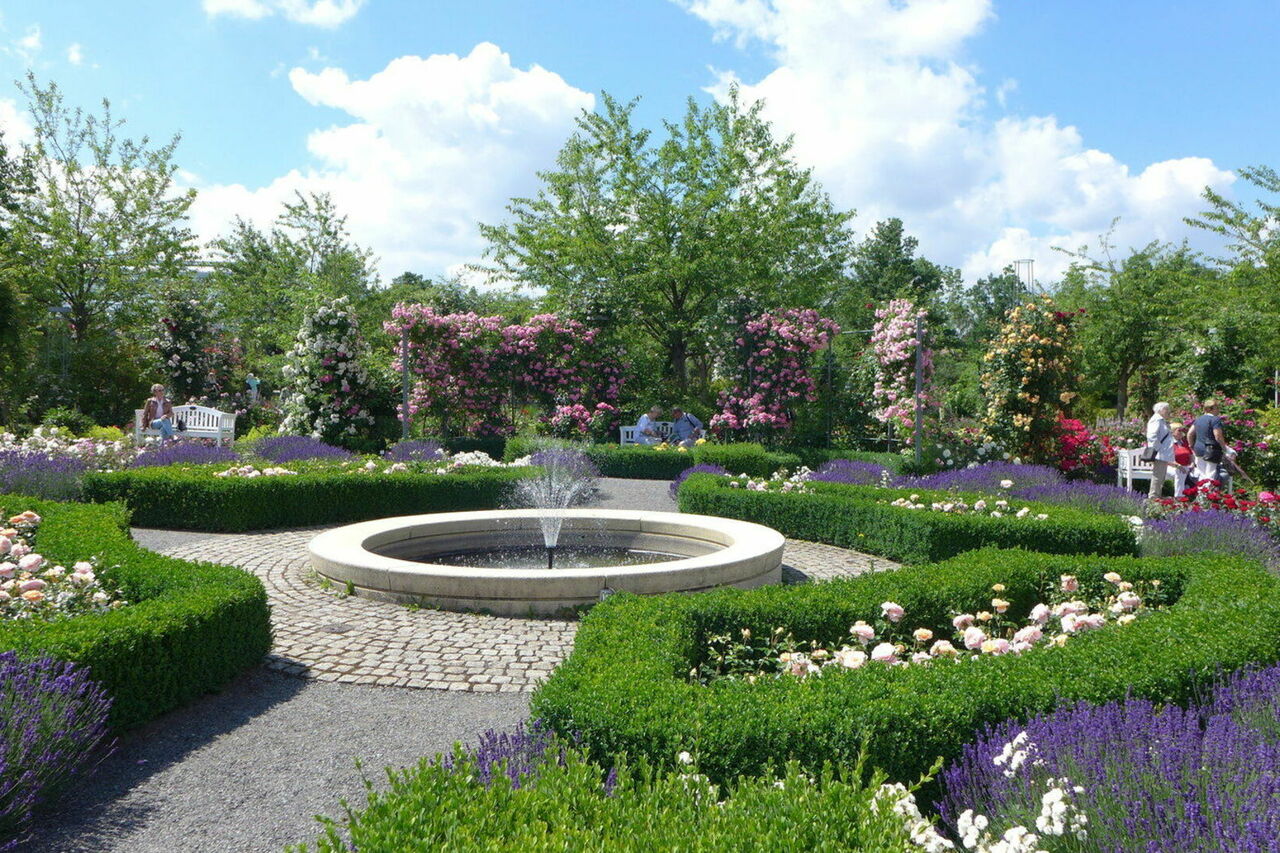 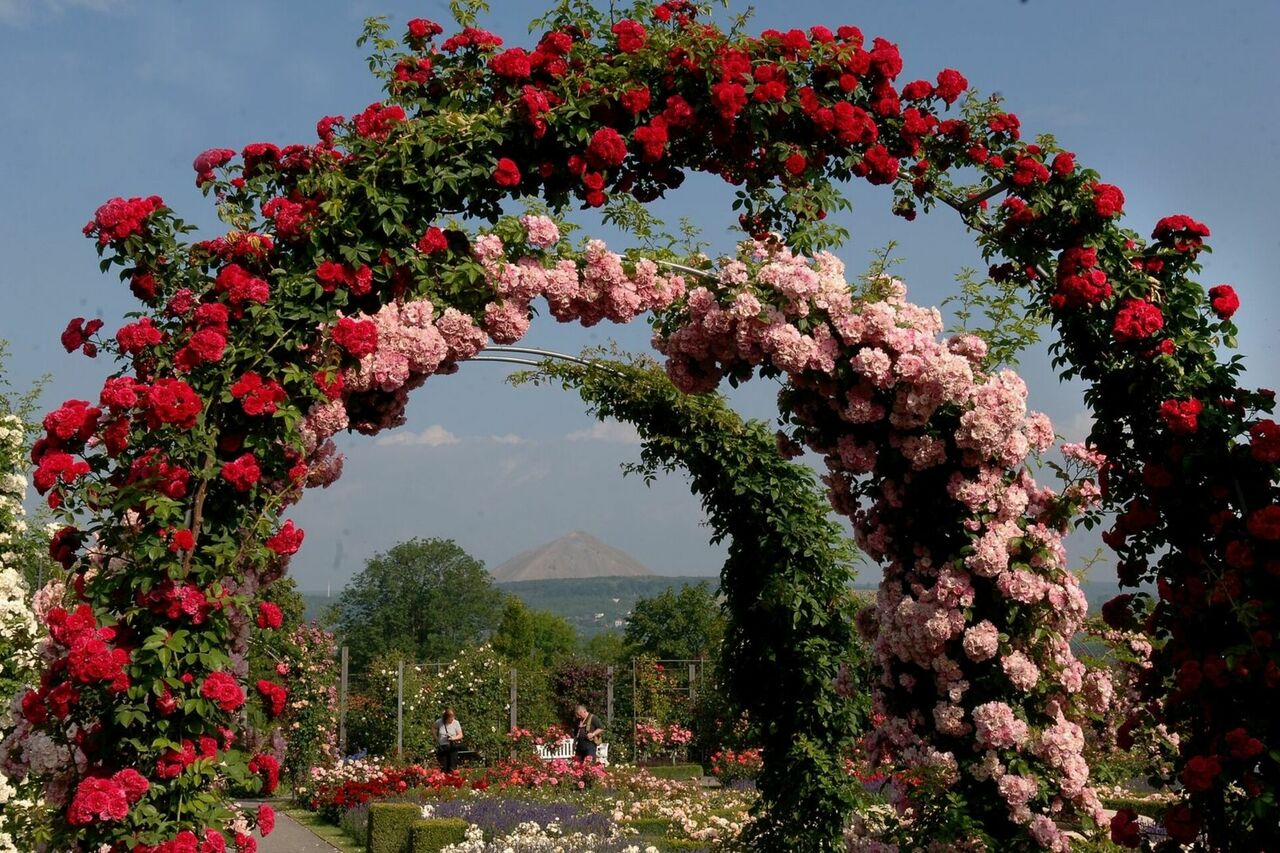 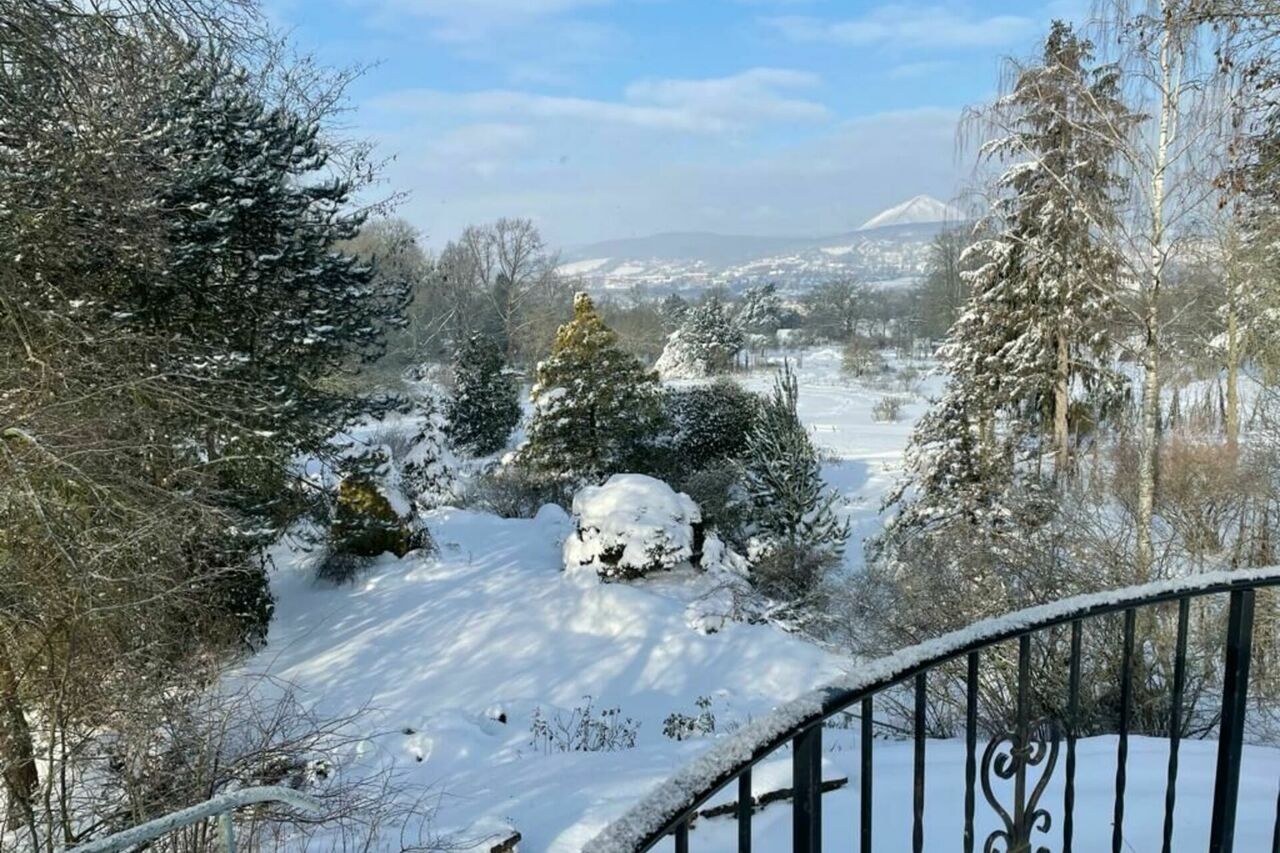 Accompanying for the main entrance (Am Rosengarten 2a)

The opening hours for the 2nd entrance (Beyernaumburger Straße) can be find here.

Address
Am Rosengarten 2a, 06526 Sangerhausen

Arriving by bus or train
Sangerhausen is on the Kassel-Halle and Magdeburg-Erfurt lines; garden about 30 minutes' walk from Sangerhausen station

Accommodation options can be arranged with the

Special exhibitions on art, nature, and the environment in the exhibition hall of the Rosarium

Gartentraumladen (Garden shop)
Souvenirs and information material at the main entrance
Opening hours: according to the opening hours of Rosarium
Outside these hours: Mon. - Fri. 10:00 a.m. - 5:00 p.m.