Drübeck Abbey can look back at more than a thousand years of history. It is one of the most important Romanesque monuments on the northern edge of the Harz. The twin-towered west building of the monastery church of St Vitus is visible from miles away. The monastery yard with a linden tree almost 300 years old, a graceful rose garden, a blooming herb garden, and the former meditative gardens of the canonesses who lived here provide plenty of room for encounters, meditation, and simple enjoyment of the gardens. The site is in the heart of its village, but is enclosed with a monastery wall and orchards.

The history of Drübeck Abbey and Gardens

Founded as a Benedictine convent, the abbey was home to about 100 nuns by the 13th century. From the 18th century, an increasing number of bourgeois women joined the Protestant women's foundation that accommodated here. After the property was acquired by the Counts of Stolberg-Wernigerode, numerous new buildings were added, including the administrative and convent buildings with their courtyards and gardens that survive to this day.

These included the five gardens of the canonesses, each enclosed by a wall and equipped with a simple cloister and a garden house; the Abbess's garden, laid out on a strict east-west axis; and an arboretum to which was added a rose garden complete with a fountain and boxwood hedges at the turn of the 20th century. The linden tree planted in the abbey courtyard around 1730 remains a living natural monument.

Current use of Drübeck Abbey

Today, Drübeck Abbey retains its religious use as a Protestant seminary, theological college, and retreat house. Other target groups also rent the conference centre for their own gatherings and individual guests are invited to stay. 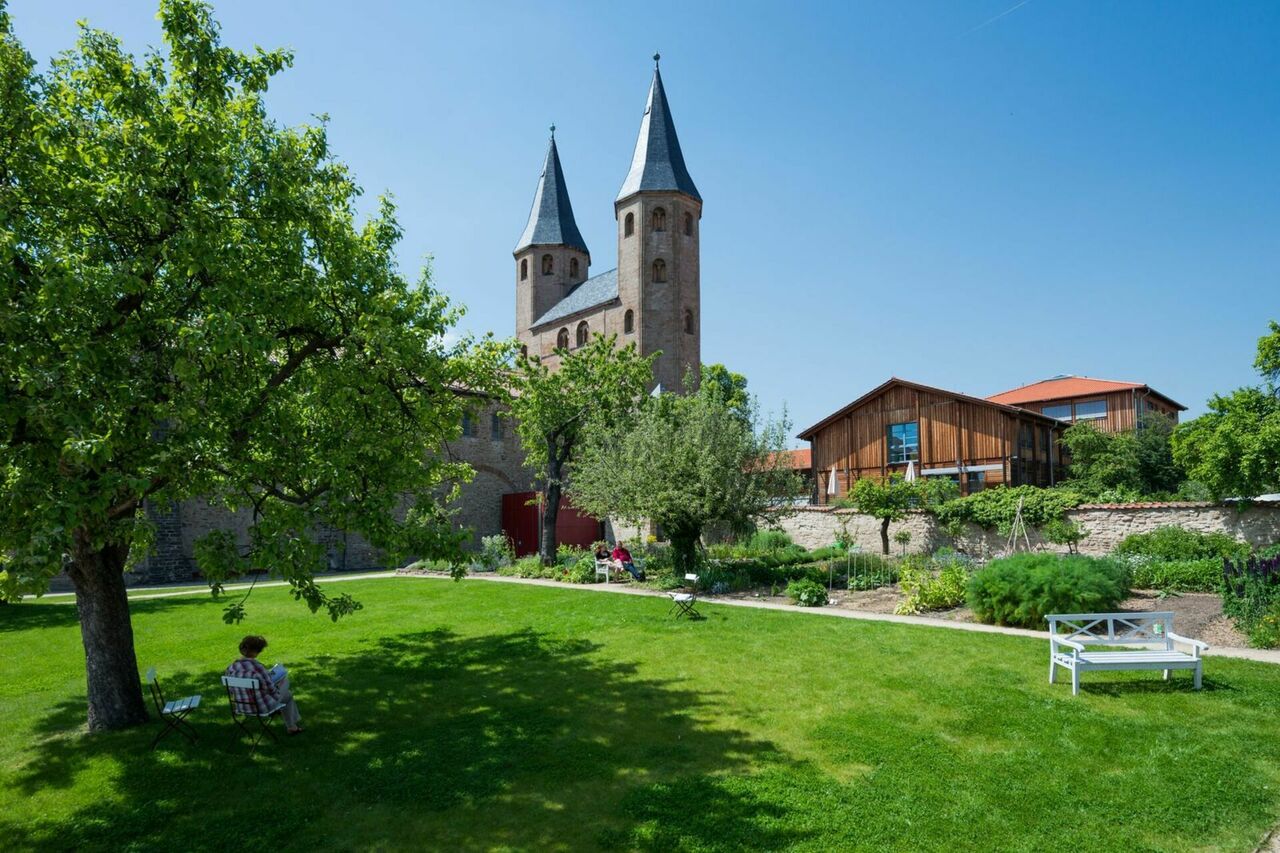 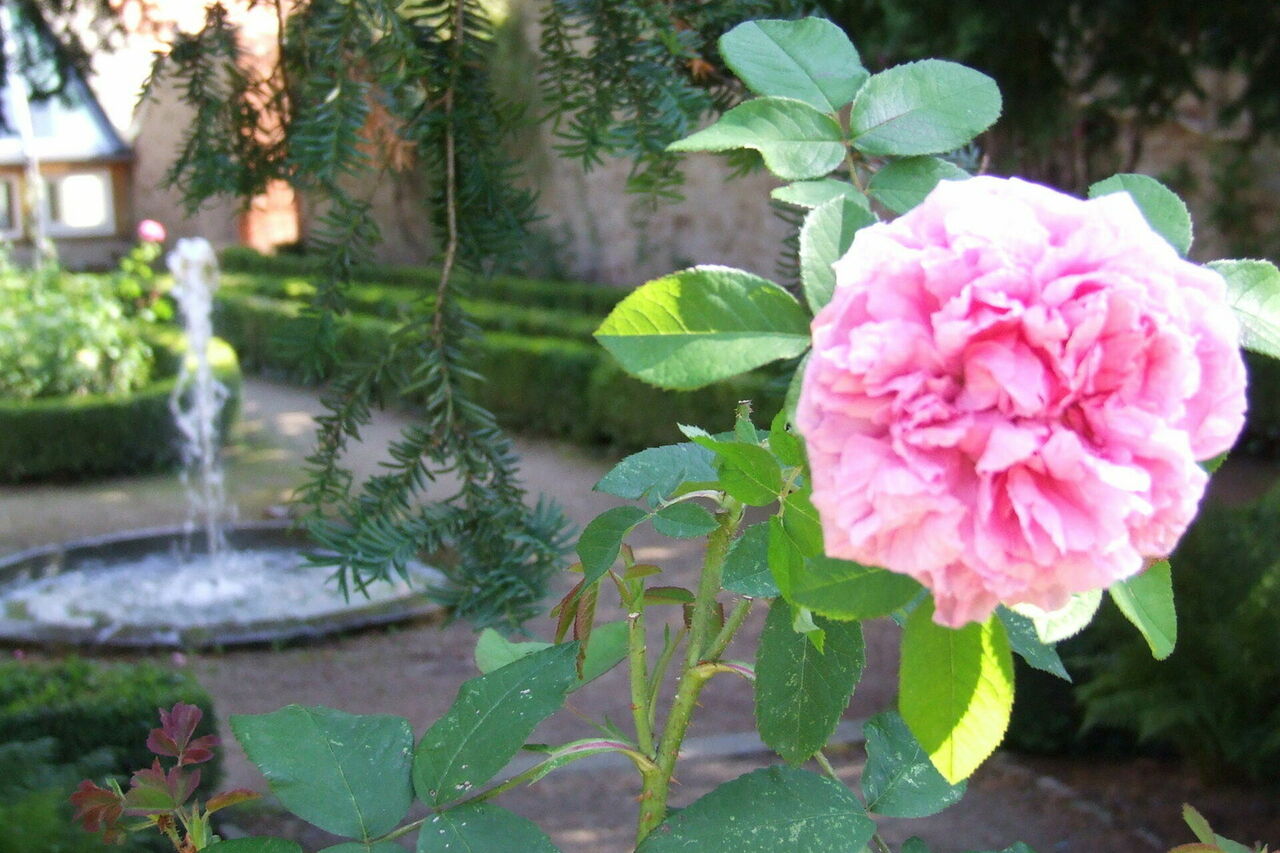 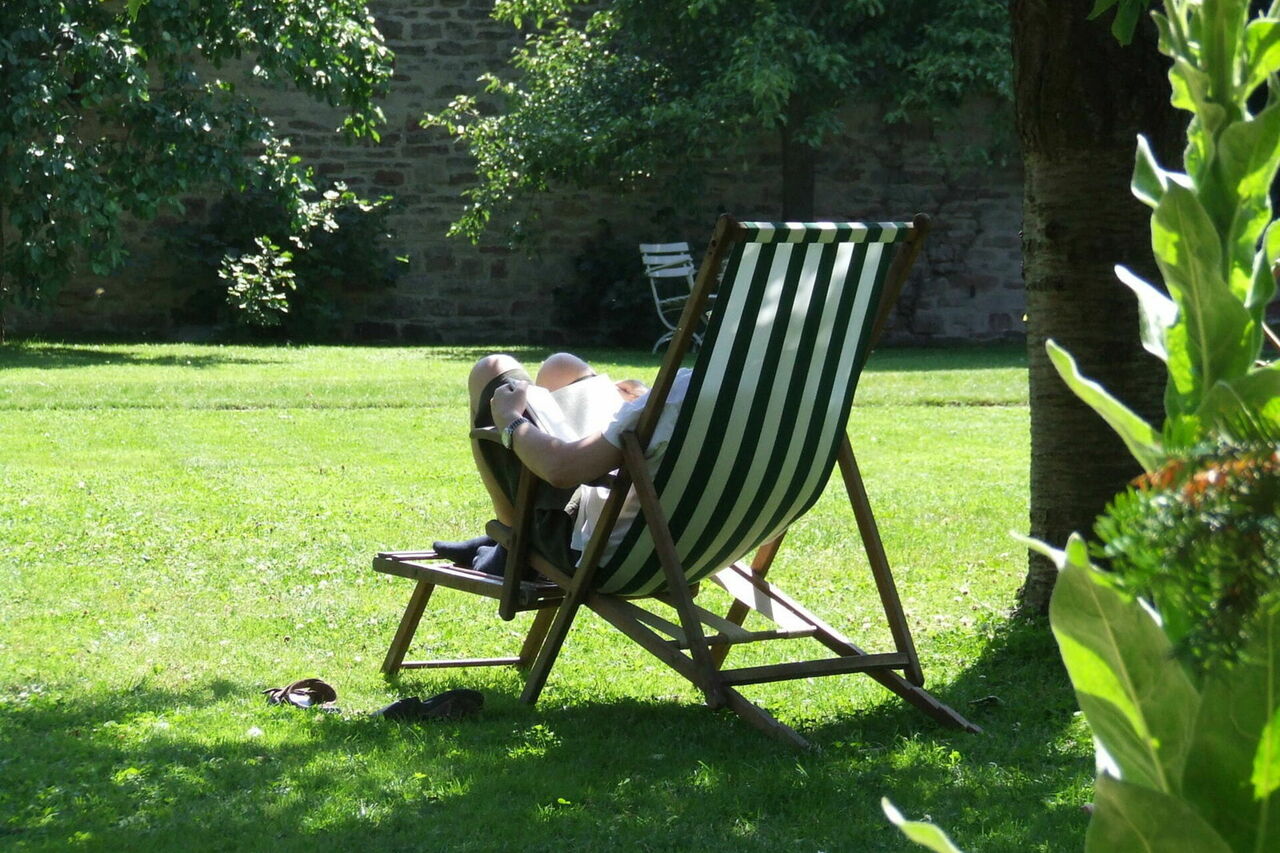 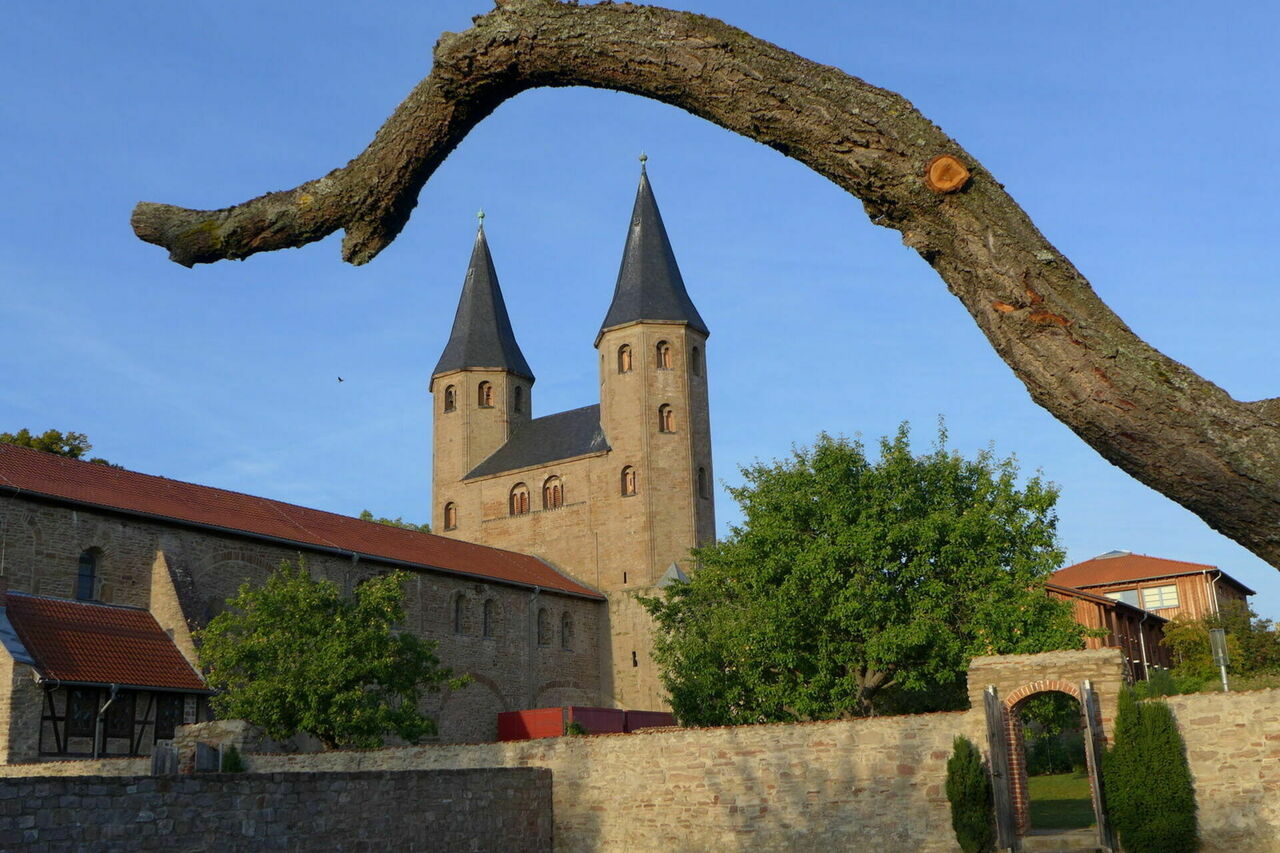 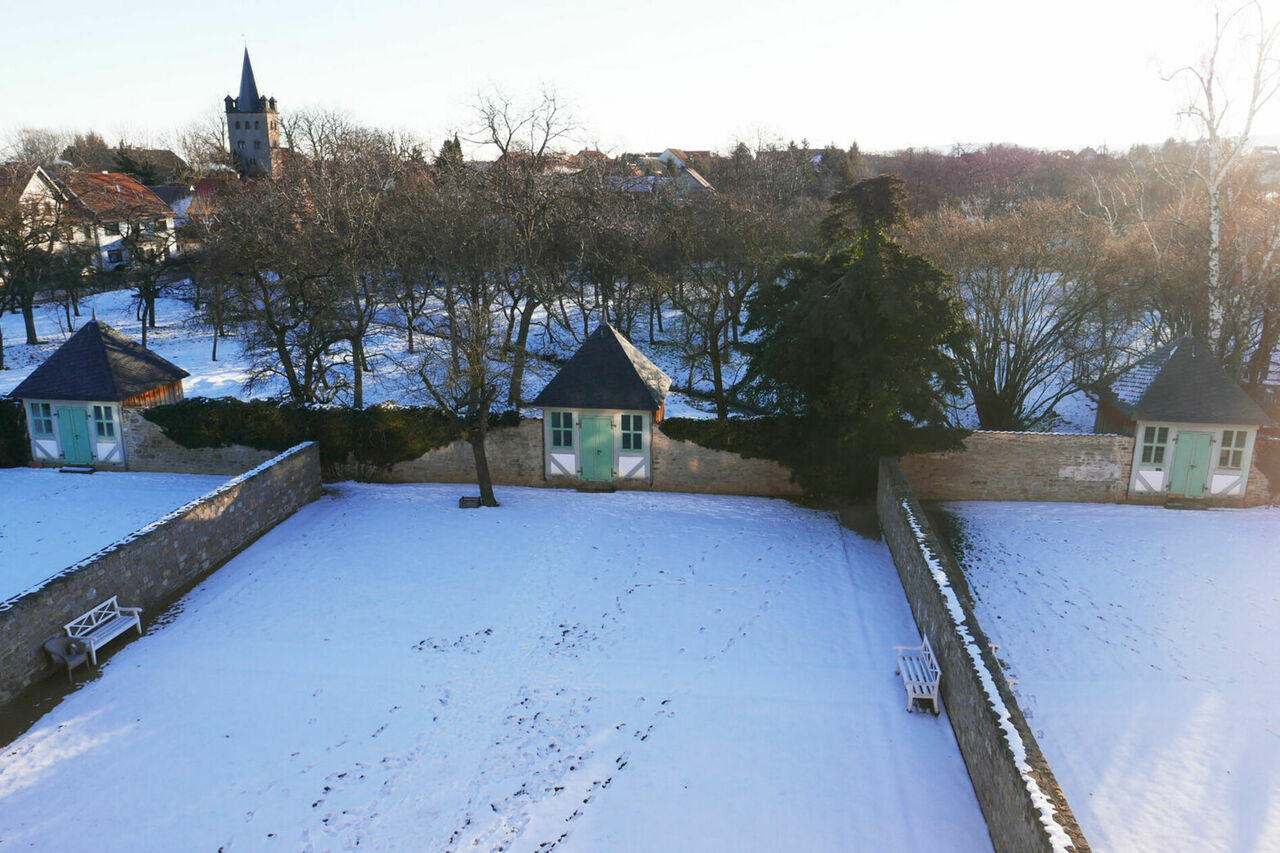 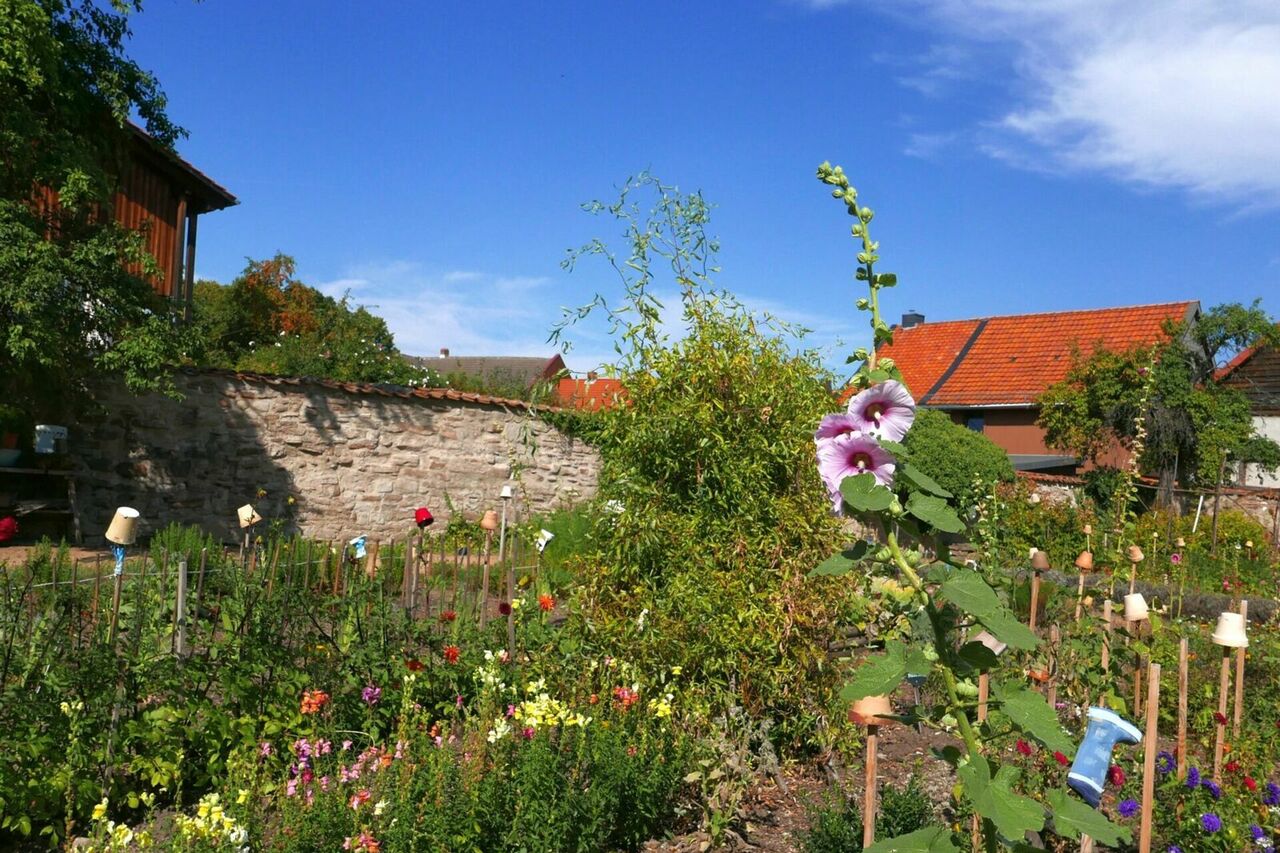 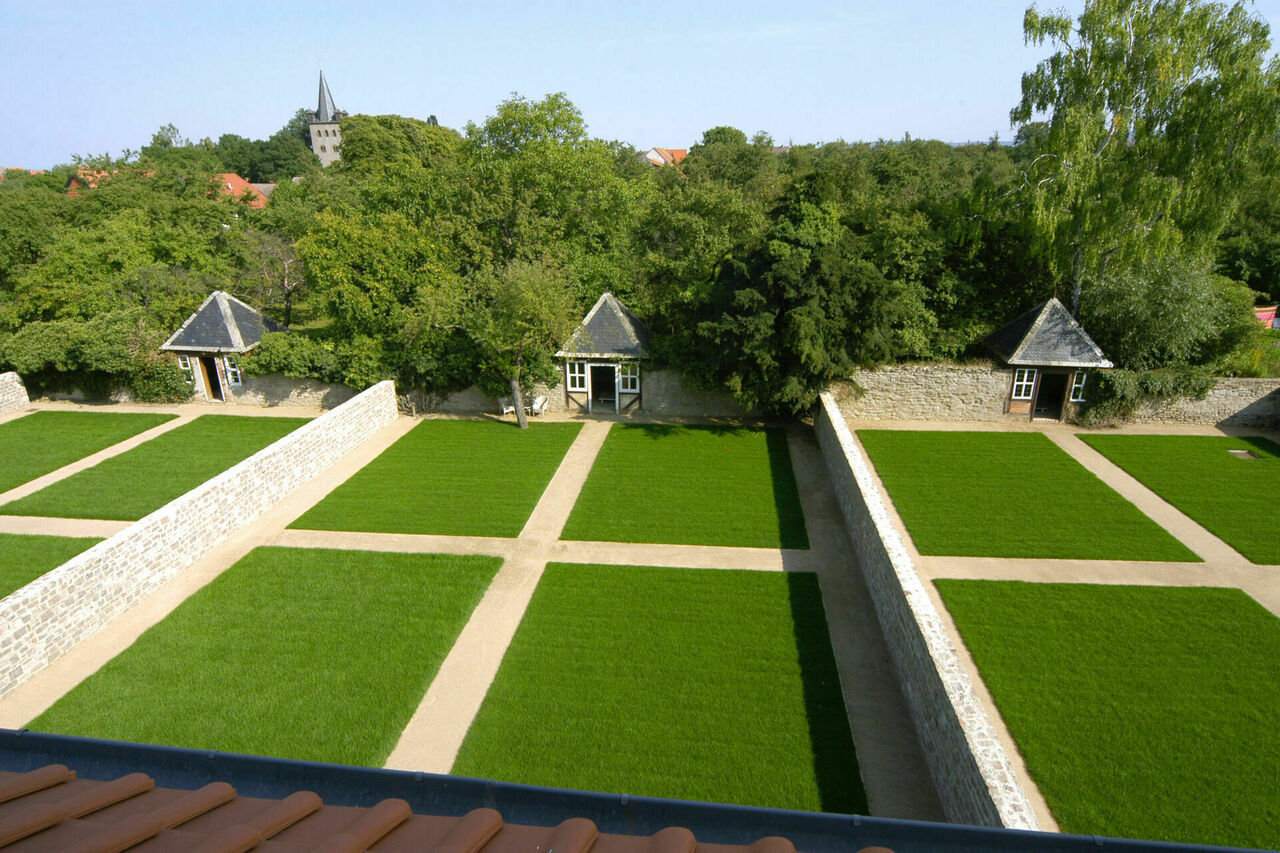 Via the B6n (exiting for Ilsenburg or Wernigerode-Nord), parking available on the abbey grounds

Arrival by bus & train
From Ilsenburg or Wernigerode stations

Guided tours through the abbey church and gardens (interpreter necessary)

November till March:
By appointment, duration about 1 hour

Playground next to the café in the gardener's house.

Temporary exhibitions in the gallery space of the  ​​Eva Heßler House

Summer exhibition in the historic gardens

Table tennis and bicycle rental for overnight guests of the abbey

Other facilities including protestant seminary, theological college, and retreat house

Harz Monastery Hiking Trail
From Drübeck to Goslar
www.harzer-klosterwanderweg.de (only in German)