Perched above the town of Merseburg stand the many towers and gables of Merseburg´s Palace and Cathedral. The palace gardens are located between the palace and the salon building in the garden. Originally a baroque pleasure garden, it was later redesigned in a landscape style by Peter Joseph Lenné. It was then redesigned in a formal style in 1968. The well-groomed site offers charming views of the cathedral, palace, and the river Saale.

Merseburg Cathedral was built in the early 11th century under King Heinrich II as an early Romanesque church and subsequently remodelled over the following centuries. It had largely gained its present appearance by the early 16th century under Bishop Tilo of Trotha.

The palace was built as a large regular three-winged building of the late Renaissance between 1483 and 1661. The palace garden lies to the north on the other side of the palace moat. It was laid out in the mid-17th century for Duke Christian I of Saxony-Merseburg as a Baroque pleasure garden. To its north is the Salon, built between 1727 and 1737 by Michael Hoppenhaupt as a gazebo for garden parties that remain as a popular venue for events to this day.

In the first half of the 19th century, the garden was redesigned into a landscape park to take better advantage of the avenues already existing. It underwent another thorough transformation in 1968, when the longitudinal axes were laid out from the salon and the transverse axes were aligned to the Zech'sches Palais (1782) and House of the Estates (1892 - 1895).

The garden contains two pairs of obelisks, a copy of the bronze bust of the Prussian Governor Friedrich Kleist von Nollendorf, the equestrian statue of Kaiser Friedrich Wilhelm III restored in 1998, and a memorial erected in 1816 to commemorate the Battle of Leipzig.

On the Saale Cycling Route through Merseburg

The Saale Cycling Route (only written in German) passes through Merseburg, running for about 6.5 km primarily along the river, with many undisturbed views of the extensive lawns and floodplains and past by important cultural and historical attractions. 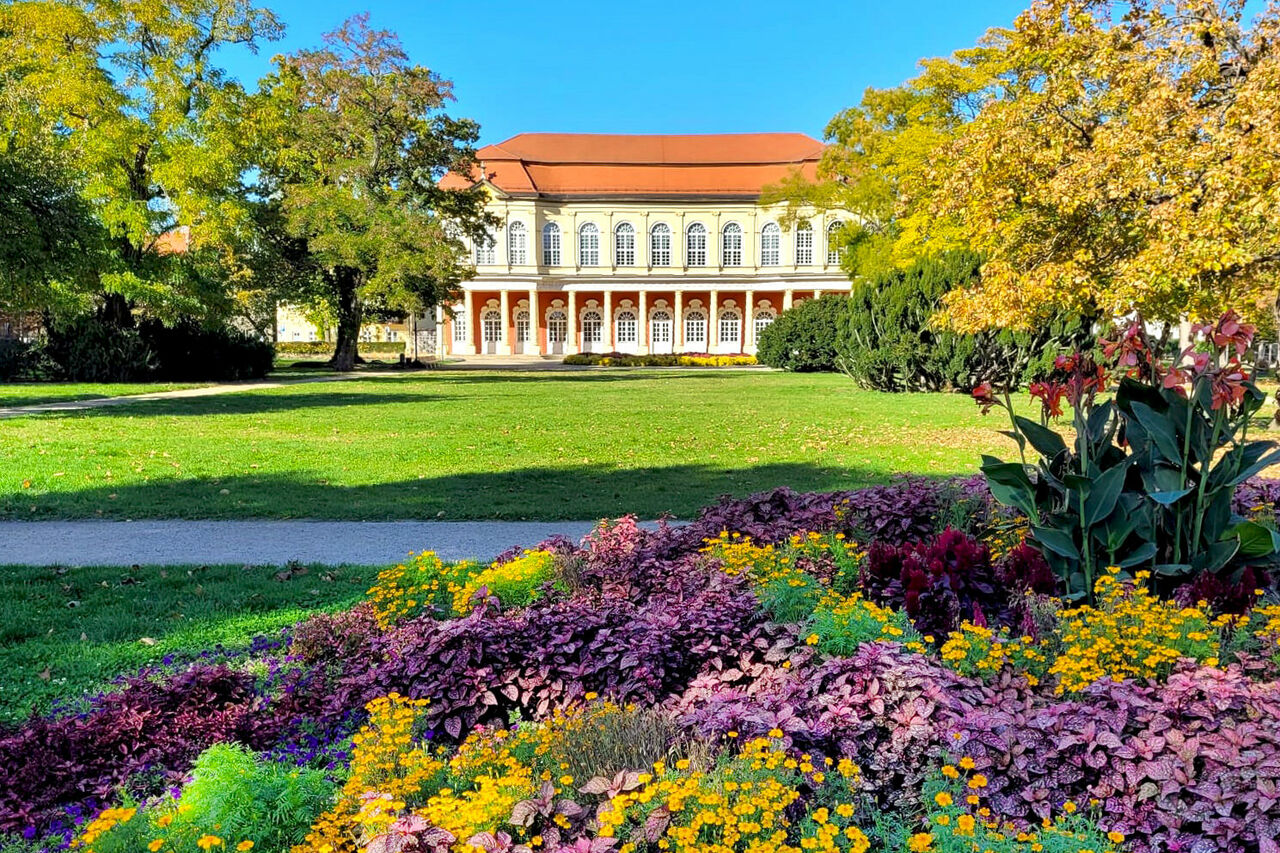 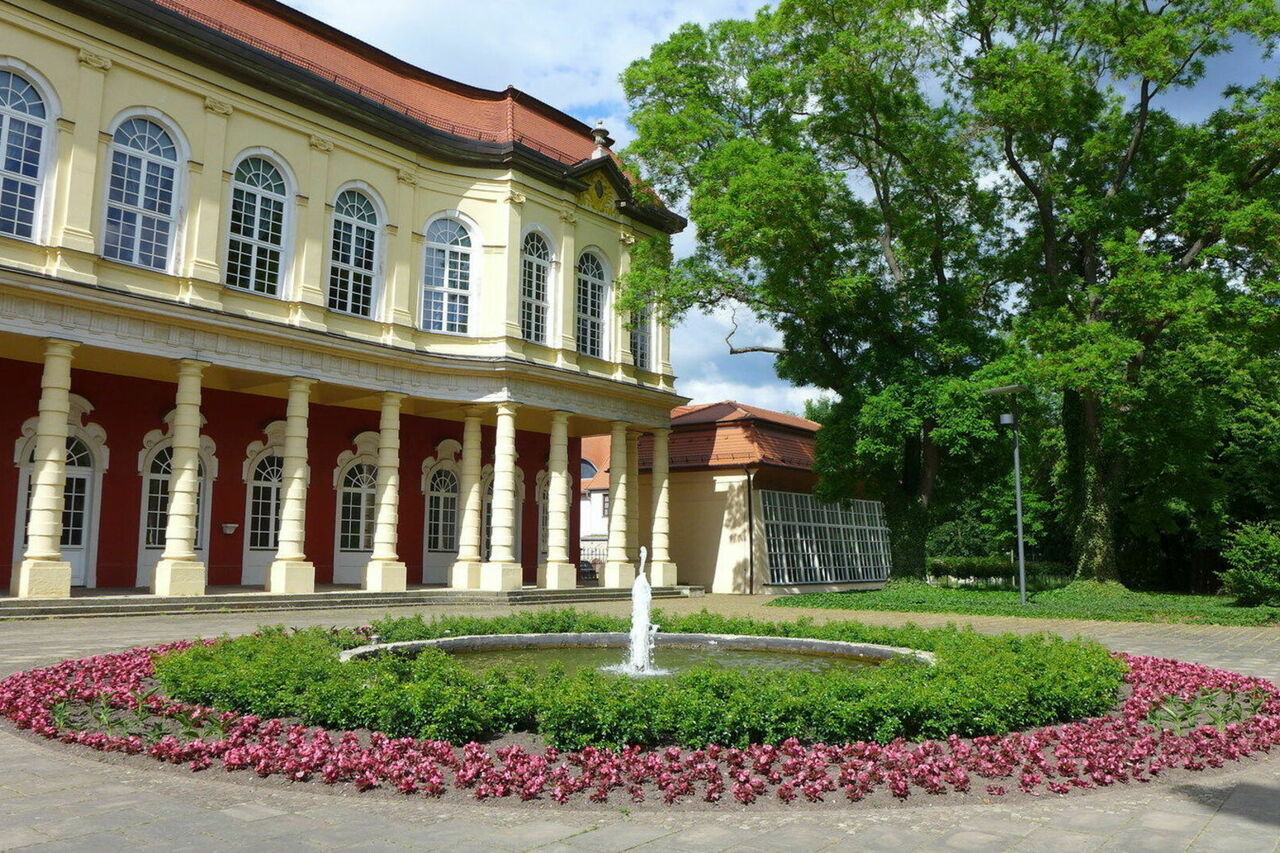 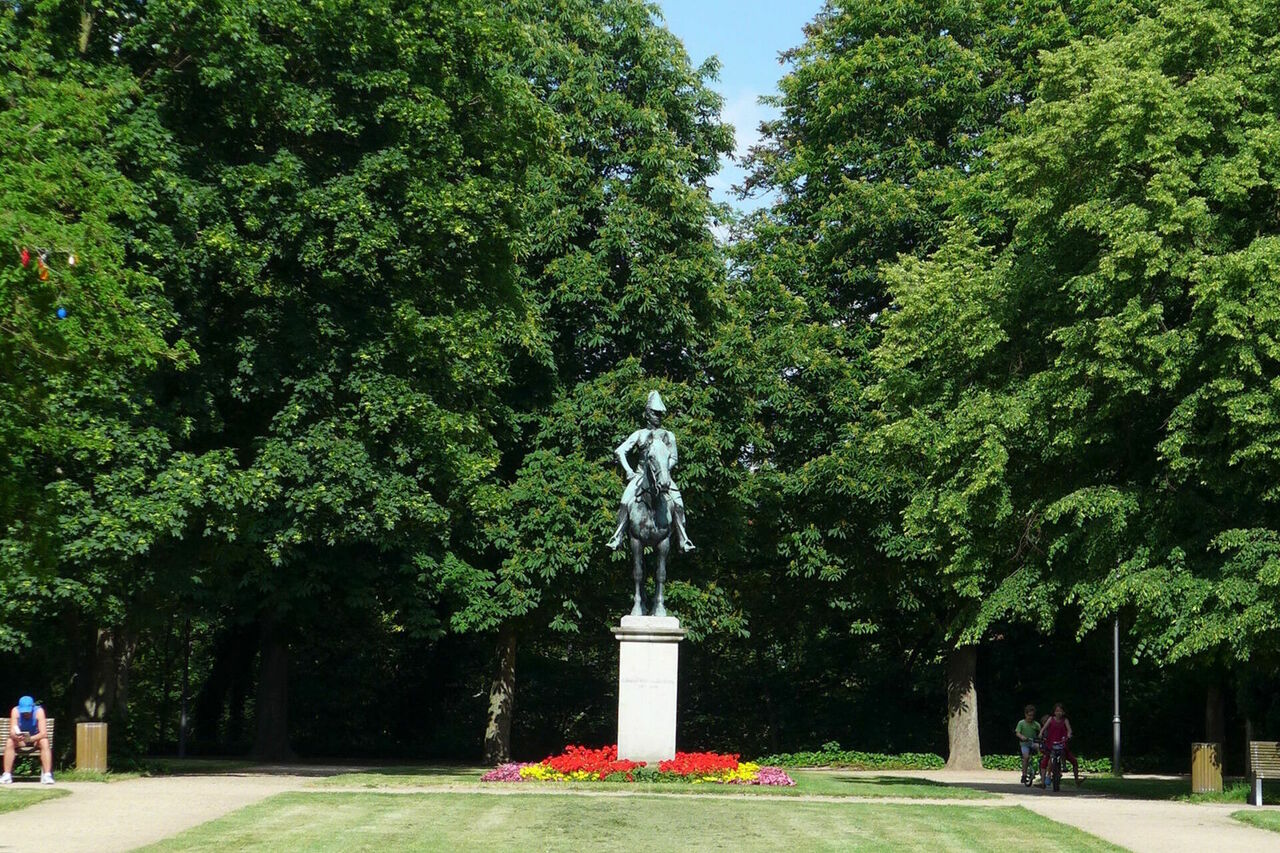 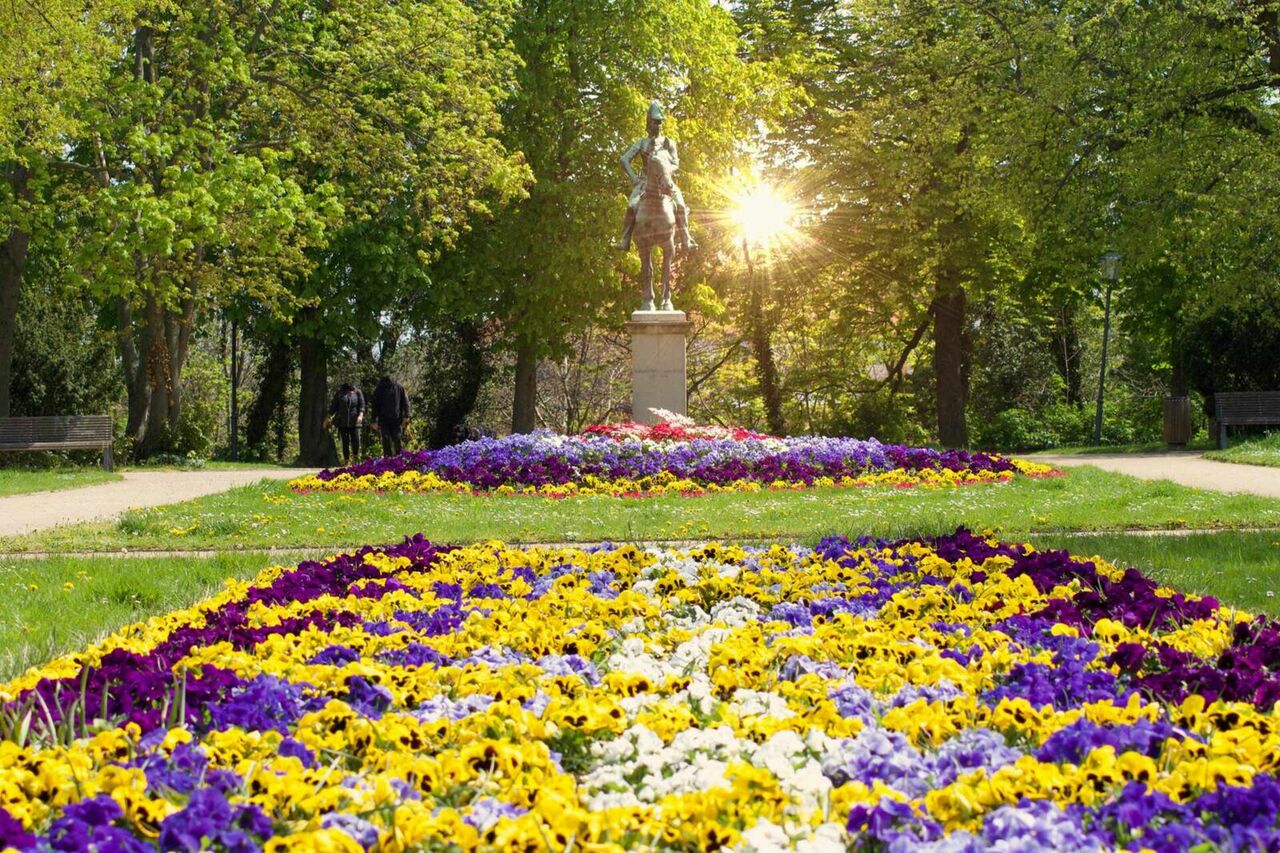 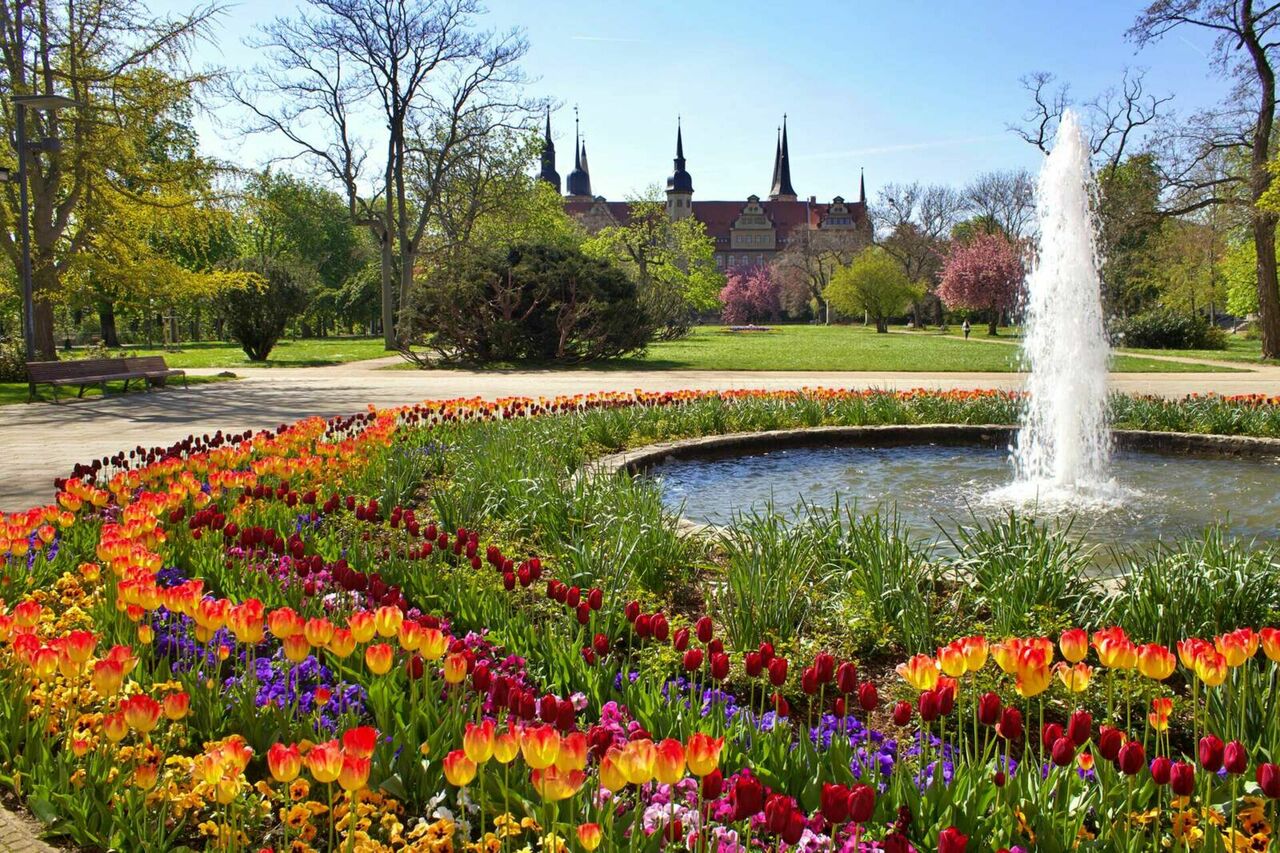 B91 Halle-Weißenfels to Merseburg centre. Cathedral and palace are signposted in town, parking at Schlossgarten, Hälterstraße (near to palace garden) or Georgstraße

Arriving by bus or train
From Merseburg station, about 1 km walk

Palace garden
by appointment through the Tourist-Information, tour available in costume as well
Tel.: +49 (0)3461 / 21 41 70
info@merseburg-tourist.de

Cultural History Museum (in the east wing of the palace)
Exhibition about eras of the "Merseburger Pfalz", local history, and prehistory of the Merseburg region;

about 2,000 pieces in an extensive exhibit of historic igniters and lighters (one of the largest public collections of its kind in Europe);