What was once the ramparts of Gardelegen nowadays runs like a green ring around the medieval town of Gardelegen. A 2.5 km long avenue of 120 years old linden trees passes green spaces, the rose garden and the parts of the city walls that have been preserved, such as the Salzwedel Gate.

The Gardelegen walls are the best preserved in the state of Saxony-Anhalt. The small farming village of Gardelegen, later a member of the Hanseatic League, was already fortified by the year of 1300. In the 16th century the town began to strenghten its walls. It had become rich through the brewing and export of Garley beer. They added massive gates: the Salzwedel-, Magdeburg-, and Stendal-Gate. Ramparts, moats and a lock system to regulate the water level in the moat had been created. The locks would be closed if the town came under attack and create a 300 m wide floodplain around the walls.

The current park that encircles the town was built in the 19th century on the ruins of the former city fortifications. They initially used the space for orchards and vegetable gardens and also moved the cemeteries of the St Nicholas Church and St Mary Church to the new park. A few old gravestones remain to this day.

At the end of the 19th century, a double row of linden trees were planted along the former fortifications as part of the town's expansion beyond its medieval limits and the closure of the cemeteries.

This new promenade provided inspiring views of the city's historic buildings and what was left of the moat that once surrounded the town. Also worth seeing are what remains of the old walls and Salzwedel Gate, the only one of the three gates to survive.

Interesting attractions in the region include the Zichtau Estate. Its gardens first laid out in 1820 and now partially restored. Furthermore the Letzlingen Hunting Lodge, the monastery in Neuendorf and the water mill and village church in Wiepke. 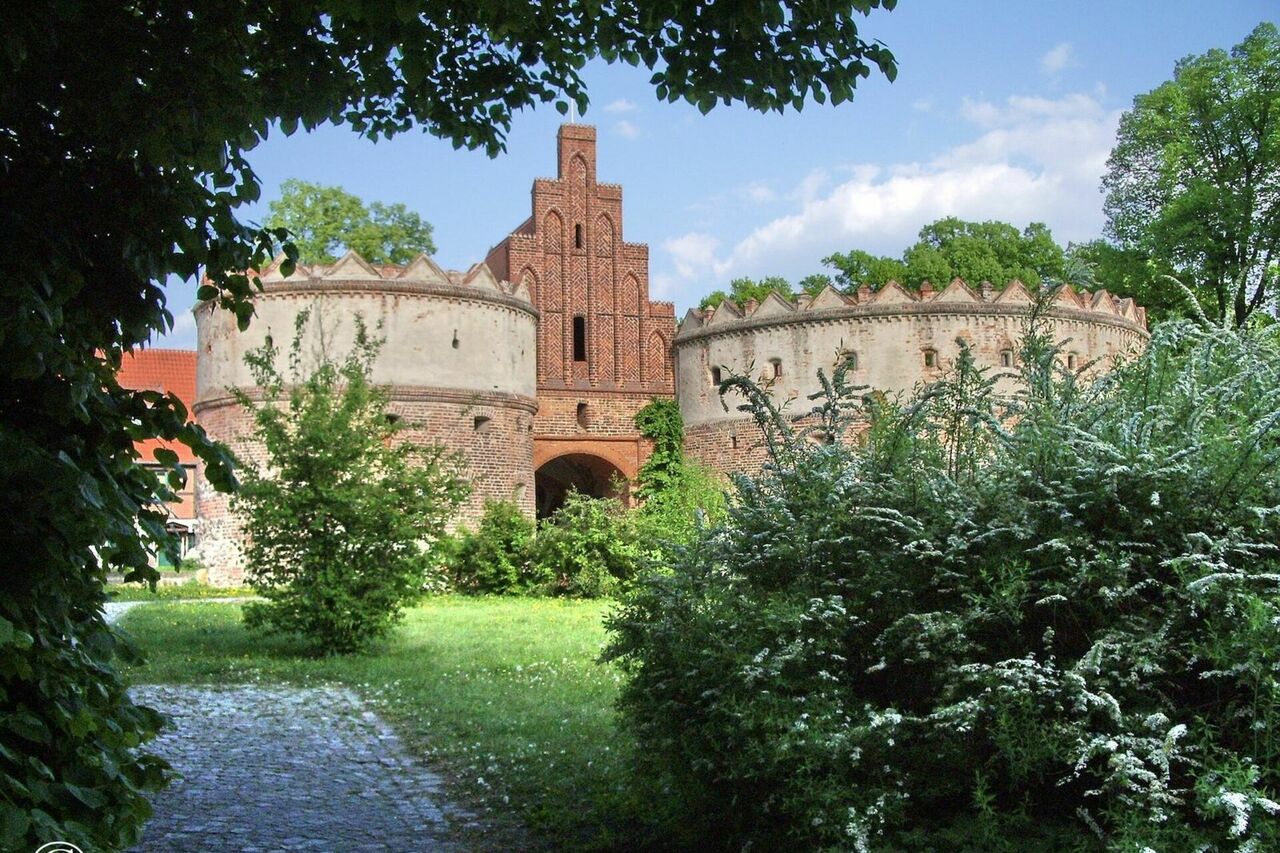 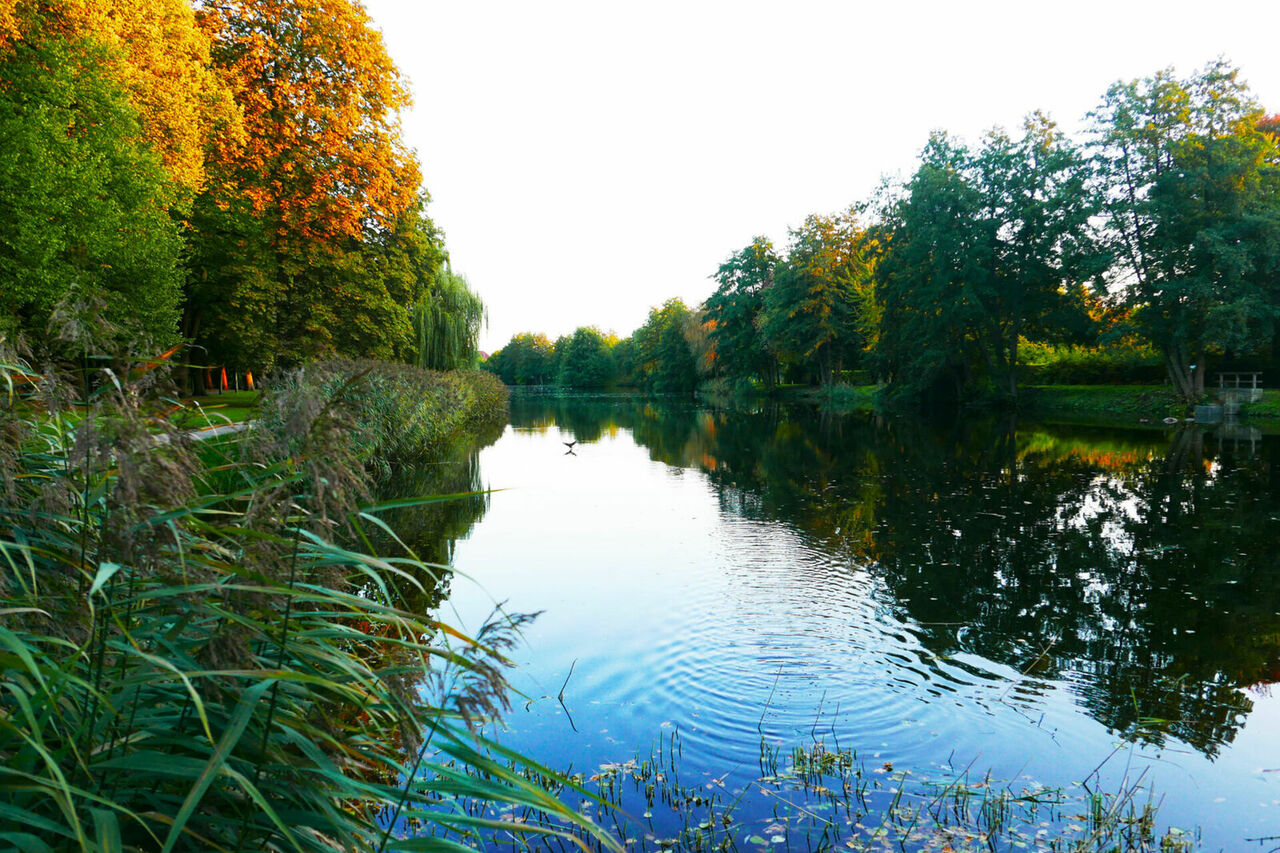 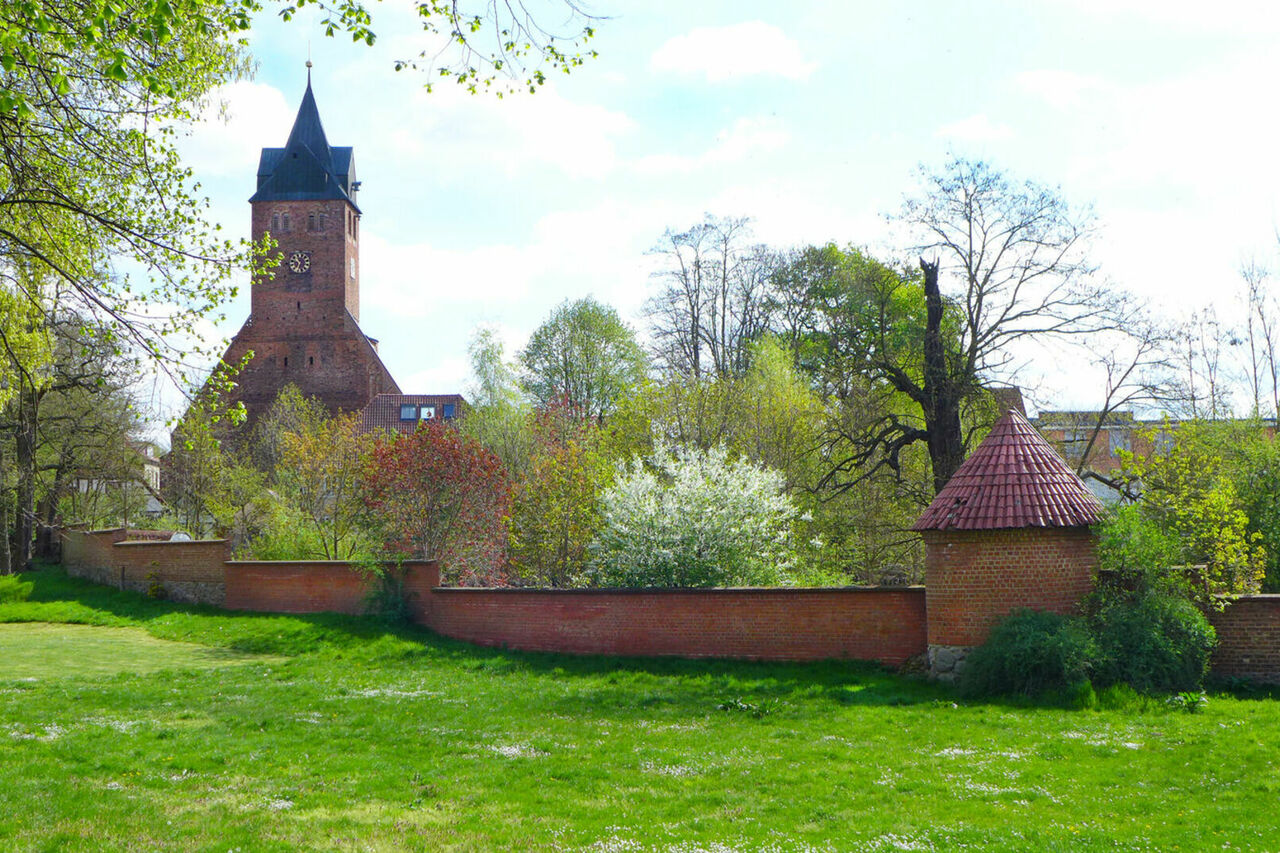 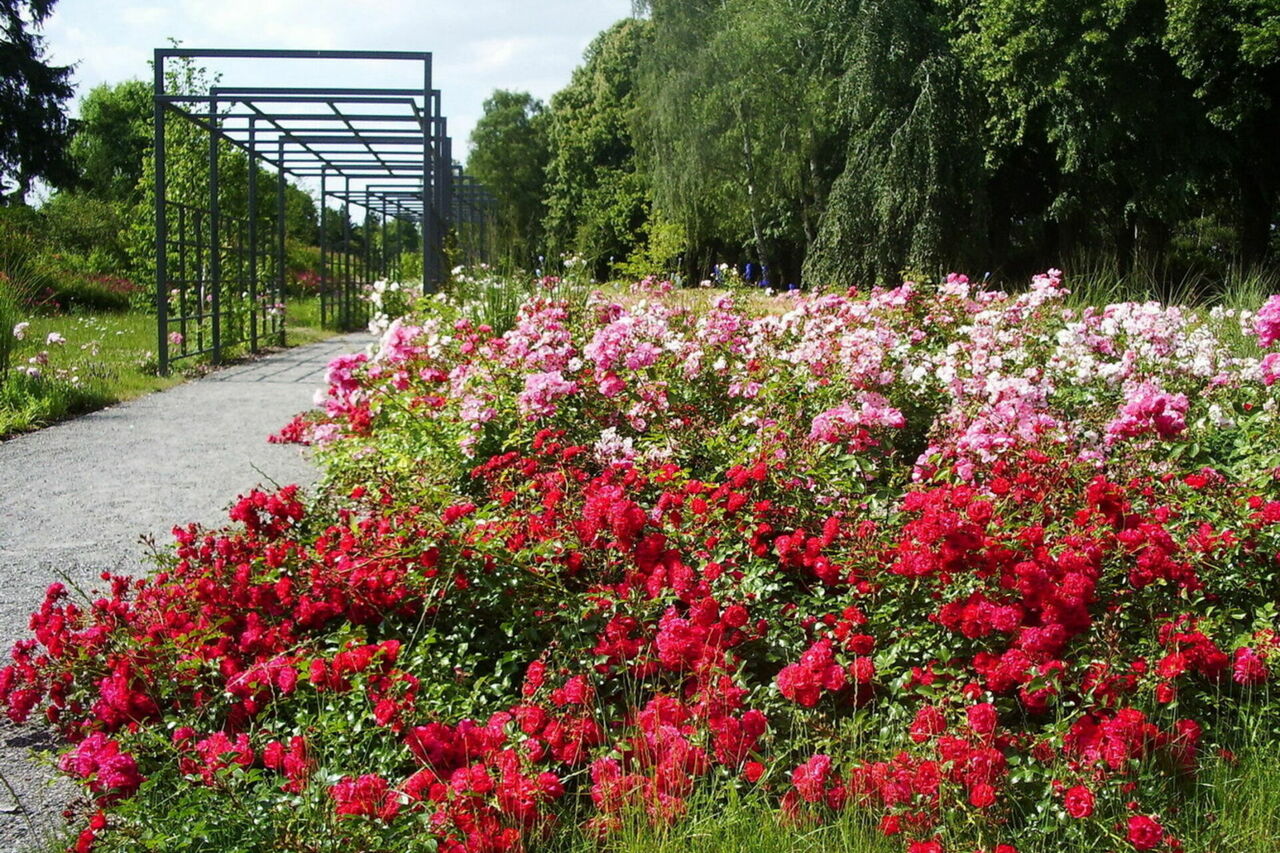 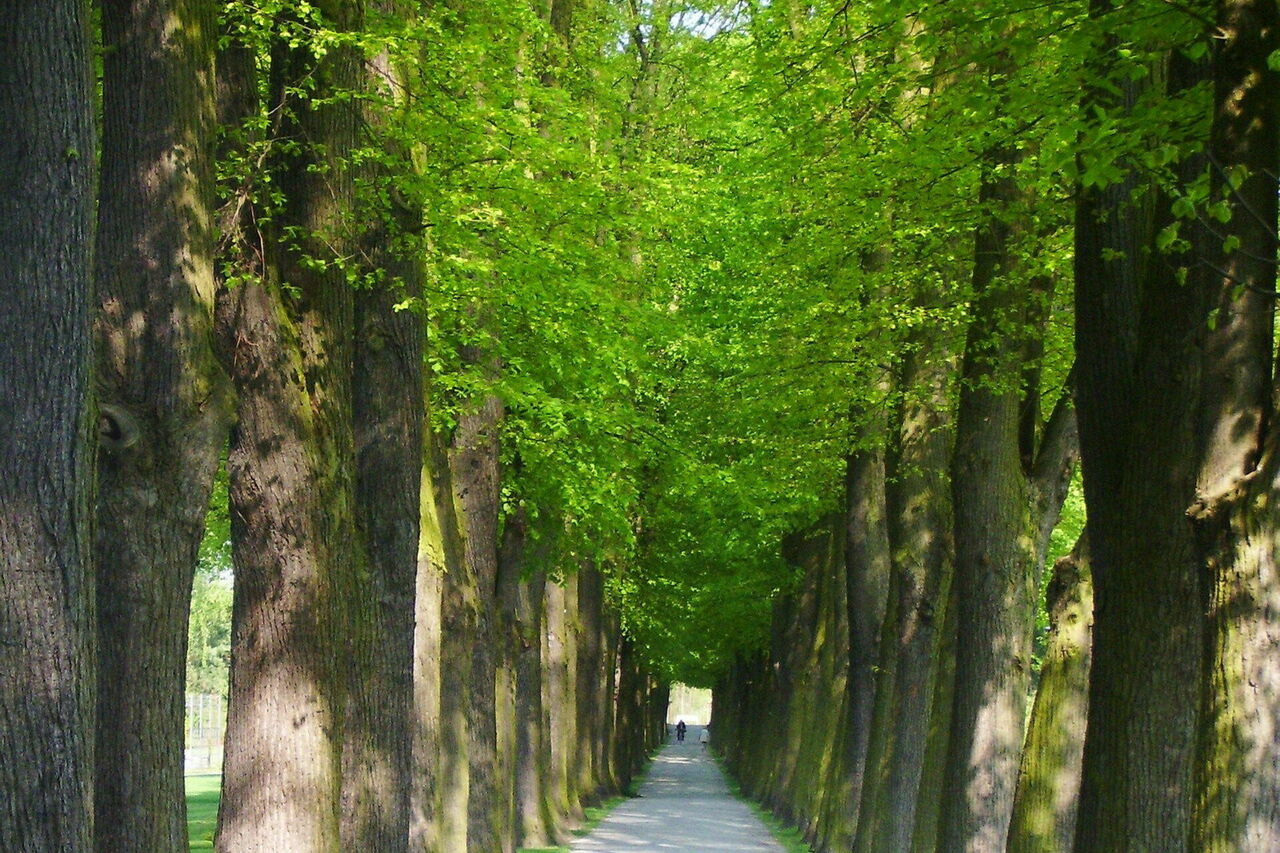 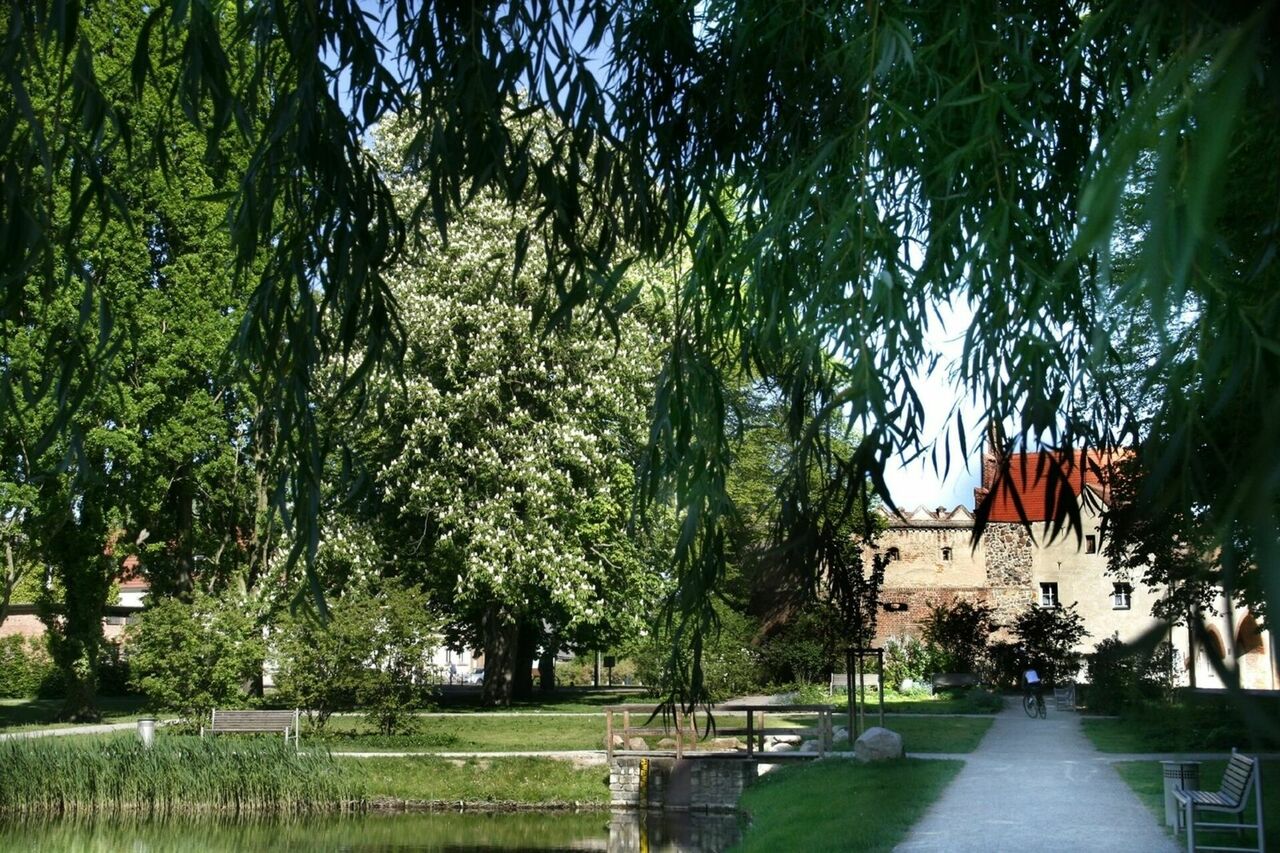 Take the B188 from Wolfsburg or the B71 from Magdeburg and Salzwedel to the historic town centre. Follow the parking signs; free parking is available on Holzmarkt, Postparkplatz, or car park at Schillerstraße (Tivoliplatz)

Arriving by bus or train
Arriving at Gardelegen station, walk down Bahnhofstraße towards the city centre. In about 850 m, you'll reach the park at Magdeburger Tor. Buses run from Magdeburg, Salzwedel, and Klötze.

Special garden tours are possible after registration in the Tourist Information Gardelegen. In addition, thematic guided tours and a walk with Uraltbürgermeister Julius Beck are available.

At the ramparts and in the old town.

Two playgrounds and a vivarium invite families to linger on the ramparts.

Picnic in Bürgerpark (near the Town Wall) possible,
Sports & games on designated playgrounds and in the park.

Sponsorship for flower beds, park areas and trees on request.