At Schönhausen, Otto von Bismarck’s (1815-1898) birthplace, the expansive estate park is located beside the Bismarck Museum. It was created in 1711 as a Baroque pleasure garden with geometric shapes and numerous sandstone figures. A scenic park area was added in the 19th century. Up till this day these two areas are connected by a statue of Hercules.

The Hercules statue probably has no good memories of the former Chancellor of the German Empire Prince Otto von Bismarck. It is said that after an unsuccessful hunt the backside of the Hercules statue had to endure as a target. You can still go on a search for traces today.

Including that it becomes evident: the estate park looks back at an exciting history as an original 18th century Baroque Garden and a designed Landscape Park from the 19th century. The customary geoatrically structured sub-areas define the face of the Baroque Garden. Paths running at right angles to each other, a sophisticated moat system for the water industry, ponds and the trees, hedges and groves cut in a manner so typical of a Baroque plantation still lure visitors into going for a walk there today. In addition to the Hercules the restored garden sculptures around the pond – which enliven the complex despite having a body made of stone – are an eyecatcher.

During Otto von Bismarck’s lifetime, the botanical plenty of the park was already so developed that there was less and less emphasis on the Baroque charm. Thanks to the numerous maintenance and planting measures that have been performed in the last few years or that are still being performed, distinct Baroque traces are clearly visible again today.

Even though the former manor house in the estate park no longer exists today, the road and visual axes in the area of the upper terrace remain of clear beauty. Newly planted lime trees and horse chestnut trees complement this area. Looking towards the north, there are fruit trees on a flourishing meadow again as a symbol of the earlier and future use in the estate park. The impressive three-rowed lime tree boulevard is being renewed in terms of its population.

At the Hercules statue a park bridge will form the connection to the landscape garden from the 19th century. Full-grown grove groups, pin oaks, ornamental shrubs and meadows characterise this section of the park. 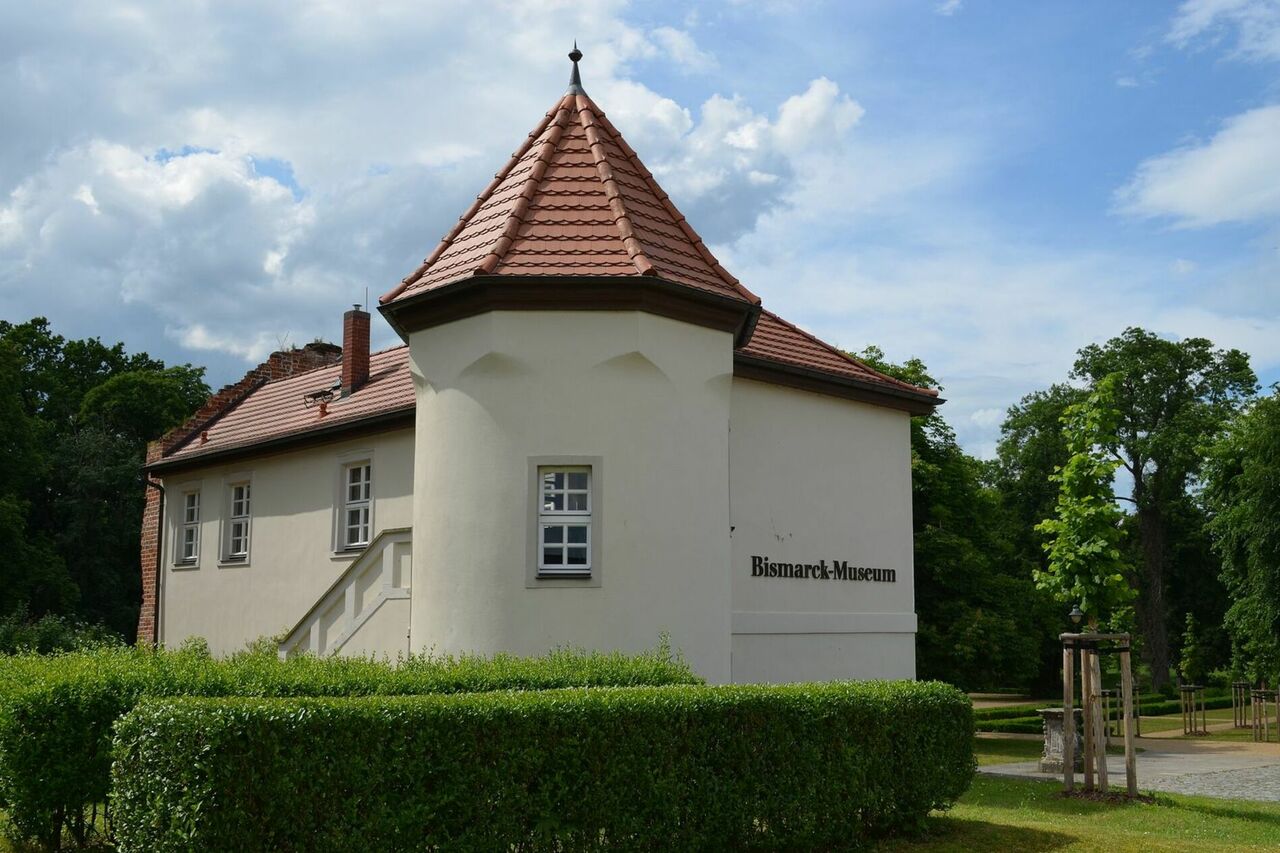 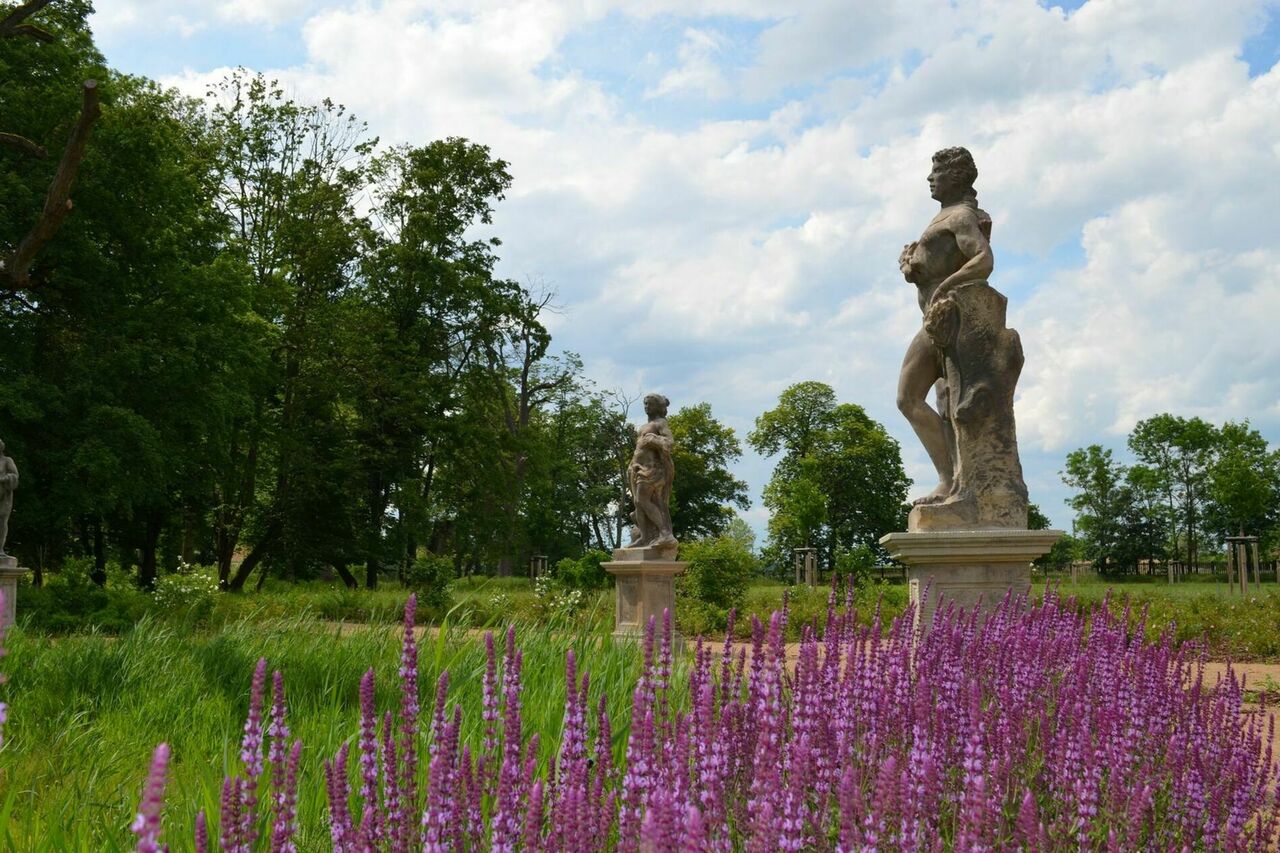 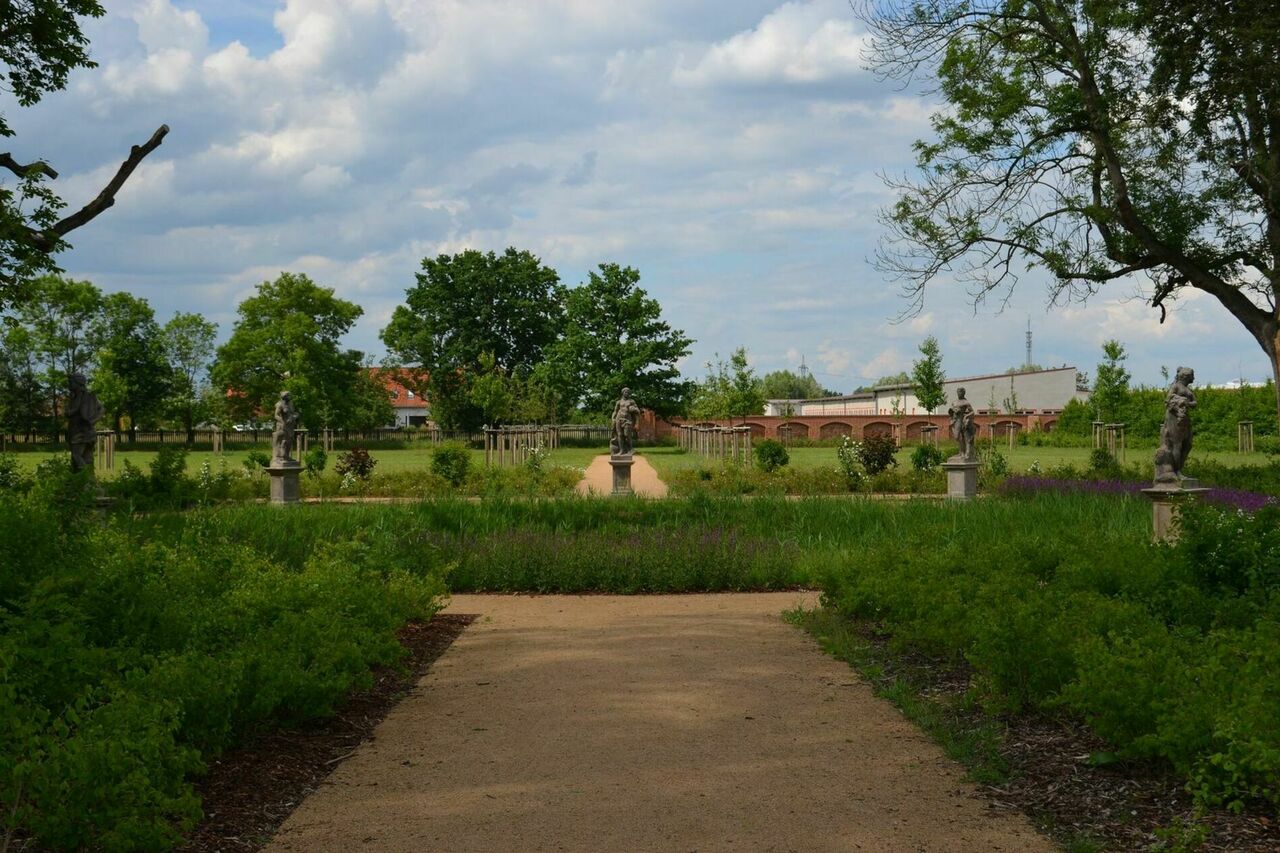 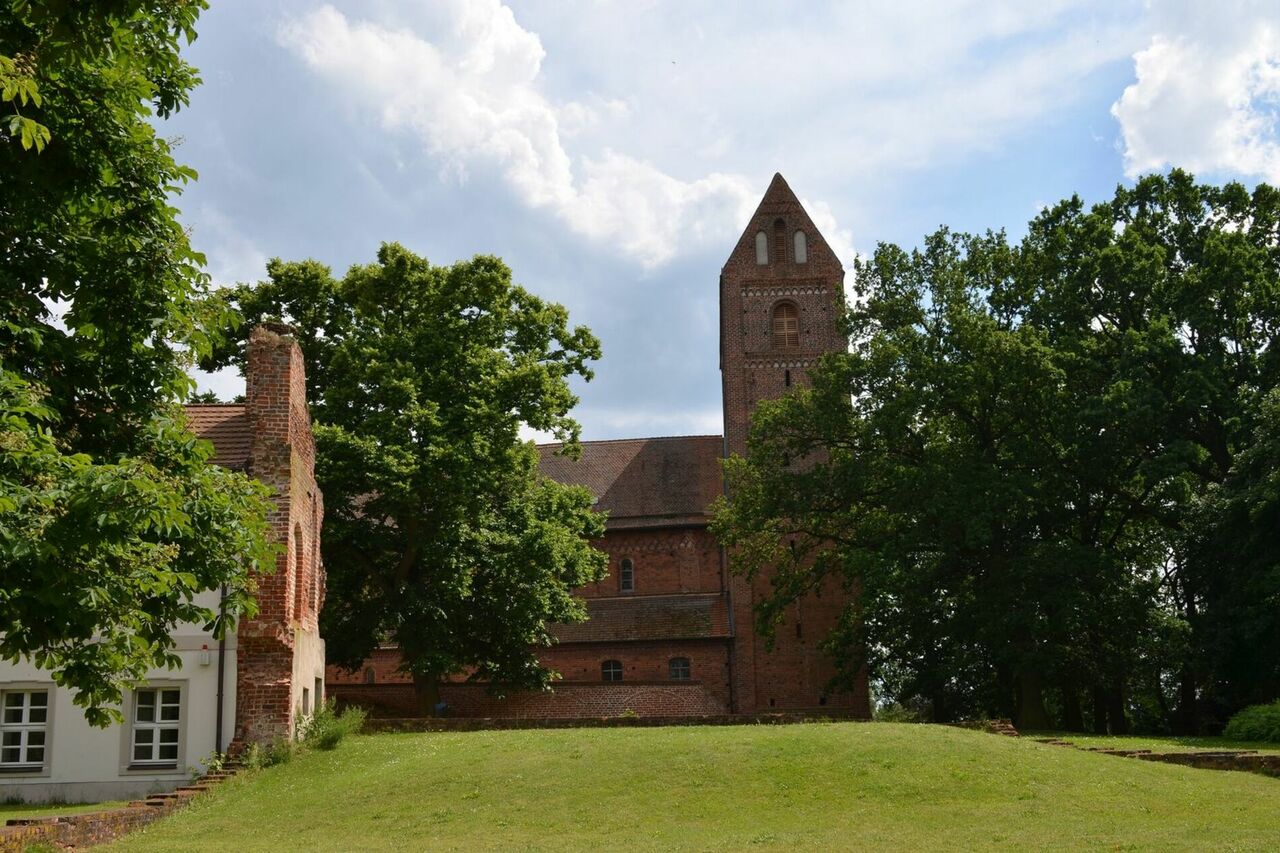 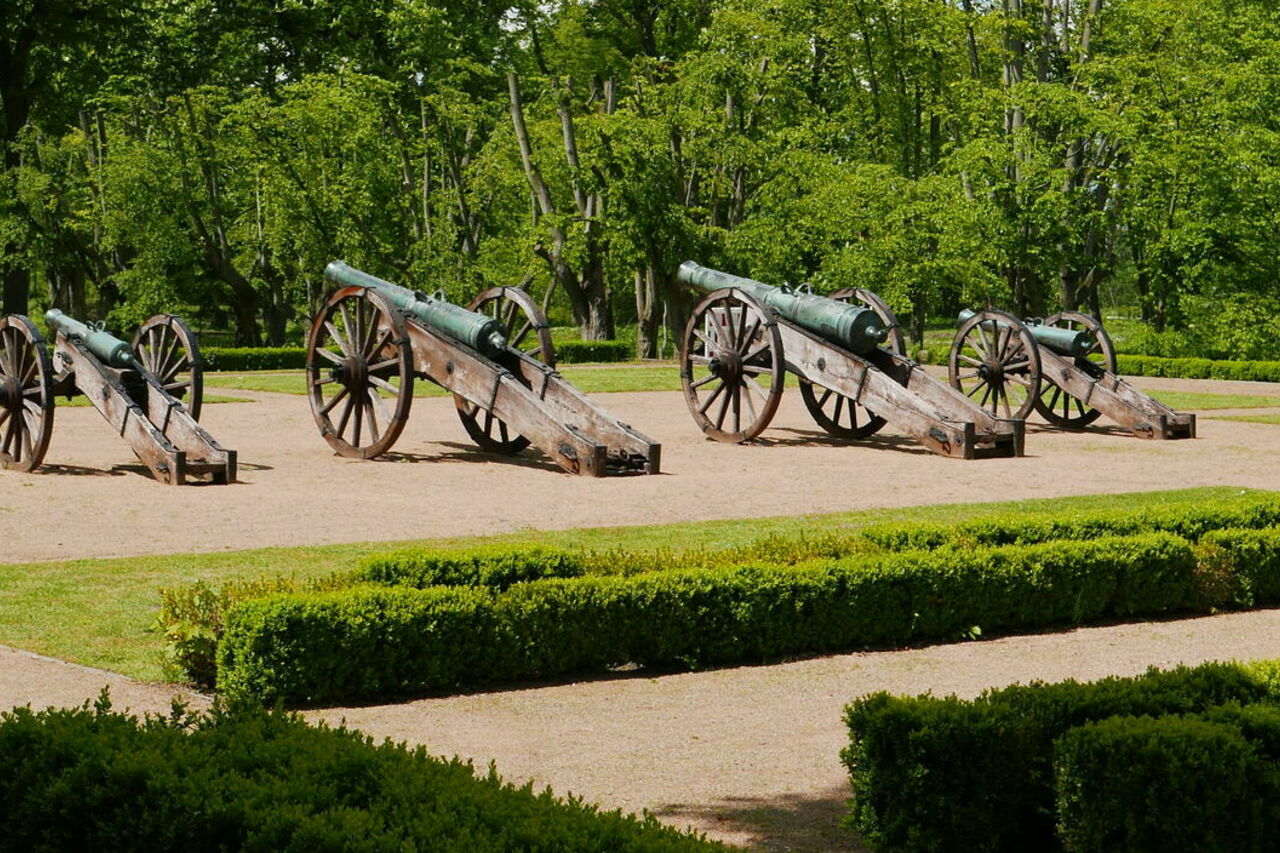 From the direction of Magdeburg
via the B189 towards Stendal, then change to the B188 towards Rathenow. Turn at the B107 exit towards Havelberg; the next place is Schönhausen (Elbe).

From the direction of Berlin
Take the B5 via Nauen; shortly before Friesack, go onto the B188 towards Rathenow/ Stendal at the roundabout. Turn at the B107 exit towards Havelberg; the next place is Schönhausen (Elbe).

From the direction of Hamburg
depart via the A24 as far as the B103 exit towards Pritzwalk. In Pritzwalk, drive onto the B107 towards Havelberg/ Genthin.

Arriving by public transport
Schönhausen train station is approx. 1.4 km from the park

Bismarckstr. 12 bus stop is approx. 350 m from the park (bus route 900 from Stendal to Glöwen via Havelberg)