With its well-kept floral displays and grass surfaces as well as the over-90-year-old palm trees, the spa gardens of the brine town of Bad Dürrenberg convey the flair of the former health spa business. The wooden, 12 m-high graduation towers are defining. At over 600 m in length, they form Germany’s longest graduation towers. Visitors can refuel and recover in the saline air along the graduation towers and in the cold inhalation hall. Further attractions of the gardens include the brine dwarf, the plum tree pergola, the flower clock, the palm tree and bird house as well as information on archaeological findings (Dürrenberg shaman, c. 6500 B.C. - oldest known burial in Saxony-Anhalt).

The establishment of the spa gardens is closely connected to the use of the brine source found in Dürrenberg in 1763. Soon after it was tapped, the curative effect of the brine was recognised, and in addition to the salt production, the spa business also developed soon afterwards. The bathhouse was constructed in 1846 and Dürrenberg became “Königlich-Preußisches Solbad Dürrenberg” (Royal Prussian saltwater spa Dürrenberg).  The development of the spa gardens area began at the end of the 19th century. Here, the garden planners were guided by the purpose of the complex and the typical perceptions of garden design in the late 19th century. To allow people to go for walks in the saline air, paths with grass banks and benches were set up along the graduation towers, which were 1,821 metres long at the time. In addition, a rich plantation and the integration of small-scale architecture made the southern part of the spa gardens an attractive setting for the saltwater spa. Today, the plum tree pergola – which has since been renovated – continues to bear witness to this. Since the late 1920s, the spa gardens area has been expanded and the older parts of the complex have been reshaped.

Today, the archaeological site of the “Dürrenberger Schamanin” (Dürrenberg shaman) is also integrated into the garden design and testifies – along with the menhir – to the exciting prehistory of the spa gardens area.

The entire complex is open to the public during the opening hours. The range of services include a children’s playground, tours, cultural and music events, festivals, markets and exhibitions. 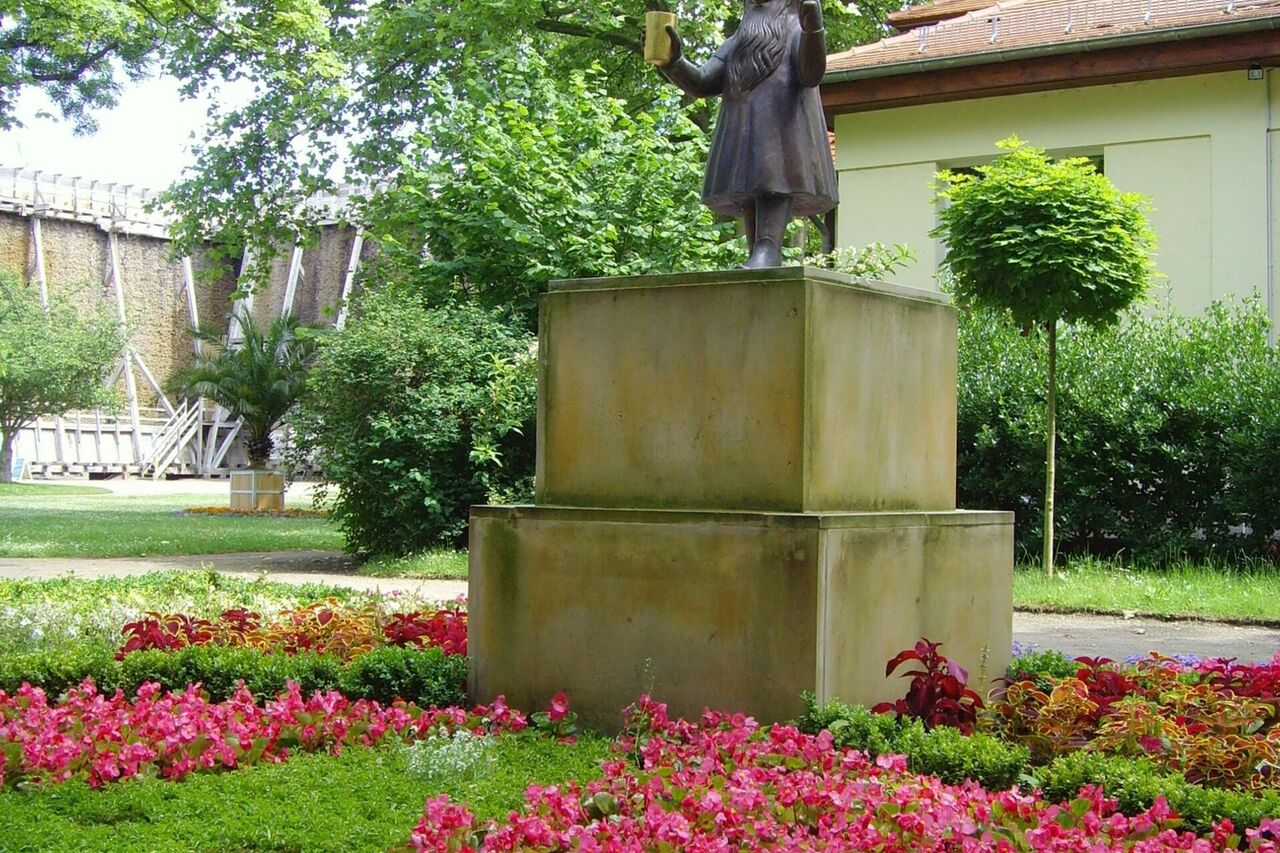 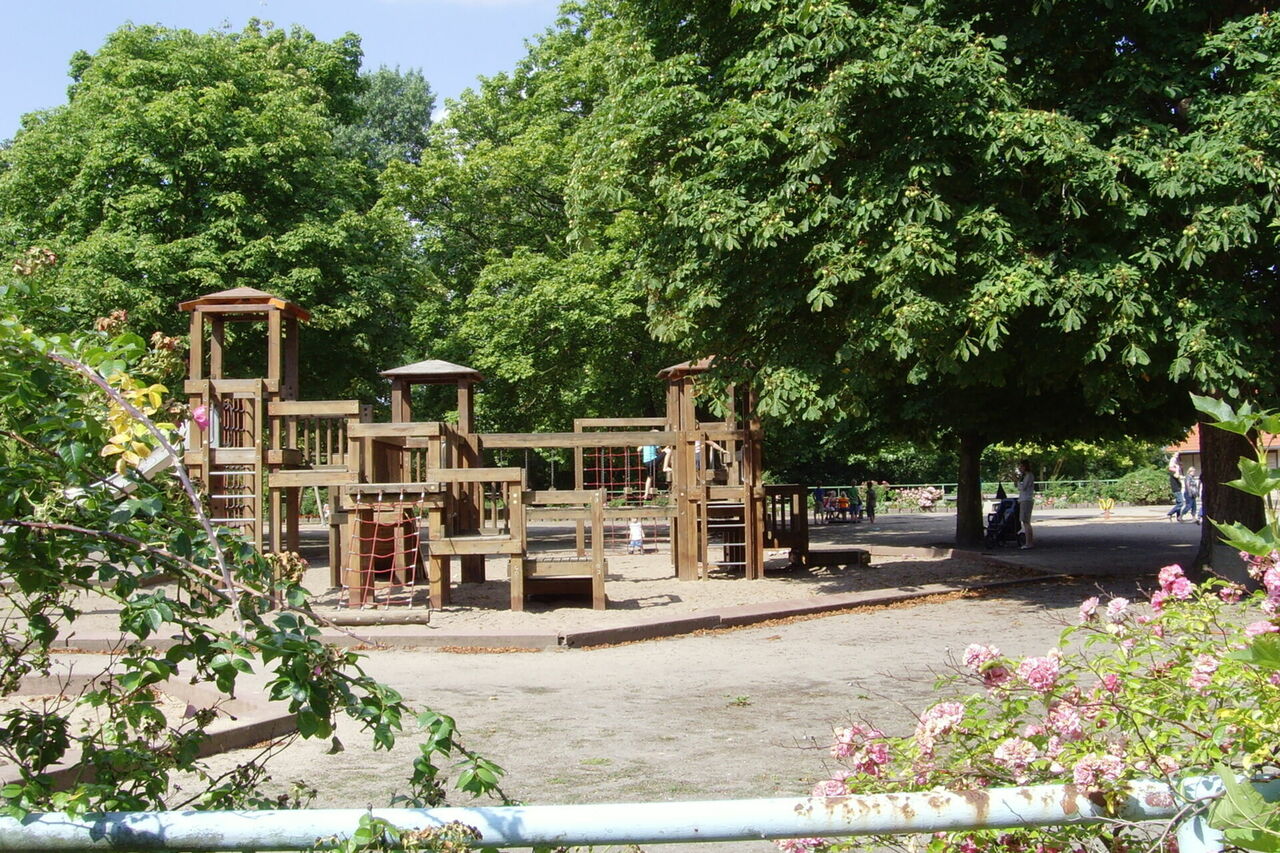 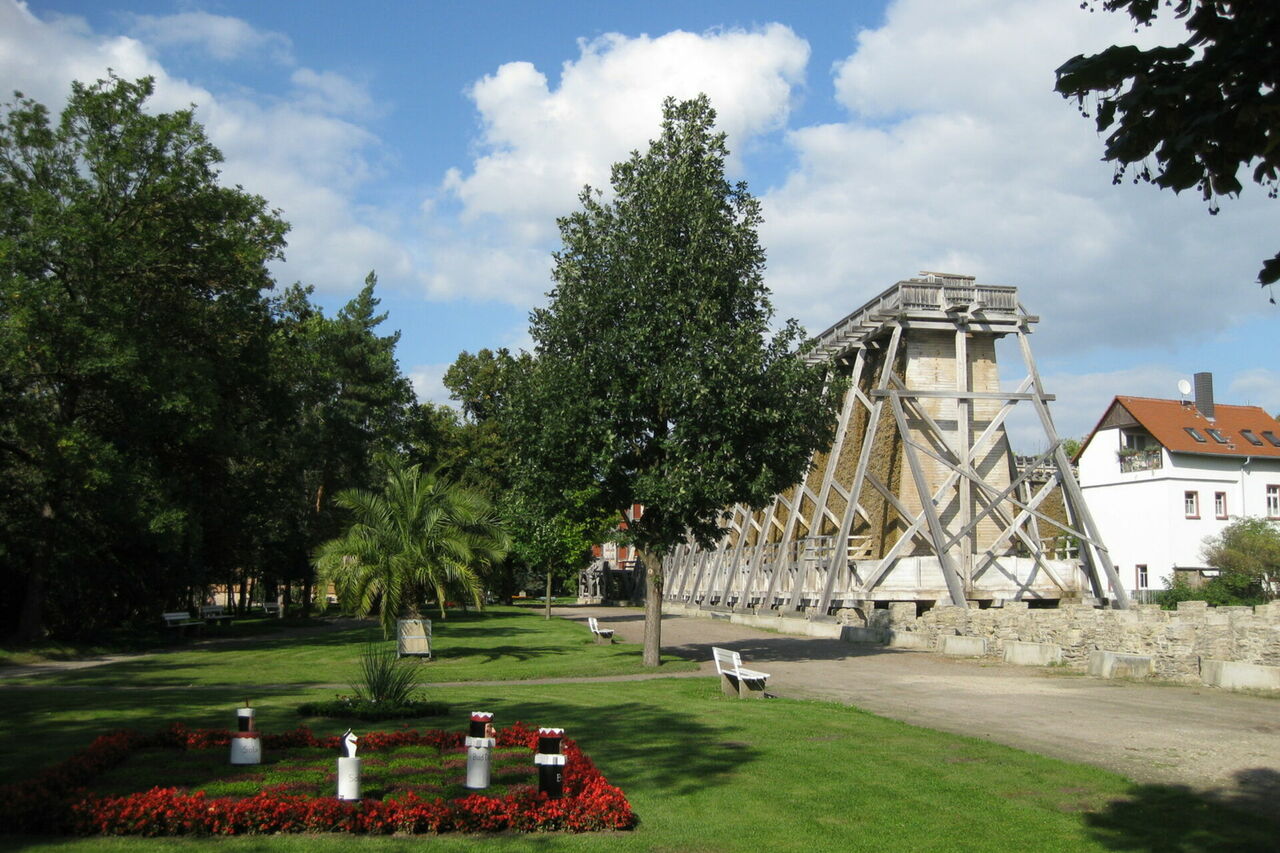 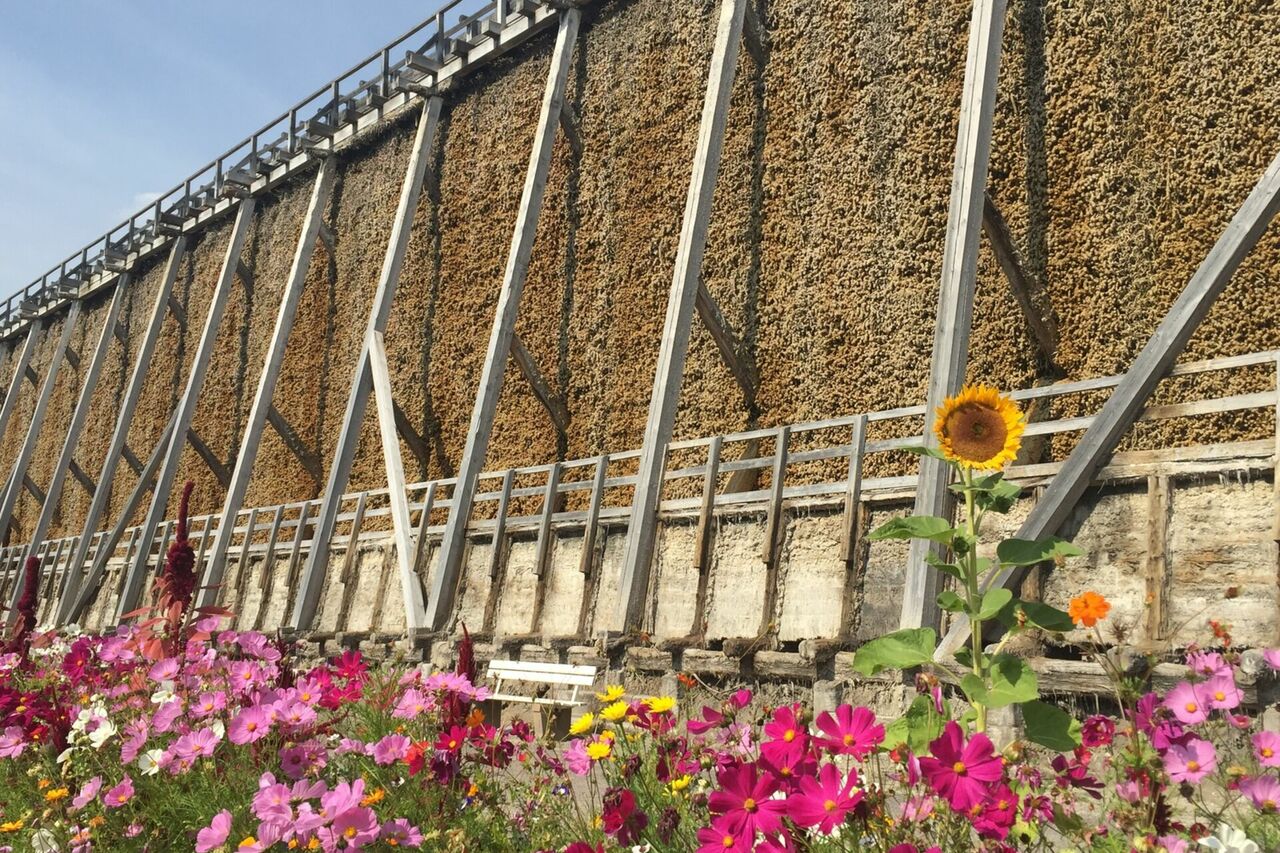 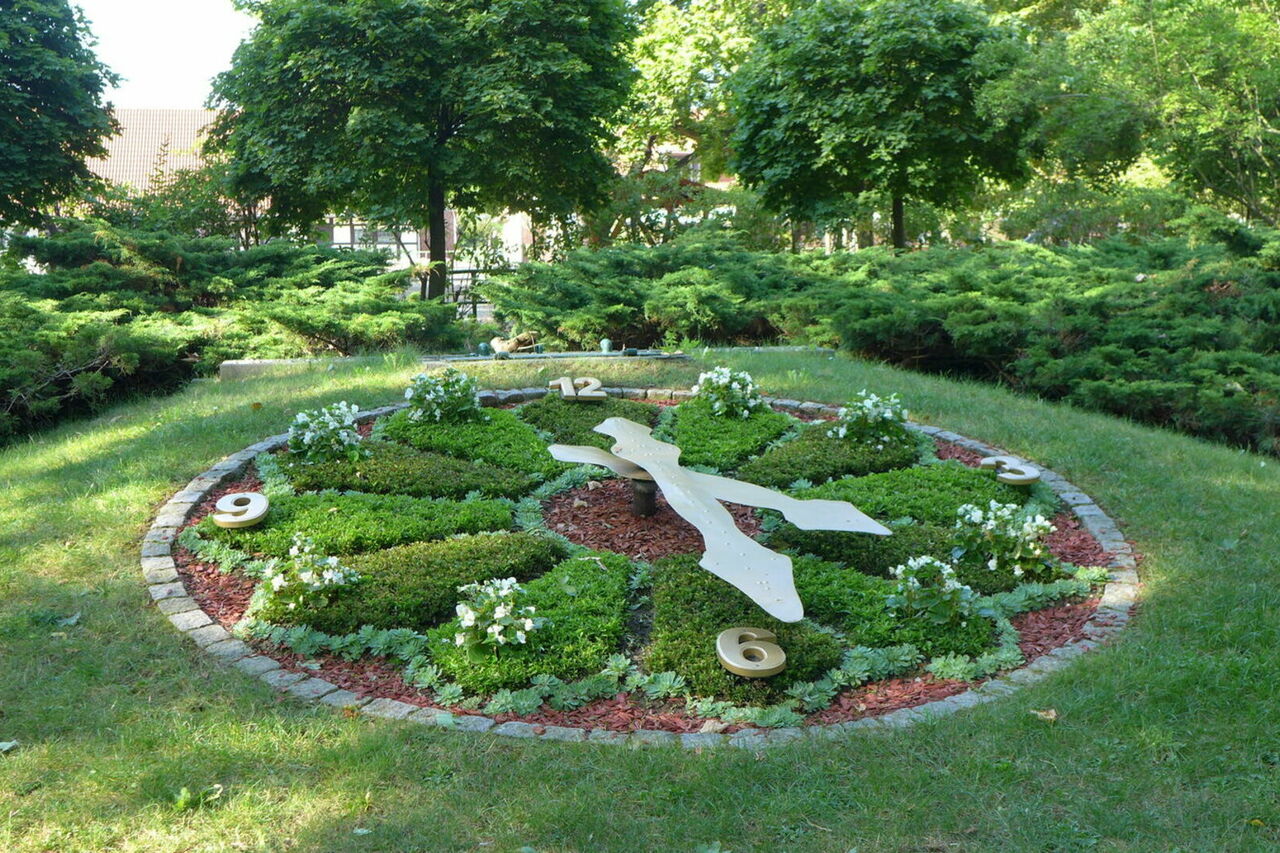 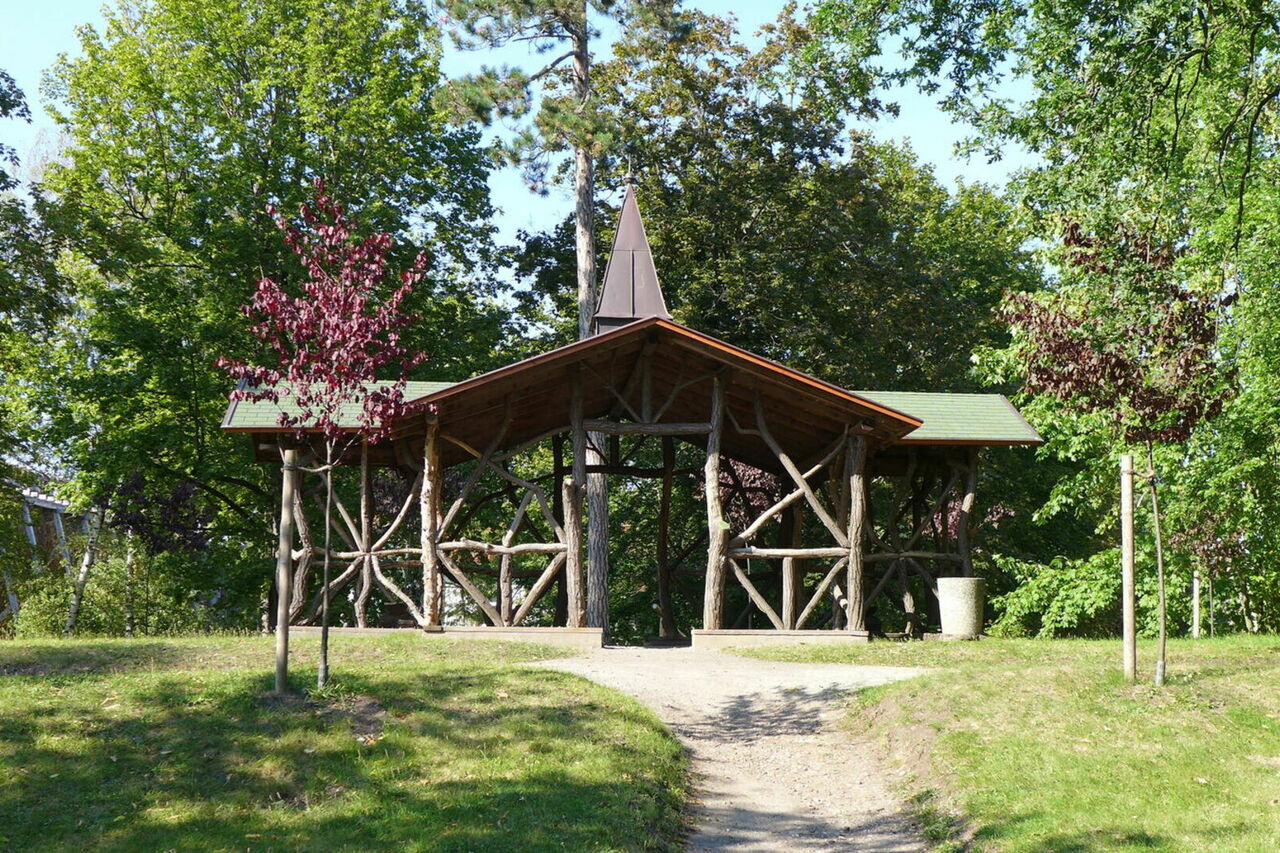 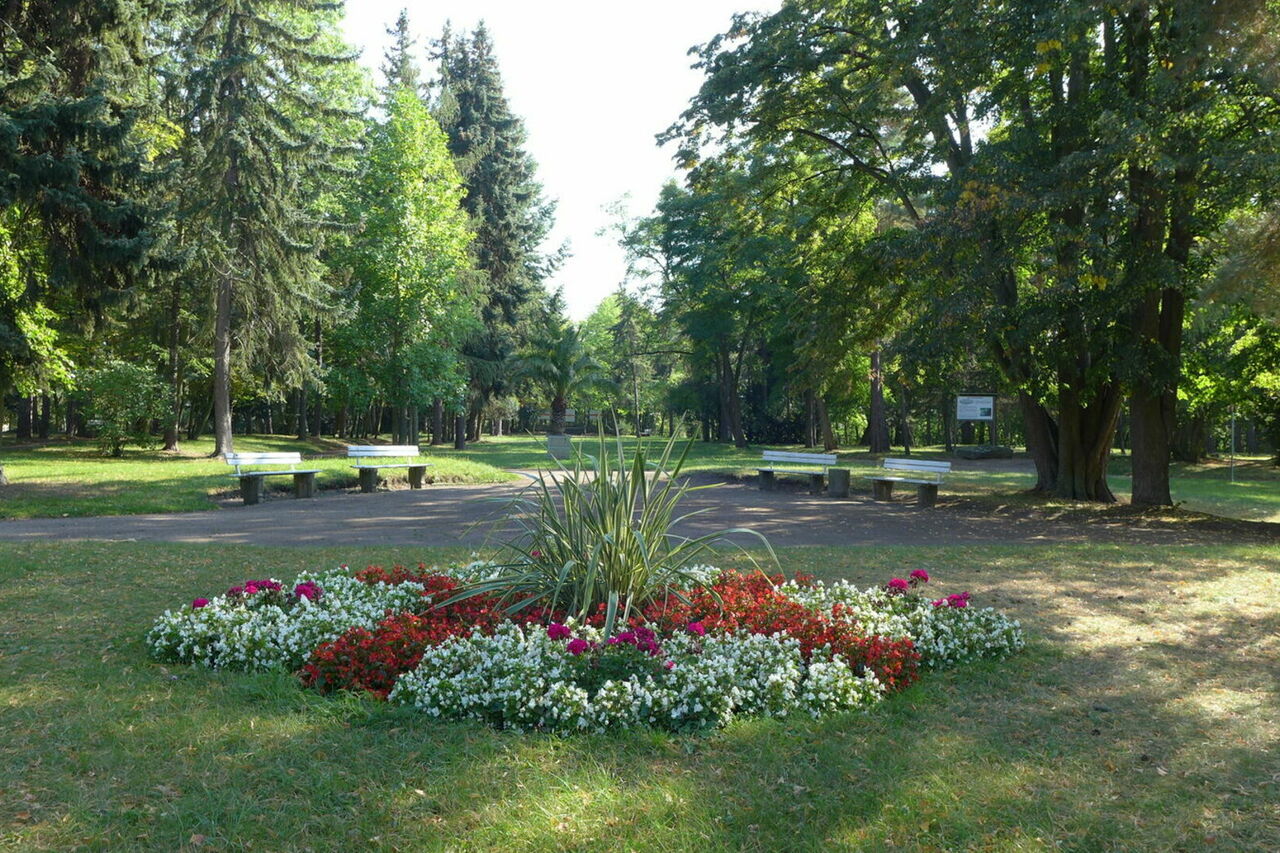 Arriving by car
if coming to Bad Dürrenberg from the direction of Leipzig or motorway 9 (motorway exit Bad Dürrenberg), follow the signs in the town

from the B 181 towards Bad Dürrenberg, follow the signs in the town

Tram -(Technical Line 5 from Halle via Schkopau, Merseburg and Leuna to Bad Dürrenberg) – “Kurpark” (spa gardens) stop. The spa gardens can be reached in 5 min on foot.

Train – approx. 800 m to the spa gardens from Bad Dürrenberg train station; on foot or use of the tram change options (“Kurpark” (spa gardens) stop)

(Guest) tours – with guides in historical attire on request – including on the themes of Borlachmuseum or “Bad Dürrenberg shaman”. Bookable via the tourist information centre
Tel.: +49 (0) 3462/ 83990, tourist@badduerrenberg.de

Overnight accommodation options in or beside the park:

Further accommodation options are provided by:

Exhibitions with alternating themes are held at the palm tree and bird house. At the Borlachmuseum, there is a permanent exhibition on salt and saline history.

Souvenirs for sale at the palm tree and bird house.

Brine can be breathed in in the cold inhalation hall.

It is possible to sponsor animals at the palm tree and bird house.
Donations/sponsorship for the preservation of the graduation towers, the spa gardens and the flower clock are possible. The person to contact for this is the mayor of the town of Bad Dürrenberg.