48. Burgscheidungen Palace and Garden on the Unstrut

Coming from Freyburg, the imposing Burgscheidungen Palace suddenly appears high above the valley of the River Unstrut. The site's impact is created by the cliff on which the palace stands. The palace has an Italianate air about it, with symmetrical paths, sculptures, topiaries, and a grotto. At the end of the slope is a landscaped garden area enclosed by a canal.

After an eventful history and several owners, the castle, first mentioned in the 9th century, was acquired by Levin von der Schulenburg. He commissioned Saxon builder David Schatz to redesign it into a Baroque palace. Only the northern and eastern wings of the new palace were built; the southern and western wings remain from the Renaissance period.

The palace park with its terraced slope and grotto inspired by the design of the Thetis Grotto at Versailles is surrounded by a canal fed from the Unstrut. The grass-covered slopes of the terrace garden are decorated with eleven large pieces by Altenburg sculptor Joseph Blühme, symbolising the individual months. What was once a Baroque leisure garden in the valley was redesigned at the end of the 18th century into a landscape park and is now home to an impressive collection of old trees.

One of the palace's most famous residents was Anna Constantia von Brockdorff, later Countess of Cosel and mistress to Saxon King August the Strong. She had previously been married to Adolph Magnus von Hoym, a former owner of the palace, and had lived here from 1699 to 1705.

The subsequent owners, the von der Schulenburg family lost their property during the Communist agrarian reforms in the fall of 1945. The palace was then converted into a convalescent home in 1946 and then used as a country school for leaders of the Pioneers, the Communist youth organisation, from 1951. Between 1955 and 1990, the palace was owned by the East German CDU party, which used it as a central training centre.

Since 2008, the palace and gardens are back in private hands and are gradually being restored.

The area around the palace offers a number of interesting excursions, including numerous places with historic significance. It is worthwhile visiting Naumburg Cathedral, the Nebra Sky Disk, Memleben Abbey, and Kirschscheidungen Manor. 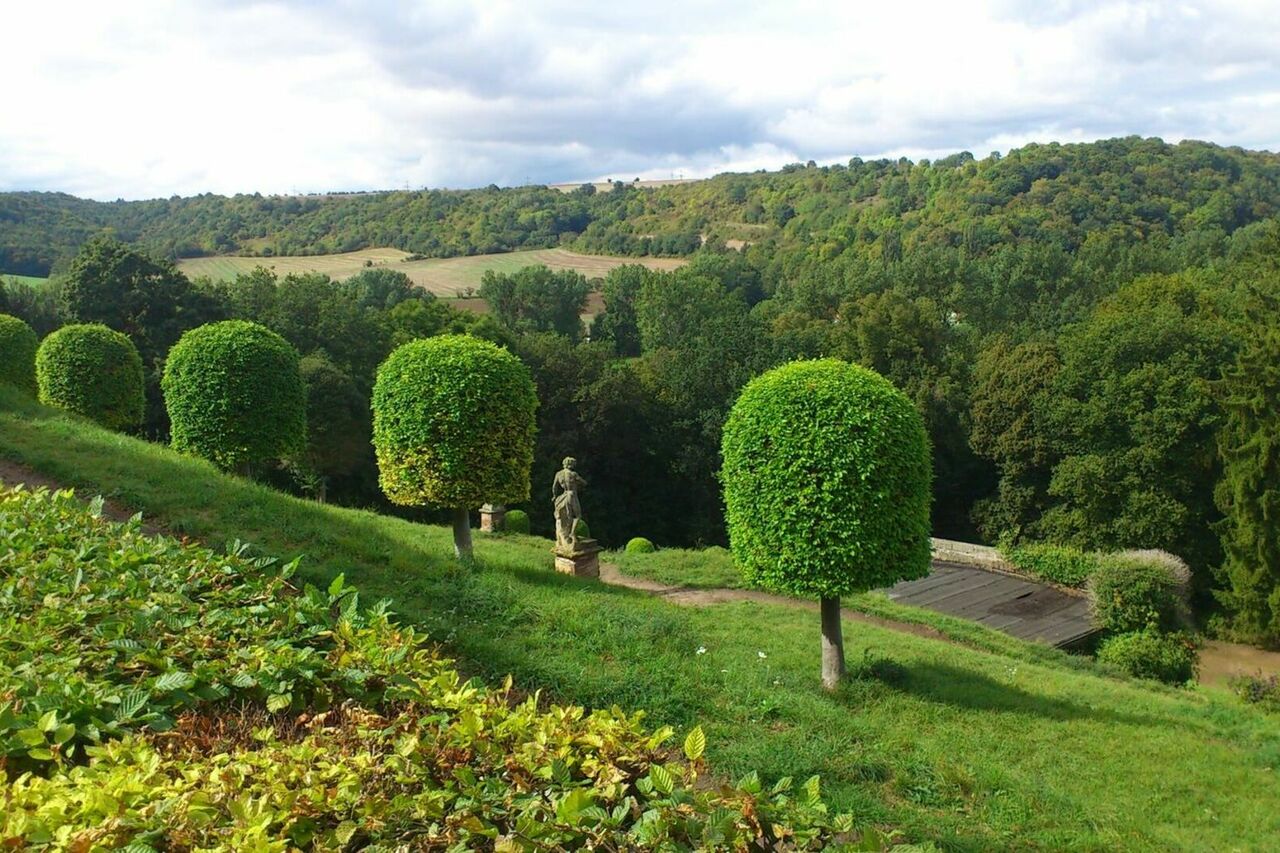 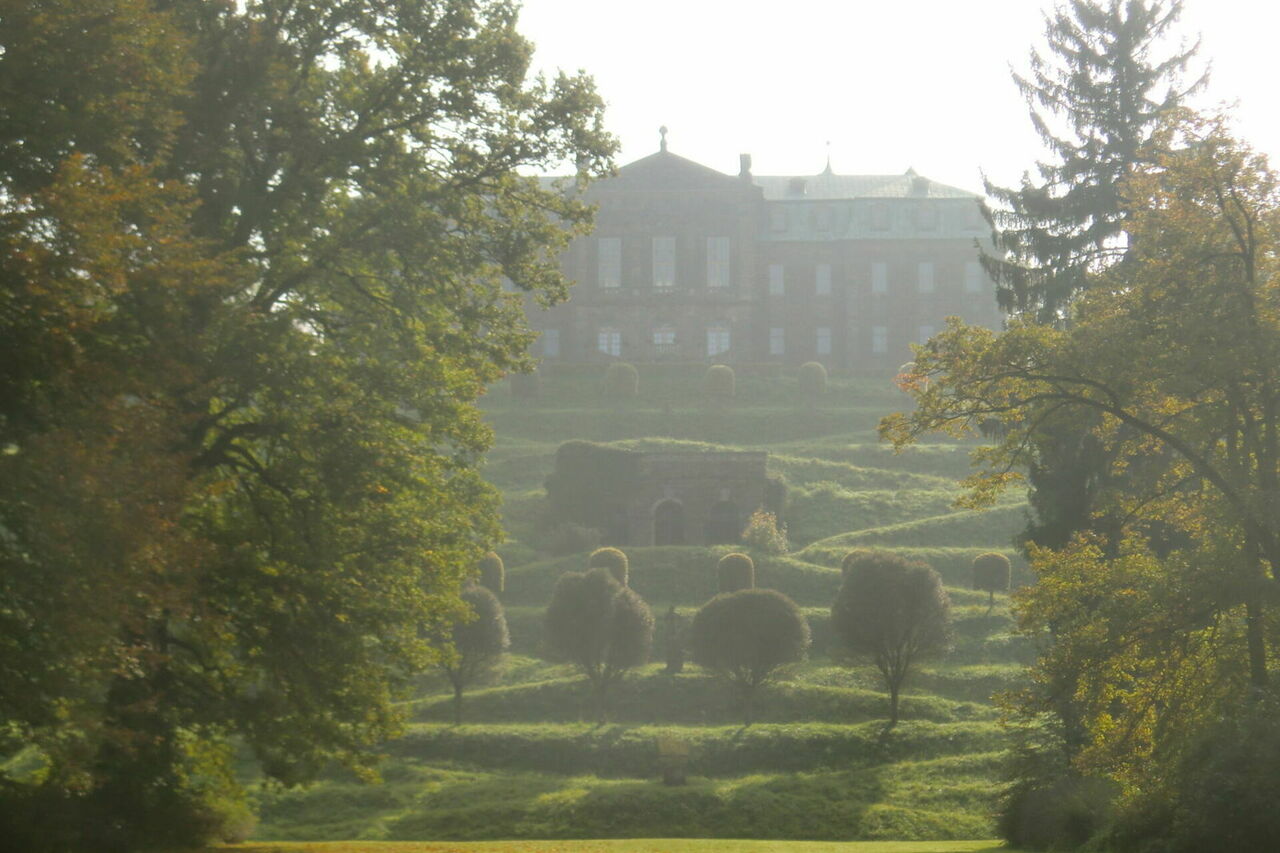 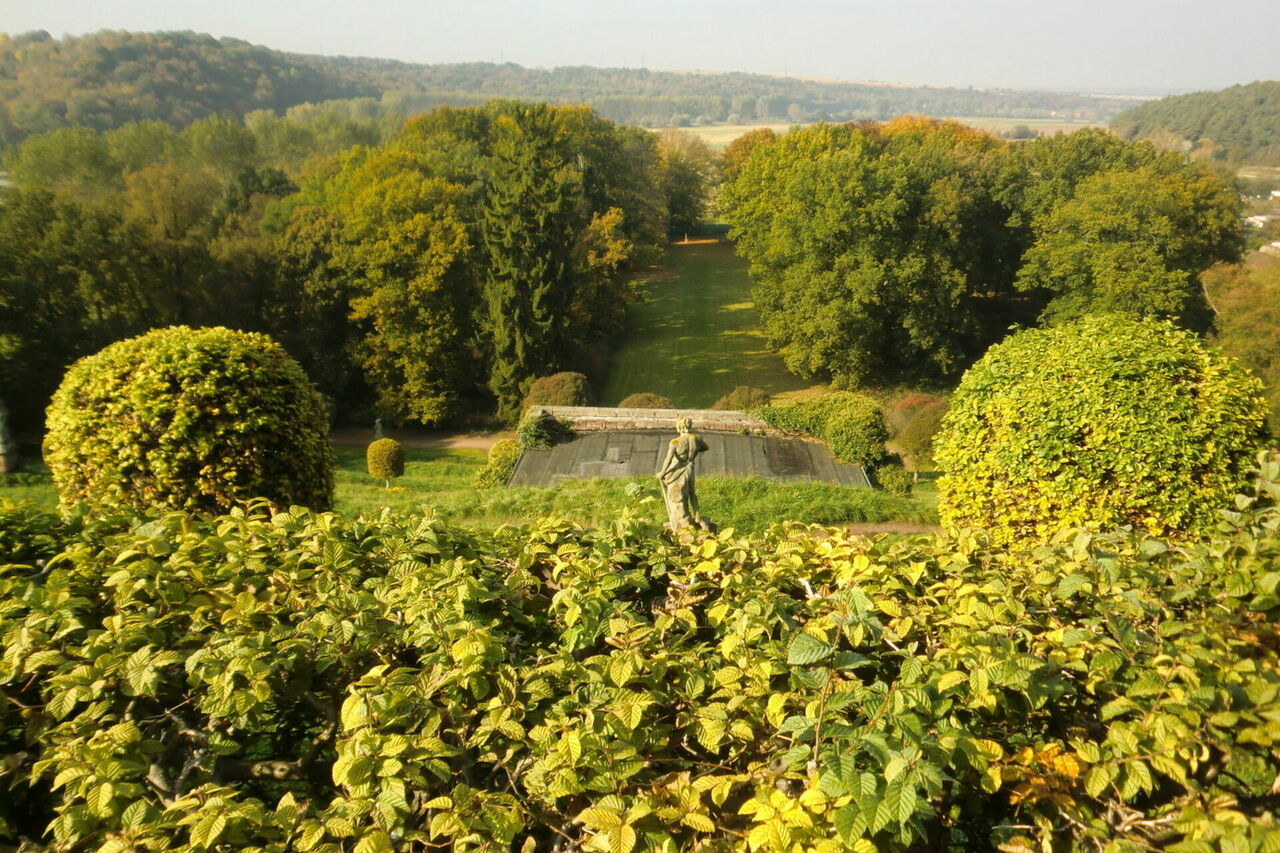 Burgscheidungen Palace and Garden on the Unstrut
load events

Burgscheidungen Palace and Garden on the Unstrut

Park and Palace are currently closed.

A9 (Exit Weissenfels), continue on B87/B 176 to Laucha, turn off towards Burgscheidungen, parking on site